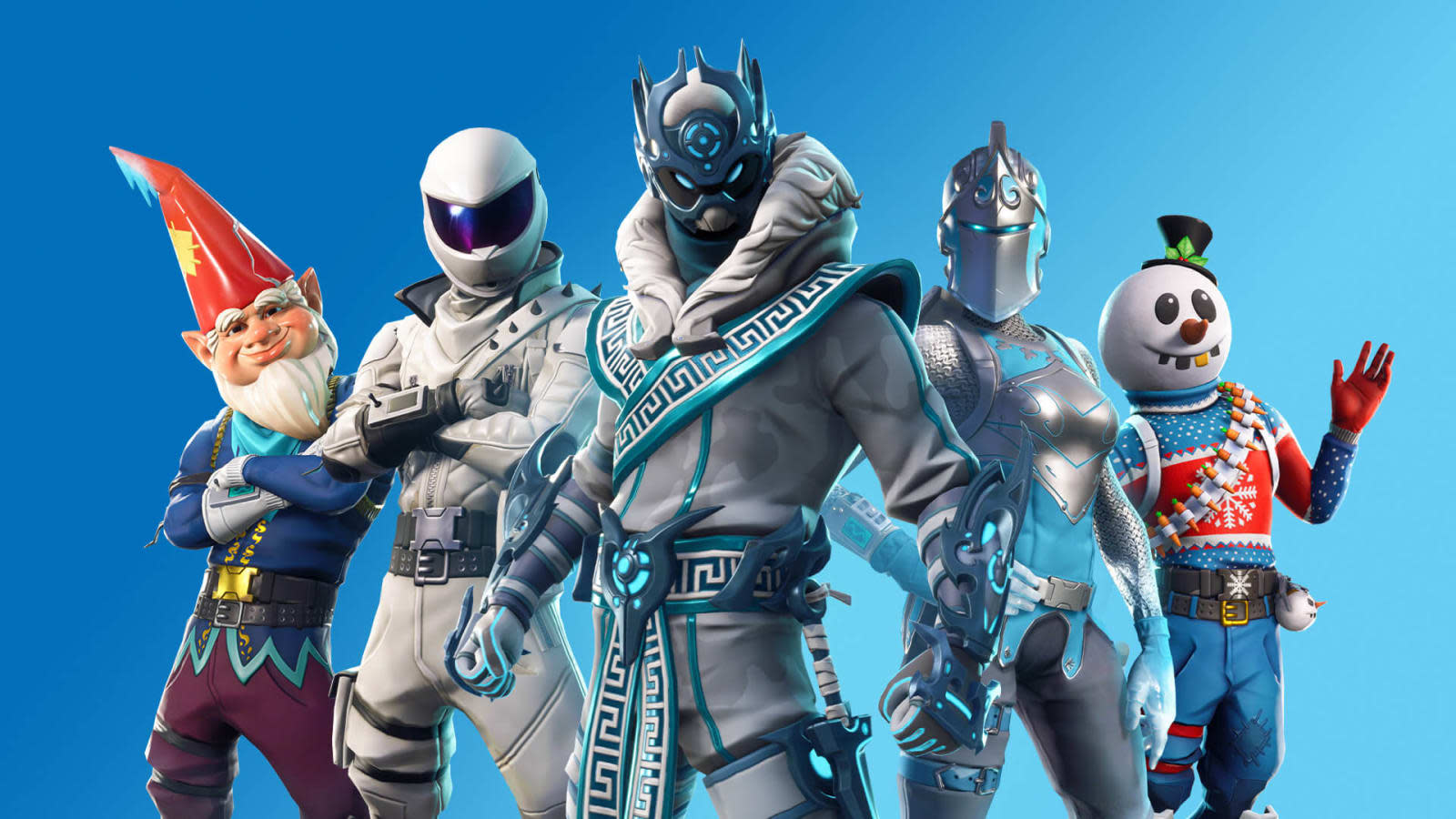 Fortnite players on PS4 and Xbox One might not have to yell at their teammates through a headset anymore -- they could just complain (or give props) to their buddies IRL while they play on the same screen. Following Epic's latest update for the battle royale behemoth, you can team up with friends for split-screen action in duo or squad games. Sure, you'll have a little less screen real estate than if you were playing solo, but Fortnite joining the ranks of couch co-op titles is a great move for friends who like to hang out and play games together.

Epic notes it's an early release of the feature, and it'll improve the split-screen option over time. The patch also adds an Item Shop preview on mobile, an increased daily Item Shop gifting limit from three to five and an updated ammo indicator.

The couch co-op feature comes to the game amid some other Fortnite news. A Star Wars: The Rise of Skywalker in-game event will take place on Saturday, in which Disney will premiere a scene from the upcoming movie. Data miners also discovered files in the latest patch that point to an annual pass, which seems to include all the 2020 Battle Passes along with exclusive cosmetics.

In this article: av, battle royale, battleroyale, couch co-op, couch coop, couchco-op, couchcoop, epic games, epicgames, fortnite, gaming, local multiplayer, localmultiplayer, ps4, splitscreen, xbox one, xboxone
All products recommended by Engadget are selected by our editorial team, independent of our parent company. Some of our stories include affiliate links. If you buy something through one of these links, we may earn an affiliate commission.