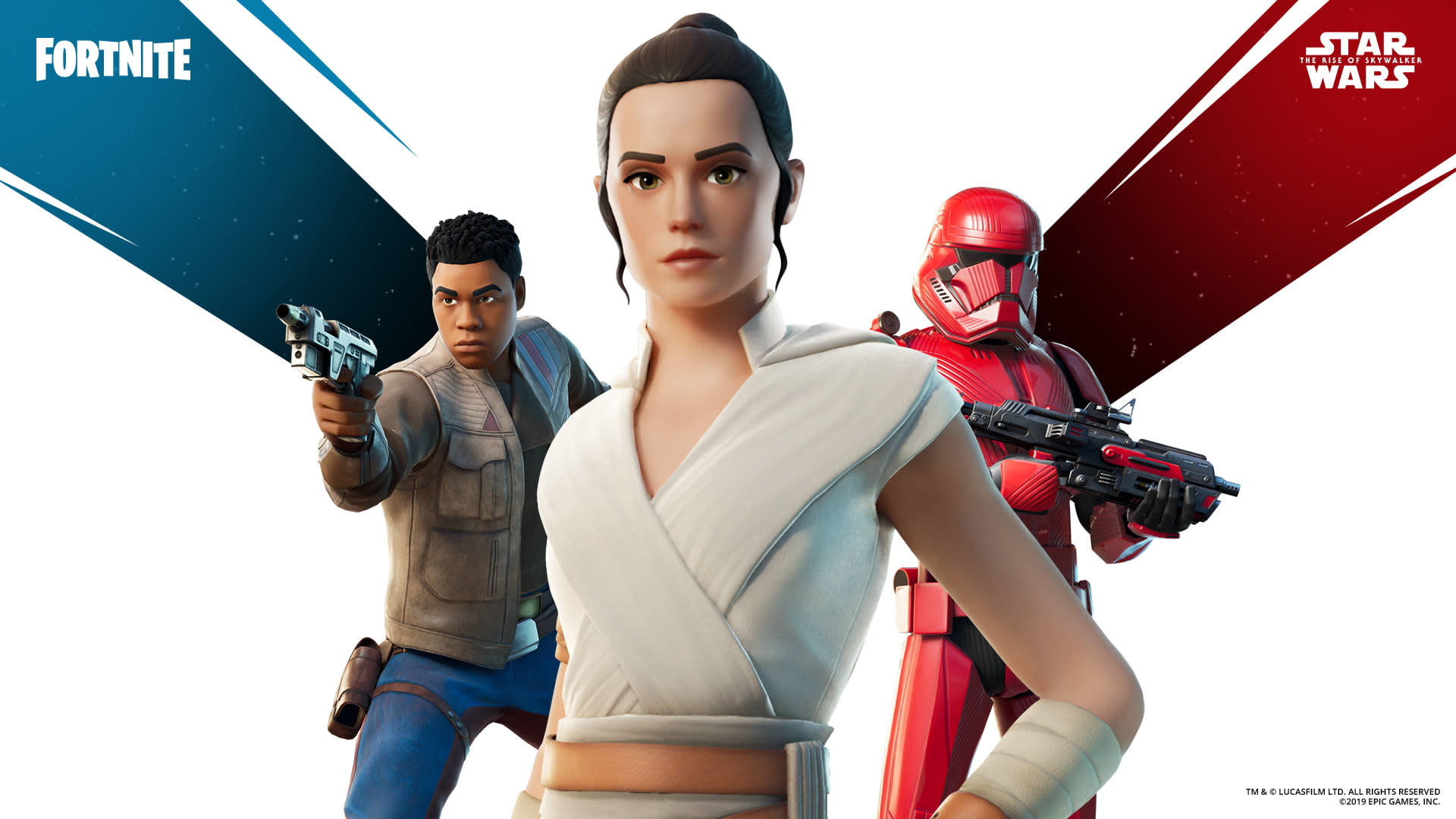 Fortnite and Star Wars are two of the largest entertainment brands the world over, so of course they're being mashed together, repackaged and sold all over again to hungry fans. Fortnite now has Rey, Finn and Sith trooper skins, plus a First Order TIE Fighter glider. There's also a Star Wars emote and banner (for gifting only), but those feel a bit underwhelming after the TIE Fighter news.

This isn't the first Star Wars and Fortnite crossover, and it's certainly not the last. There's already a standard stormtrooper skin in the Fortnite shop, and on December 14th at 2PM ET, Disney will debut a new scene from The Rise of Skywalker in the game itself, at Risky Reels drive-in theater. The Rise of Skywalker is the latest mainline Star Wars film and it's set to hit theaters on December 20th. 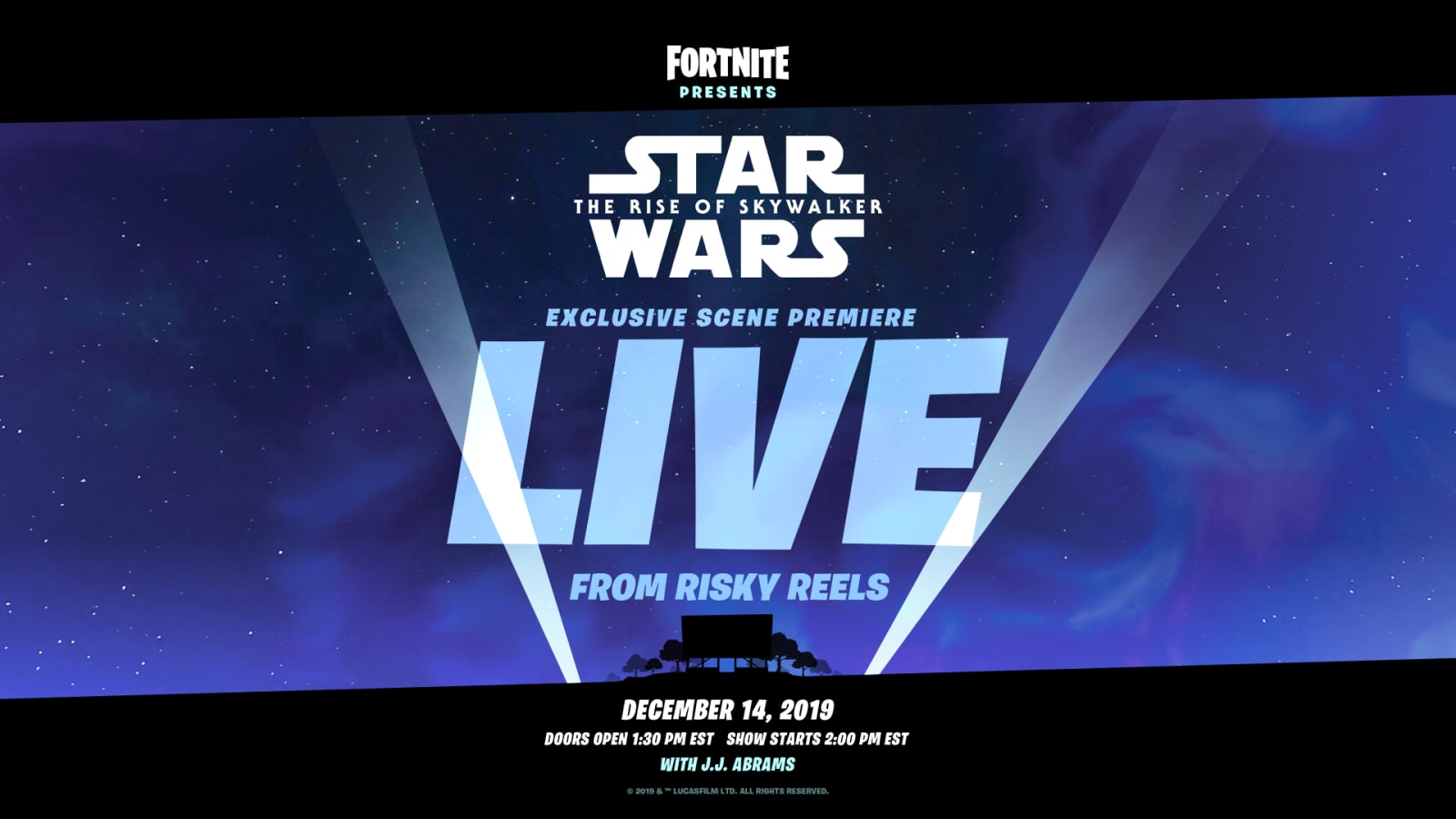 Update 12/12 at 9:45PM ET: Fortnite players who attend the in-game event at Risky Reels will receive a free TIE Whisper Glider for their troubles.

In this article: av, epic games, fortnite, gaming, internet, personal computing, personalcomputing, star wars, thegameawards2019, tie fighter
All products recommended by Engadget are selected by our editorial team, independent of our parent company. Some of our stories include affiliate links. If you buy something through one of these links, we may earn an affiliate commission.