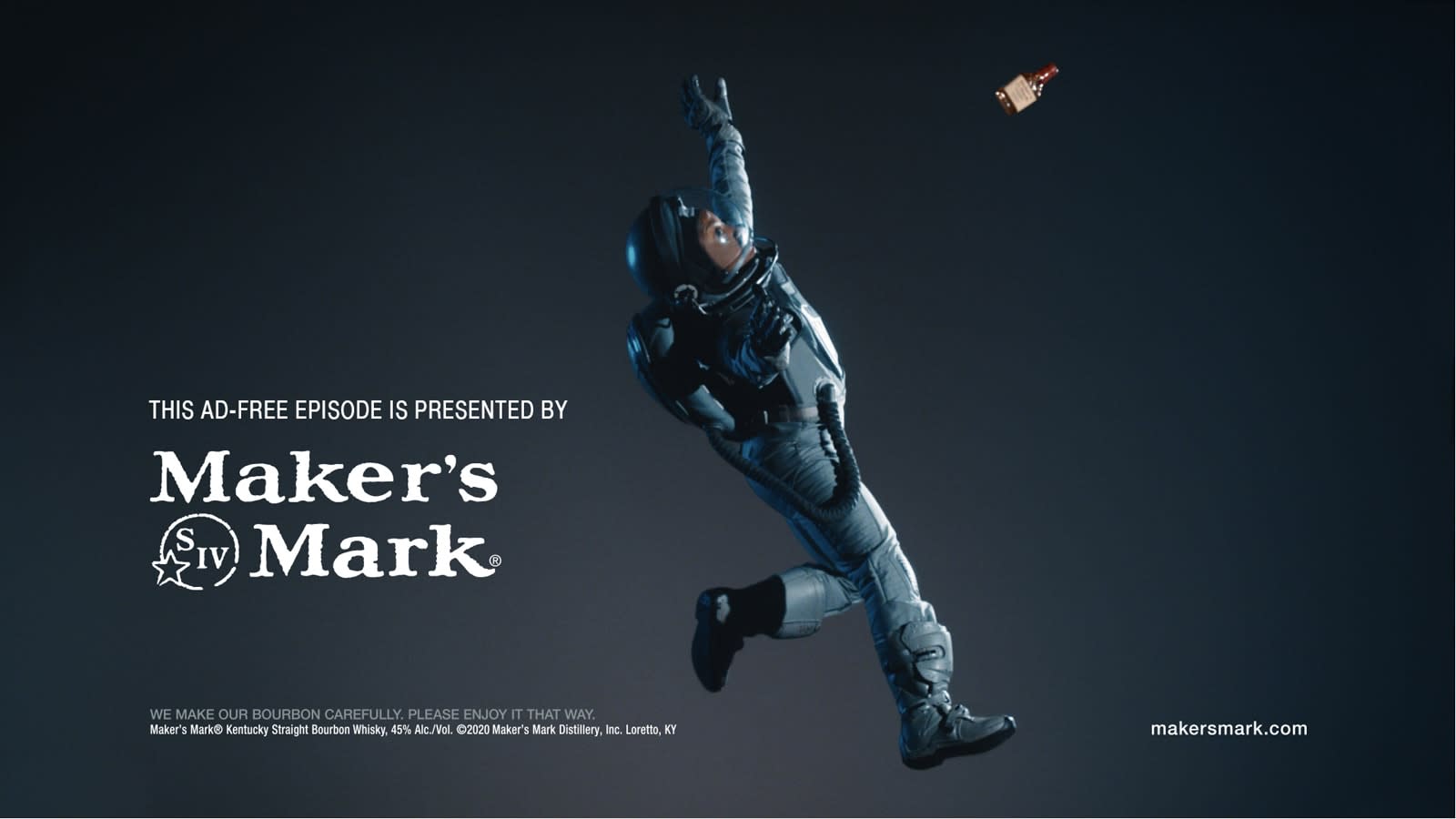 Hulu knows many of its viewers watch show episodes back-to-back, and it's determined to bank on that with its advertising. As AdWeek hinted back in the spring, Hulu is rolling out an ad system designed for binge watchers. The approach uses machine learning to predict when you're likely to marathon a show, and then sends "contextually relevant messaging" that acknowledge your viewing spree. When you reach the third episode, however, Hulu pulls out all the stops. It'll either give you an ad-free episode (with an ad beforehand, mind you) or a special offer from one of its sponsors. You're looking at an example above.

Only a handful of advertisers have signed on to start, including Georgia-Pacific, Kellogg's and Maker's Mark, although Hulu is clearly hoping for more.

The ad strategy reflects practical reality, if you ask Hulu. Nearly half of its ad-supported viewing hours are spent in binge watching sessions -- why not take advantage of that? The perks for your third consecutive episode could encourage you to watch more of a given show and not only see more ads, but build hype for any future seasons. Of course, it should be noted that this generally won't be an issue with Hulu's ad-free tier. This is really about making ads more palatable for customers who'd rather not pay $12 per month (or use an ad-free service like Netflix) to avoid commercials.

In this article: entertainment, internet, services
All products recommended by Engadget are selected by our editorial team, independent of our parent company. Some of our stories include affiliate links. If you buy something through one of these links, we may earn an affiliate commission.