'Ultimate Rivals: The Rink' is an old-school hockey game with a twist

The Apple Arcade exclusive lets you play with athletes across different sports leagues.

Do you ever miss the days of classic 16-bit sports games like NBA Jam and NHL 94? So does the indie developer Bit Fry. So much so, that it's spent the past six years in stealth mode developing a bold new franchise, Ultimate Rivals, which debuts tonight exclusively on Apple Arcade for iOS, Apple TV and Mac users. It combines the frenetic arcade-like gameplay '90s kids grew up with, along with an insane new twist: You can use players across different sports leagues. Think of it as a playable version of the classic cartoon ProStars.

The first entry, Ultimate Rivals: The Rink, is a hockey game that lets you play as over 50 athletes across the NHL, NBA, MLB, NFL Players Association, WNBA and the US Women's Soccer Team. And if that's not wild enough, you can also bring in retired legends like Wayne Gretsky. If hockey's not your style, there's also an NBA-licensed basketball title, Ultimate Rivals: The Court, coming in the spring.

Clearly, this isn't a franchise meant for purists. Instead, Bit Fry is aiming to replicate the "pick up and play" aspect of those classic sports games. While playing a bit of The Rink over an Apple TV 4K, I was surprised how easily I was able to jump in and skate circles around my opponents. You can also place athletes into any position (the devs looked at each player's equivalent skill to judge their abilities for hockey). My starting team included soccer player Alex Morgan, who seemed just as at home on the ice as she does on the field. 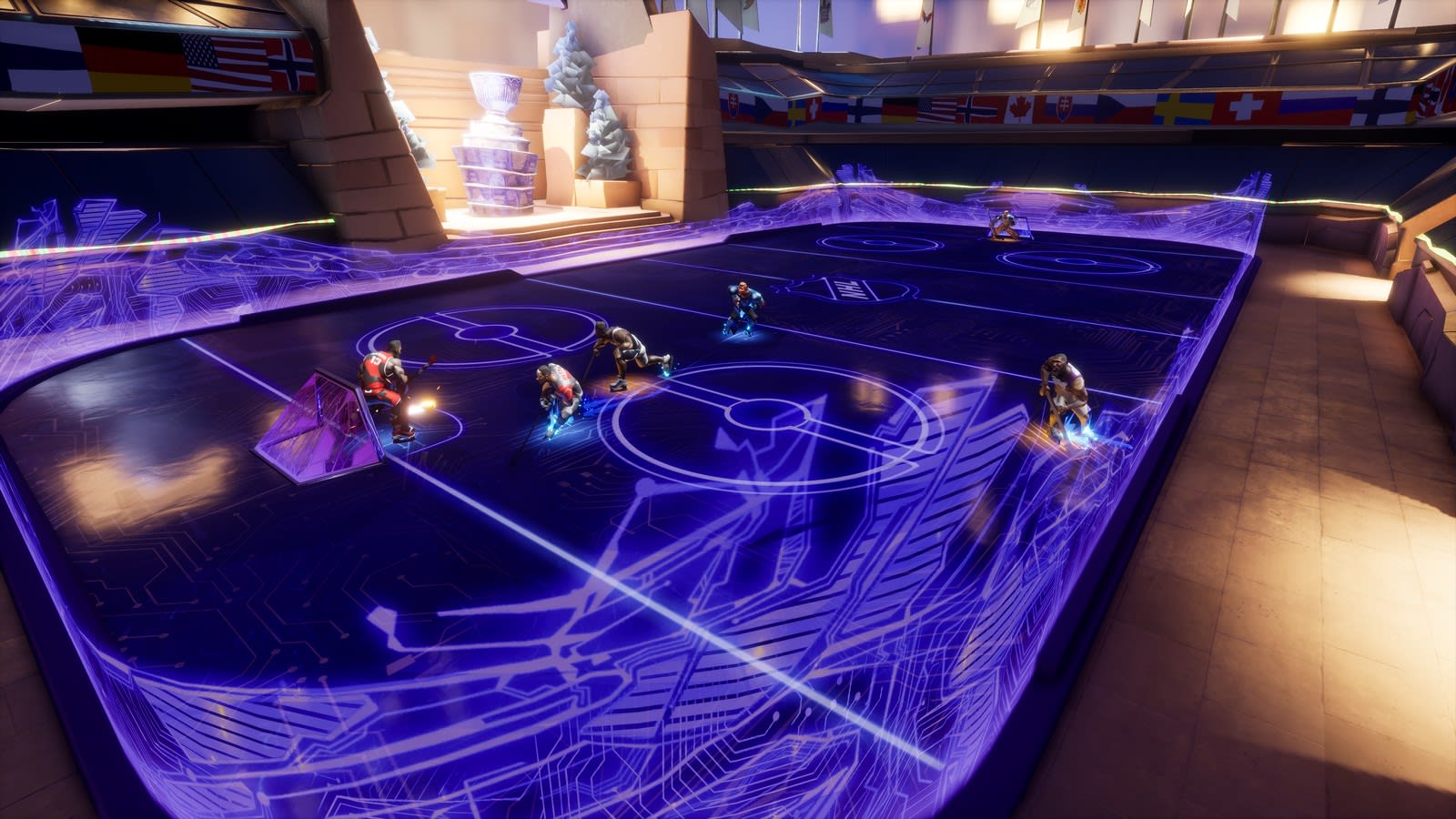 Bit Fry also prioritized a steady 60 frames-per-second experience across modern Apple devices, so the game looked incredibly smooth even as the action started heating up. The control scheme is simple enough for kids (or adults who haven't played NHL 94 in decades) to grasp easily. And since it's an arcade-style game, there are also special moves that you can build up over time, each of which are based on the athlete's original sport.

I'm not exactly a sports guy, but it still felt pretty wild to be passing the puck between soccer, basketball and football players. In many ways, playing Ultimate Rivals: The Rink reminded me of Rocket League. Most people know the basic rules of games like soccer and hockey, so it's not that hard to change things up a bit and make them more accessible to non-sports fans. While it's an Apple Arcade exclusive for now, Bit Fry says Ultimate Rivals could eventually make its way to consoles. But once again, it's another strong mobile title that leaves Android players left out in the cold.

All products recommended by Engadget are selected by our editorial team, independent of our parent company. Some of our stories include affiliate links. If you buy something through one of these links, we may earn an affiliate commission. All prices are correct at the time of publishing.
'Ultimate Rivals: The Rink' is an old-school hockey game with a twist
apple
Apple Arcade
Bit Fry
gadgetry
gadgets
gaming
Ultimate Rivals
Ultimate Rivals: The Rink