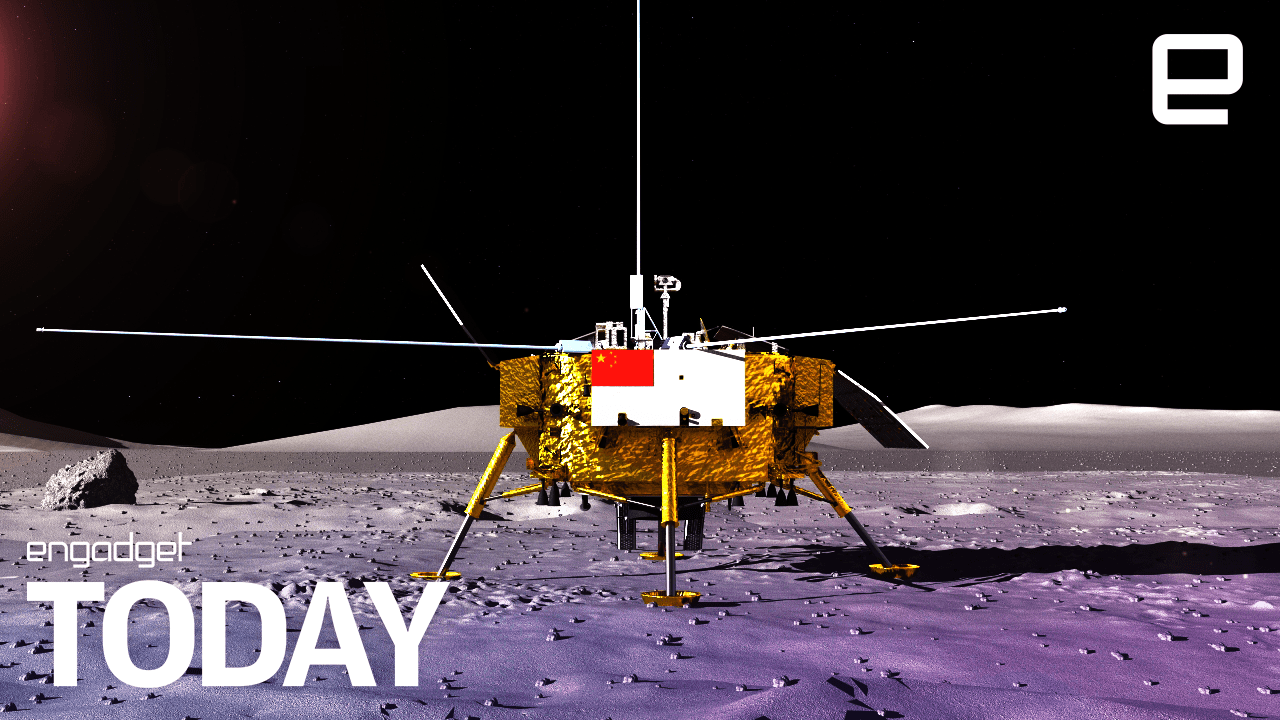 Chinese media announced that the nation's Chang'e-4 lunar lander has successfully reached the far side of the moon, making it the first spacecraft to do so. This is China's recent lunar mission, following Jade Rabbit in 2013, but by touching the side of the moon that's always facing away from the Earth, it has notched a first in the space race.

Chang'e-4 is sitting in the South Pole-Aitken basin's Von Kármán crater, which is the oldest and deepest crater on the moon's surface. Earlier this year China launched the Queqiao (Magpie Bridge) relay satellite that will allow its lander and rover to send back the first images taken from the surface.

Update: The China National Space Administration shared the first picture taken from the surface by Chang'e-4, which you can see after the break. In an attached statement, it said this has "opened a new chapter" in human exploration of the moon. The picture below shows the path its rover is expected to take, as it carries out experiments, takes readings and delivers a "biotech test load" to the lunar surface.

Source: Xinhua, Sina, CGTN Official (Twitter), CNSA
Coverage: New York Times, AP, The Guardian
In this article: AOLoriginals, change4, china, cnsa, DailyShow, Engadget, EngadgetToday, EngadgetVideo, Entertainment, gear, lunarlander, moon, space, tomorrow
All products recommended by Engadget are selected by our editorial team, independent of our parent company. Some of our stories include affiliate links. If you buy something through one of these links, we may earn an affiliate commission.