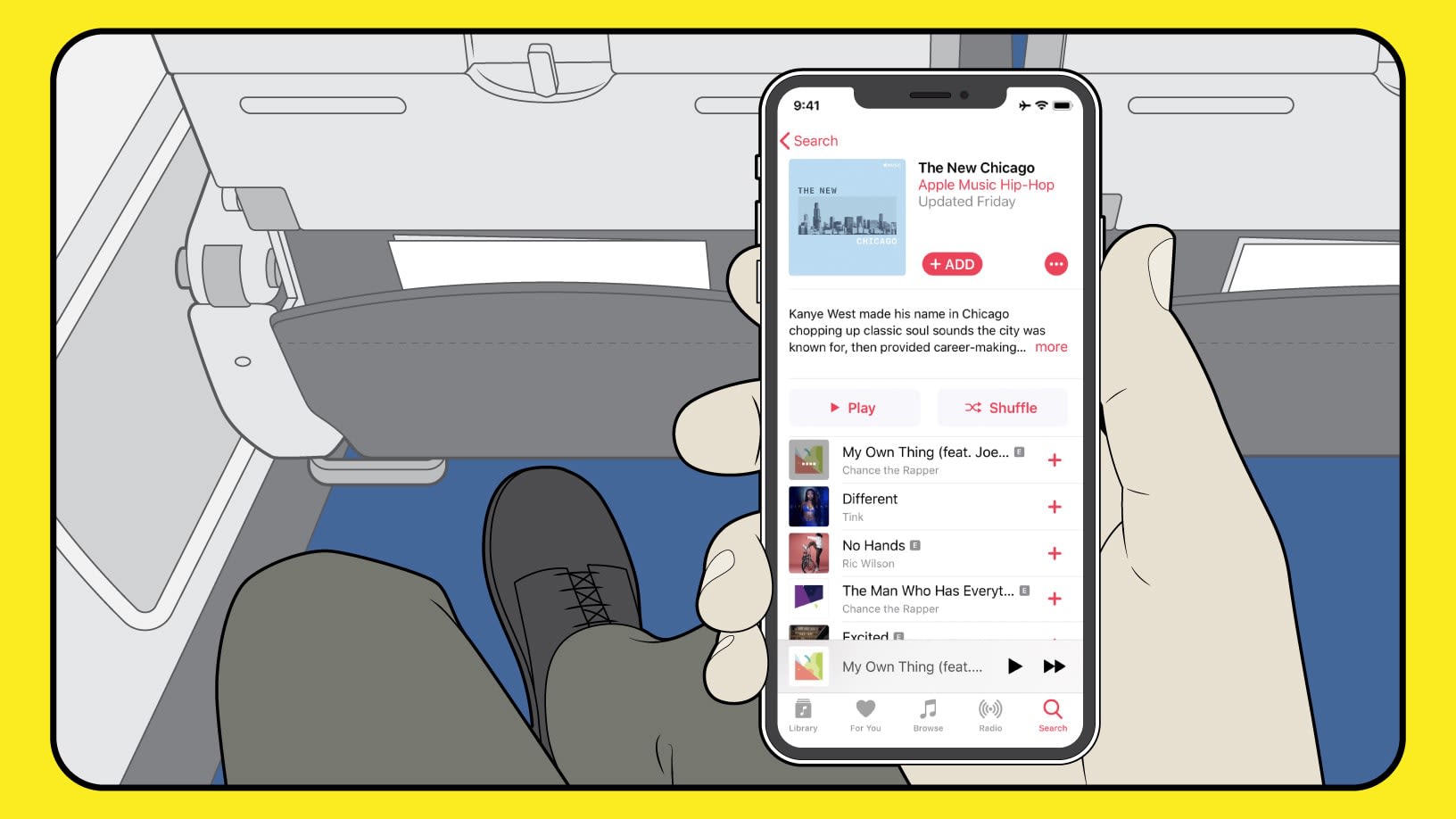 Using your streaming services outside of your home's WiFi network (or your data plan) is either a challenge or plain expensive. And inflight? Forget it. That data is way too expensive. For American Airlines passengers and Apple Music users, there's a solution incoming. The companies have announced that subscribers can connect to the airline's complimentary inflight Wi-Fi to access Apple's entire catalogue of songs, music videos and the rest. In the press release, Apple Music vice president Oliver Schusser said that from Friday, subscribers will be able to "stream all their favorite songs and artists in the air, and continue to listen to their personal library offline."

During your next flight on the airlines' WiFi-equipped planes -- American Airlines plans to have onboard WiFi on all domestic aircraft by mid-2019 -- users can connect to onboard WiFi for free, log in with their Apple Music subscription and avoid the noises of airborne travel in close proximity to hundreds of strangers.

If you don't have an Apple Music sub, you can even sign up to your free trial while on the plane. Which sounds like a simple enough (if cheeky) lifehack. In case you didn't know, you don't need an iPhone to stream, and then cancel it once that three-month freebie runs its course. Now that Apple Music is available on pretty much any smart device that can handle music streaming, Apple will likely strike similar deals with other airline carriers. It should keep users happy regardless of their phone signal situation -- and keep those sweet subscription service dollars rolling in.

Source: Apple
In this article: americanairlines, apple, applemusic, entertainment, gadgetry, gadgets, gear, mobile, music, streaming
All products recommended by Engadget are selected by our editorial team, independent of our parent company. Some of our stories include affiliate links. If you buy something through one of these links, we may earn an affiliate commission.