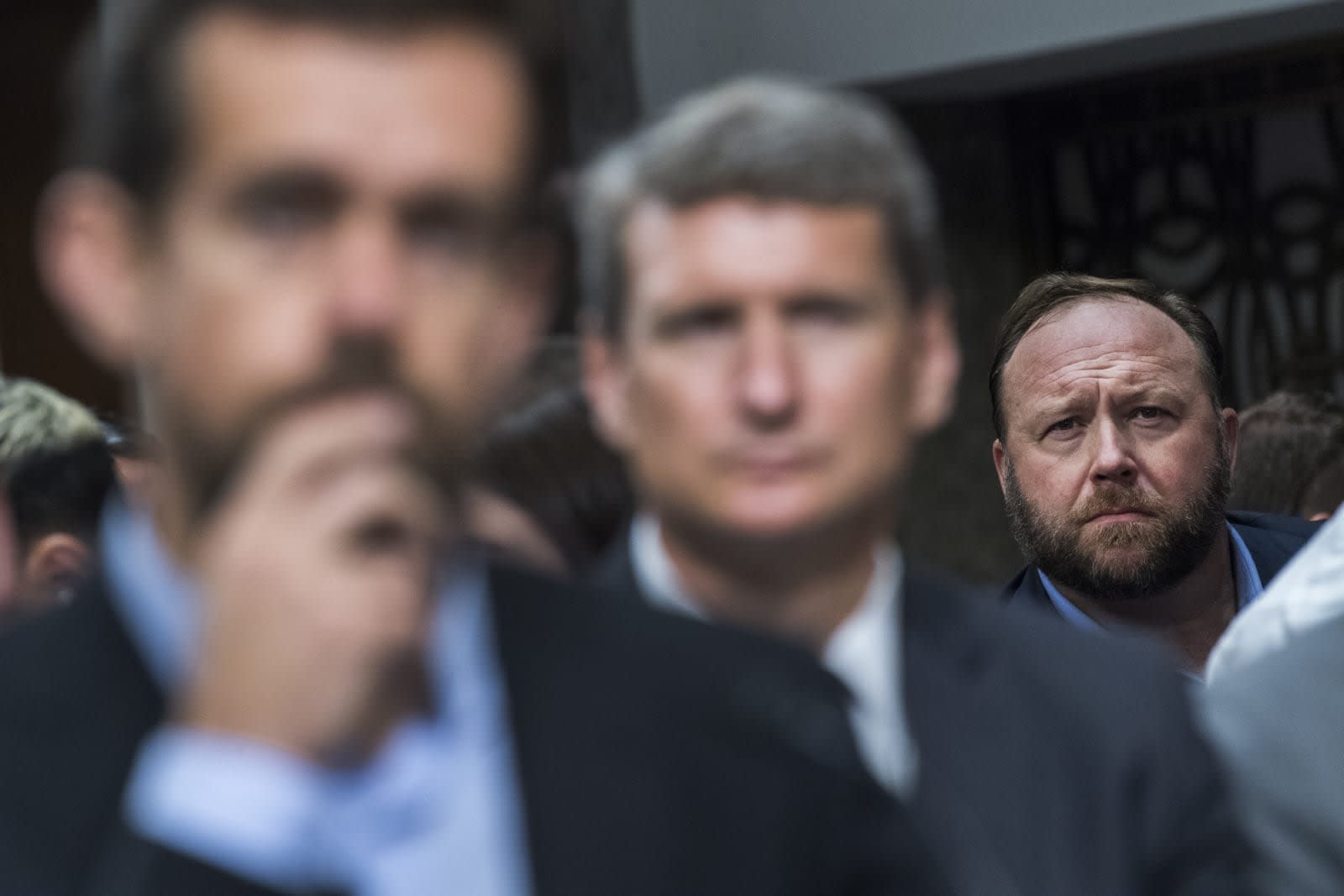 Facebook on Tuesday began enforcing the new rules of its recently updated recidivism policy, which is why 22 pages linked to right-wing conspiracy theorist Alex Jones and his website InfoWars are no longer there.

"We use a broad set of signals to determine if a Page violates our recidivism policy and determined these Pages violated our policy for reasons including having similar titles to the Pages we unpublished and having the same admins," a Facebook spokesperson told CNN, noting that a total of 89 pages were taken down during the enforcement action.

Facebook had previously removed a number of InfoWars pages for violating its policies against hate speech and bullying. In January, the social media site reworked its existing recidivism policy, which prevents banned users from creating new pages, or groups are similar in appearance to their previous accounts to continue their antisocial shenanigans. Basically, if you get banned from Facebook you're not allowed to start a new account that looks like your old account just so you can keep being a tool online.

"We've long prohibited people from creating new Pages, groups, events, or accounts that look similar to those we've previously removed for violating our Community Standards," Facebook wrote in that January blog entry. "However, we've seen people working to get around our enforcement by using existing Pages that they already manage for the same purpose as the Page we removed for violating our standards."

The 22 pages removed on Tuesday all shared admins with those pages previously removed last August. Oddly, Jones -- despite being indefinitely suspended -- still has access to his personal Facebook account, he simply is no longer allowed to create new pages or groups with it.

This of course isn't even remotely the first time that Jones has been deplatformed. Vimeo gave Jones the boot last August while Twitter permanently banned him and InfoWars last September, the same month that Apple yanked Jones' app from its store. Jones received a brief respite this January -- for all of 4 hours -- when Roku gave him a channel on its service before caving to overwhelming public outrage.

Source: CNN
In this article: Alexjones, entertainment, facebook, hatespeech, infowars, internet, recidivism
All products recommended by Engadget are selected by our editorial team, independent of our parent company. Some of our stories include affiliate links. If you buy something through one of these links, we may earn an affiliate commission.