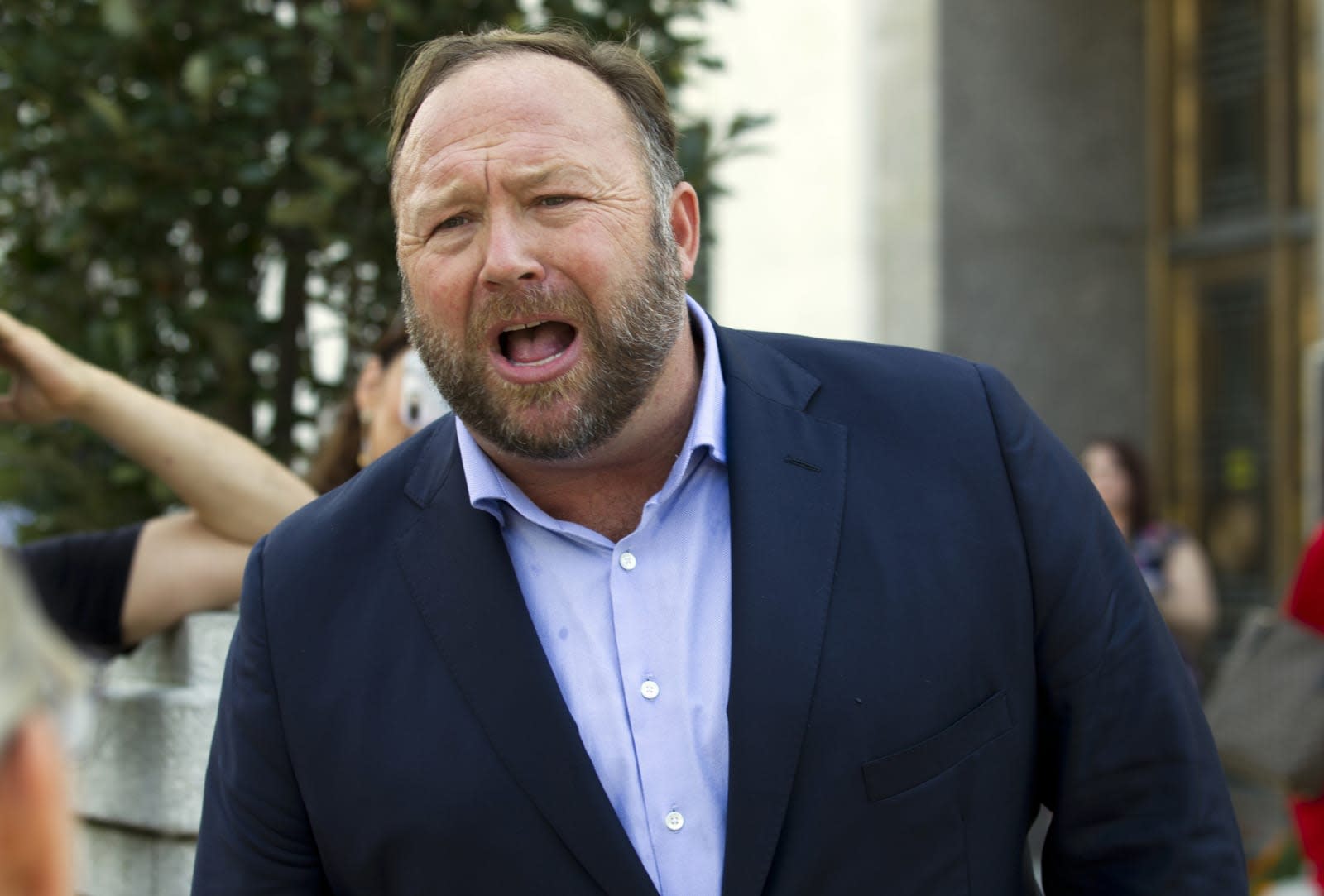 Last year, amid heated criticism over the conspiracy theories it spread about events like the Parkland, Florida and Sandy Hook school shootings, InfoWars -- along with owner Alex Jones -- started to its see reach diminished as one by one, platforms began to remove its content from their services. But now, months after many outlets banned InfoWars and Jones, Roku has given them their own channel. Digiday reported the move today, one that has already sparked backlash across social media.

In a statement, which you can read in full below, Roku said that its policies "prohibit the publication of content that is unlawful, incites illegal activities or violates third-party rights, among other things." But it added that InfoWars wasn't "currently in violation of these content policies," to the company's knowledge. However, other platforms with similar guidelines did find InfoWars to be in violation of them just months ago, with companies like Stitcher asserting Jones' podcasts to have "harassed or allowed harassment of private individuals" and PayPal saying InfoWars had "promoted hate or discriminatory intolerance against certain communities and religions."

Roku's Distribution Agreement also prohibits materials that "constitute hate speech" or "contain false, irrelevant or misleading information," both of which InfoWars has been criticized for in the past.

Along with Stitcher and PayPal, those that have ditched InfoWars and Jones include Facebook, YouTube, Vimeo, LinkedIn, Pinterest, Spotify and Apple. Even holdouts like Twitter eventually pulled InfoWars accounts. While those companies said InfoWars and Jones had violated their policies, Roku has attempted to excuse its InfoWars channel by claiming it doesn't "curate or censor based on viewpoint."

Reports of Roku's decision come just days after a court ruled that the families of Sandy Hook shooting victims would receive access to internal InfoWars documents as part of their defamation suit against Jones.

Roku sent Engadget the following statement about its decision to host InfoWars:

"Our streaming platform allows our customers to choose from thousands of entertainment, news and special interest channels, representing a wide range of topics and viewpoints. Customers choose and control which channels they download or watch, and parents can set a pin to prevent channels from being downloaded. While the vast majority of all streaming on our platform is mainstream entertainment, voices on all sides of an issue or cause are free to operate a channel. We do not curate or censor based on viewpoint.

We are not promoting or being paid to distribute InfoWars. We do not have any commercial or advertising relationship with InfoWars.

While open to many voices, we have policies that prohibit the publication of content that is unlawful, incites illegal activities or violates third-party rights, among other things. If we determine a channel violates these policies, it will be removed. To our knowledge, InfoWars is not currently in violation of these content policies."

After the InfoWars channel became available, we heard from concerned parties and have determined that the channel should be removed from our platform. Deletion from the channel store and platform has begun and will be completed shortly.

In this article: alexjones, av, ConspiracyTheories, entertainment, harassment, HateSpeech, infowars, roku, services
All products recommended by Engadget are selected by our editorial team, independent of our parent company. Some of our stories include affiliate links. If you buy something through one of these links, we may earn an affiliate commission.