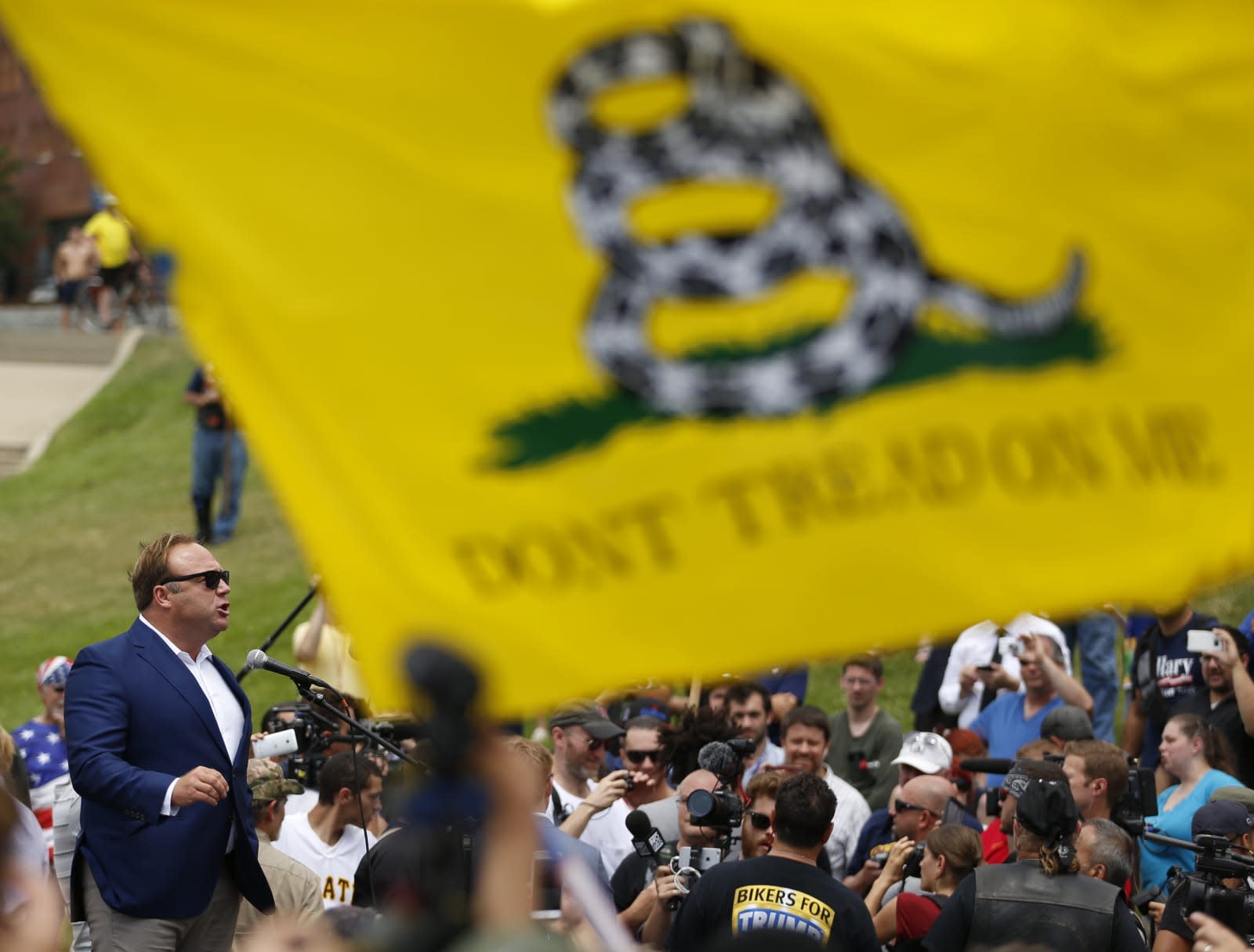 While Facebook, YouTube and Spotify have taken down a handful of videos and podcast episodes from Alex Jones' pages, Stitcher has now gone a step further, removing his entire podcast from its platform. Last night on Twitter, the company said that it had reviewed Jones' podcasts and "found he has, on multiple occasions, harassed or allowed harassment of private individuals and organizations." Stitcher also noted that Jones' targeted harassment -- which has been directed towards parents of Sandy Hook victims and students of Marjory Stoneman Douglas High School, among others -- has led his listeners "to engage in similar harassment and other damaging activity." Because of these actions, it said it would remove Jones' podcasts from the Stitcher platform.

and that harassment has led listeners of the show to engage in similar harassment and other damaging activity. Therefore, we have decided to remove his podcasts from the Stitcher platform. (2/2)

Last week, YouTube removed four of Jones' videos from his channel for violating its community guidelines. It also issued his channel a strike. Receiving three strikes within a 90-day period results in the termination of a channel. And though Facebook was heavily criticized for choosing to keep up a video in which Jones calls special counsel Robert Mueller a child rapist and pantomimes shooting him, it later removed four videos from his page and issued him a 30-day suspension. Earlier this week, after facing mounting pressure to remove Jones' podcast from its platform, Spotify took down multiple episodes for violating its hate content policy, but didn't remove the podcast itself.

Alex Jones is currently facing multiple lawsuits over his defamatory statements against the parents of Sandy Hook shooting victims.

In this article: alexjones, av, defamation, entertainment, harassment, HateSpeech, infowars, podcast, services, Stitcher
All products recommended by Engadget are selected by our editorial team, independent of our parent company. Some of our stories include affiliate links. If you buy something through one of these links, we may earn an affiliate commission.