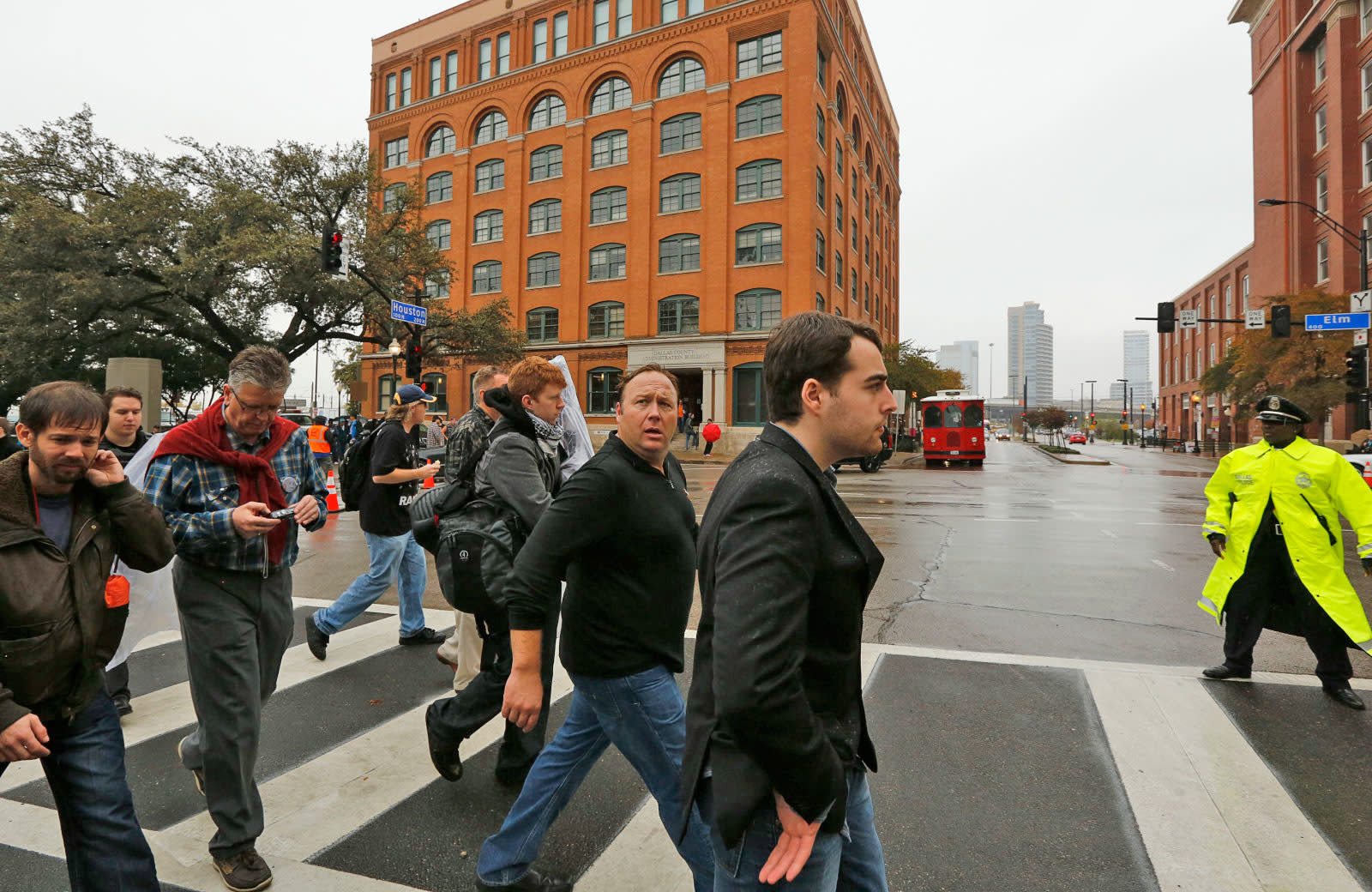 Spotify has taken down a number of episodes of Alex Jones' podcast for violating its hate speech policy. First noted by New York Times reporter Ben Sisario, the move follows similar actions taken by Facebook and YouTube. "We take reports of hate content seriously and review any podcast episode or song that is flagged by our community," a spokesperson told Engadget. "Spotify can confirm it has removed specific episodes of 'The Alex Jones Show' podcast for violating our hate content policy."

Spotify says it is removing an unspecified number of Alex Jones podcast episodes for violating its hate speech policy, after user uproar.

Last week, YouTube took down four videos from Alex Jones' channel and issued his account one strike -- after receiving three within 90 days a channel will be terminated. The videos were removed for hate speech and child endangerment. Days later, Facebook also took down multiple videos from Jones' account and suspended it for 30 days for violating its community standards. Facebook recently received a lot of pushback over its decision to allow a video -- wherein Jones accuses special counsel Robert Mueller of raping children and pantomimes shooting him -- to remain on its platform.

Meanwhile, Spotify has been facing criticism for hosting episodes of Jones' InfoWars on its service. One user tweeted recently that Spotify had told her that if she made a suggestion on its community page and it got at least 100 votes, they would look into the matter. The suggestion, which was submitted on Monday, requests that the company "please consider banning Alex Jones' InfoWars podcast" for his "hatefilled and inaccurate 'reporting.'" As of writing, it had received nearly 1,600 votes.

Spotify also came under fire recently for a "hateful conduct" policy that it put in place and then used to pull R. Kelly music from its playlists. Following backlash over the move, it later dropped the policy.

In this article: alexjones, av, entertainment, HateSpeech, infowars, spotify
All products recommended by Engadget are selected by our editorial team, independent of our parent company. Some of our stories include affiliate links. If you buy something through one of these links, we may earn an affiliate commission.