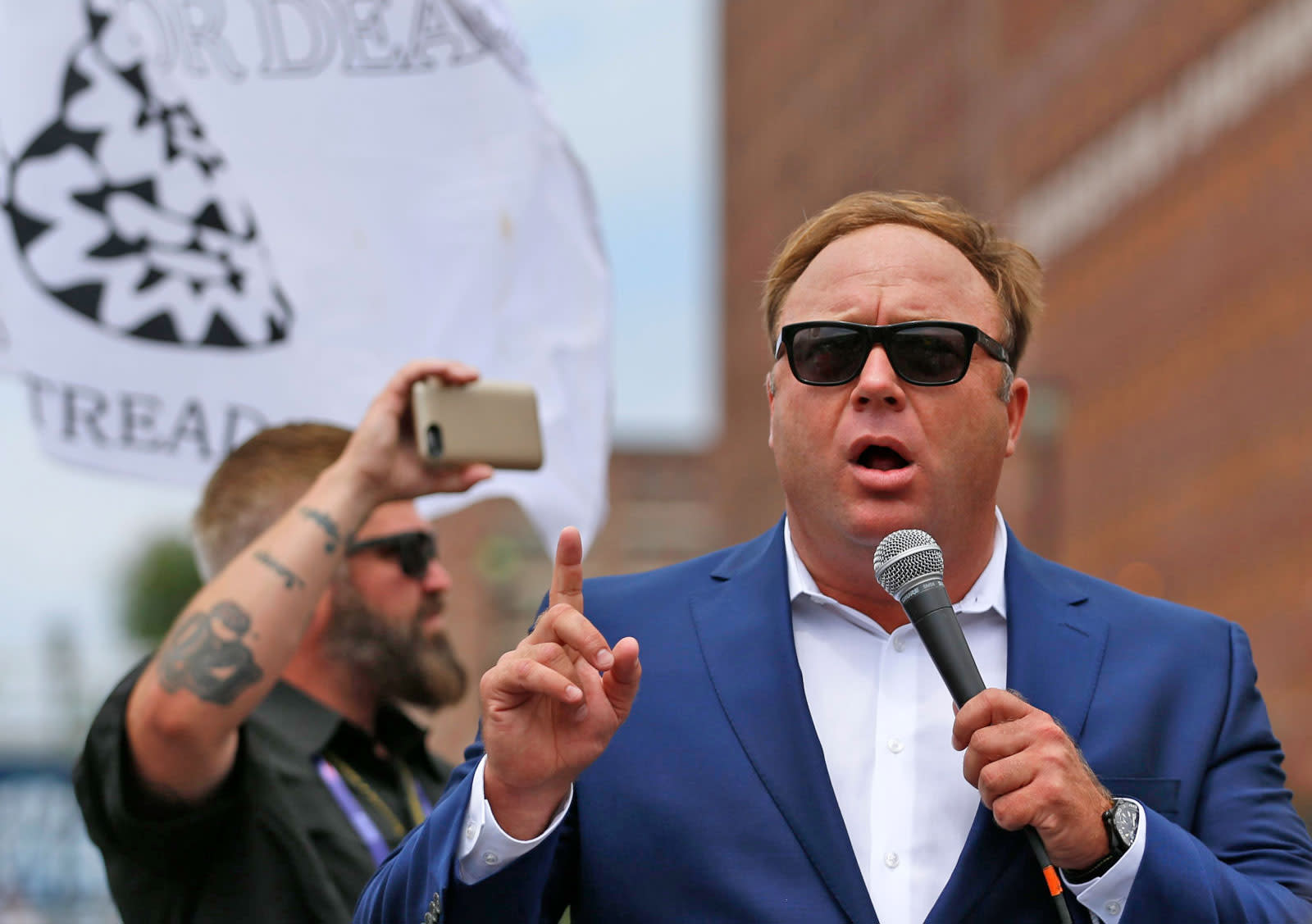 YouTube has taken down four videos from Alex Jones' channel, The Verge reports, and has issued the channel a strike. When a channel is found to be in violation of YouTube's community guidelines, the violating content is removed and the channel is given a strike. If a channel gets three strikes within three months, it's terminated by YouTube. The Verge's sources say that of the four videos removed by YouTube, two featured hate speech against Muslims, one included hate speech against transgender people and another titled "How to prevent liberalism" featured Jones mocking a child who had been pushed down by an adult man.

"We have long-standing policies against child endangerment and hate speech," a YouTube spokesperson told The Verge. "We apply our policies consistently according to the content in the videos, regardless of the speaker or the channel. We also have a clear three-strikes policy and we terminate channels when they receive three strikes in three months."

The Alex Jones Channel received a strike in February after it posted a video claiming students of Marjory Stoneman Douglas High School were paid crisis actors. Strikes expire after three months, so Jones still has just one strike as of now, according to The Verge's sources. One strike may result in some features being temporarily disabled for that account. After receiving two strikes within a three-month period, a channel is prevented from posting new content for two weeks. A third strike within that period leads to termination.

Facebook has recently come under fire for allowing a video, in which Jones baselessly accuses special counsel Robert Mueller of raping children and overseeing others who rape children, to remain on its platform. Jones also pantomimes shooting Mueller in the video. Facebook said the video didn't violate its community standards.

In this article: alexjones, av, entertainment, google, HateSpeech, infowars, internet, politics, strike, youtube
All products recommended by Engadget are selected by our editorial team, independent of our parent company. Some of our stories include affiliate links. If you buy something through one of these links, we may earn an affiliate commission.
Share
Tweet
Share