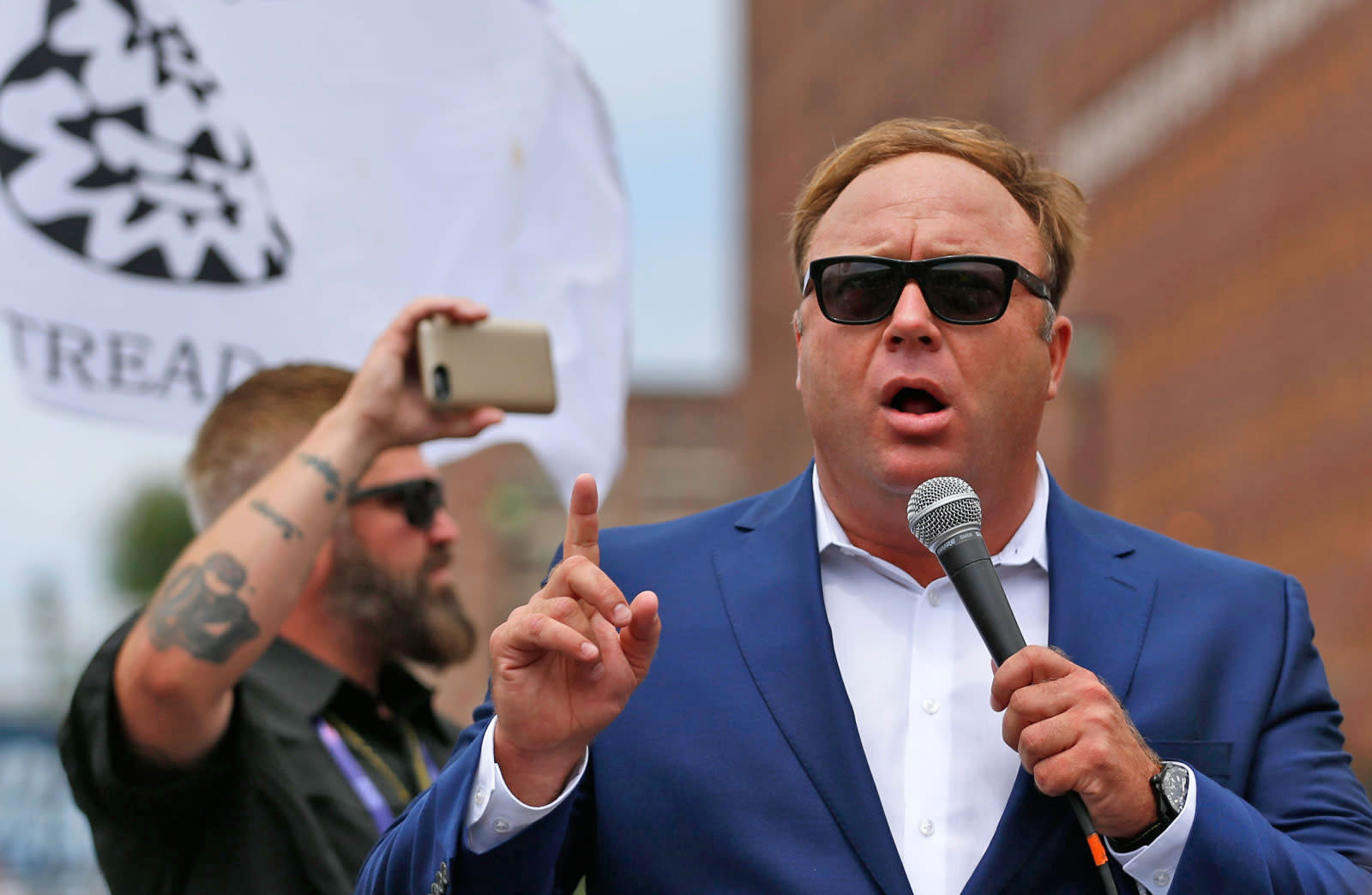 Earlier this week, YouTube took down a video from one of Infowars' channels. It was one of many videos out there claiming that students of Marjory Stoneman Douglas High School are not in fact students and school shooting survivors, but are instead paid "crisis actors." The video, which was titled "David Hogg Can't Remember His lines In TV Interview," was removed by YouTube from the Alex Jones Channel on Wednesday and the platform said it violated its policies against harassment. CNN now reports that this qualifies as one strike against the Infowars channel and if it gets two more within a three-month period, the channel will be terminated.

YouTube's policies on harassment and cyberbullying say, "In cases where harassment crosses the line into a malicious attack, it can be reported and the content will be removed." And a YouTube spokesperson told CNN, "Last summer we updated the application of our harassment policy to include hoax videos that target the victims of these tragedies. Any video flagged to us that violates this policy is reviewed and then removed."

When you violate YouTube's Community Guidelines, the offending content is taken down and you're issued a strike. YouTube considers its first strike a warning and nothing much happens apart from an explanatory email and your video being taken down. However, a second strike within three months will get creators a two-week suspension from posting new content whereas a third leads to termination of the account.

YouTube had to remove a separate David Hogg-focused conspiracy theory video earlier this week. It became the number one trending video before it was taken down.

Infowars and Alex Jones, who runs the site, often push wild, dangerous and offensive conspiracy theories including PizzaGate and claims that the Sandy Hook Elementary School shooting was fake. It may seem surprising that Infowars has only one strike against it currently, but maybe that won't be the case for long. CNN says it asked YouTube about three other Infowars videos that also push conspiracies like its David Hogg video did. A YouTube spokesperson said that the policy team would be reviewing them.

In this article: alexjones, av, ConspiracyTheories, gear, google, hoax, infowars, politics, schoolshooting, youtube
All products recommended by Engadget are selected by our editorial team, independent of our parent company. Some of our stories include affiliate links. If you buy something through one of these links, we may earn an affiliate commission.
Share
Tweet
Share