This week, we learned in concrete terms that Facebook, like the Trump administration, has no bottom when it comes to hypocrisy and catering to neo-fascist conservatives. The hole has since been dug so deep by the company that its usual tactic of trading access for a positive PR apology tour may not work as well as it used to.

Facebook held an expensive shrimp-cocktail-and-overproduced-trailer press event Wednesday in New York selling the company's big serious fight against the scourge of misinformation. After its pitch on Facebook's new efforts to fight fake news, CNN's Oliver Darcy asked John Hegeman, the head of Facebook's News Feed, "how the company could claim it was serious about tackling the problem of misinformation online while simultaneously allowing InfoWars to maintain a page with nearly 1 million followers on its website."

It's a crucial question about a very clear conflict. Mind you, this is the same day in which Facebook also told press its breaking-news video push would begin next week -- wherein the company said that as part of steps it was taking specifically to fight fake news, it would pay reputable news networks for content. Facebook announced that the first programming starts Monday ... leading with "Fox News Update."

Facebook is backpedaling with a flurry of statements defending its position and claiming it can't specifically talk about InfoWars because it would be a privacy violation, which it does not explain. Instead, Facebook is giving us a "both sides are very fine people" excuse, in a statement via email saying, "There are strong views on both sides of this debate." As if the existence of Sandy Hook or the Holocaust was debatable.

Facebook's answer to CNN's reporter was satisfactory for anyone seeking confirmation that it has no real intent to do anything concrete about changing its role as the world's top fake-news distributor. Darcy reported:

Hegeman said that the company does not "take down false news."

"I guess just for being false that doesn't violate the community standards," Hegeman said, explaining that InfoWars has "not violated something that would result in them being taken down."

Hegeman added, "I think part of the fundamental thing here is that we created Facebook to be a place where different people can have a voice. And different publishers have very different points of view."

The funny part of this -- funny if we're doing gallows humor to avoid screaming and smashing things -- is that real news isn't fake. Real news is truth. It is not a point of view.

So saying Sandy Hook was a hoax and liberals want to start a cvil war is the the same thing as an "op-ed." Ok then. https://t.co/8UzABgN6tk

Real news is definitely not a product of InfoWars or Fox. Check out the InfoWars archive on Snopes for fakety-fake "news" like deep state murder plots, sperm in Obama's presidential portrait, reports that the Sandy Hook massacre was staged and "articles" stating that the California wildfires were started by immigrants. Without a doubt, InfoWars seeks information warfare. It's even hinted at just a little bit in the title.

And then there's Fox. A skim in the archives of fact checkers that Facebook itself partners with turns up more falsehoods reported as fact than can be listed here. The fabricated conspiracy story about the murder of Seth Rich and WikiLeaks is a prime example. The outlet uses fake experts to push its agenda, like repeatedly hiring Wayne Simmons for his anti-Obama rants and citing him as a "former CIA operative," which was proved to be totally, illegally fabricated.

Fox likes to pick up items from Daily Caller, like running its compilation of "liberal protesters getting pushed out of the way by cars and trucks," and advising viewers to "study the technique; it may prove useful in the next four years." Recently, Fox ran a misleading piece reporting that the United States had a lower rate of mass shootings than European countries. The point is, the outlet reports fake news and promotes literal lies as if they were fact on the regular -- it's actually difficult to find a mainstream outlet with a comparably bad record on reporting fact. 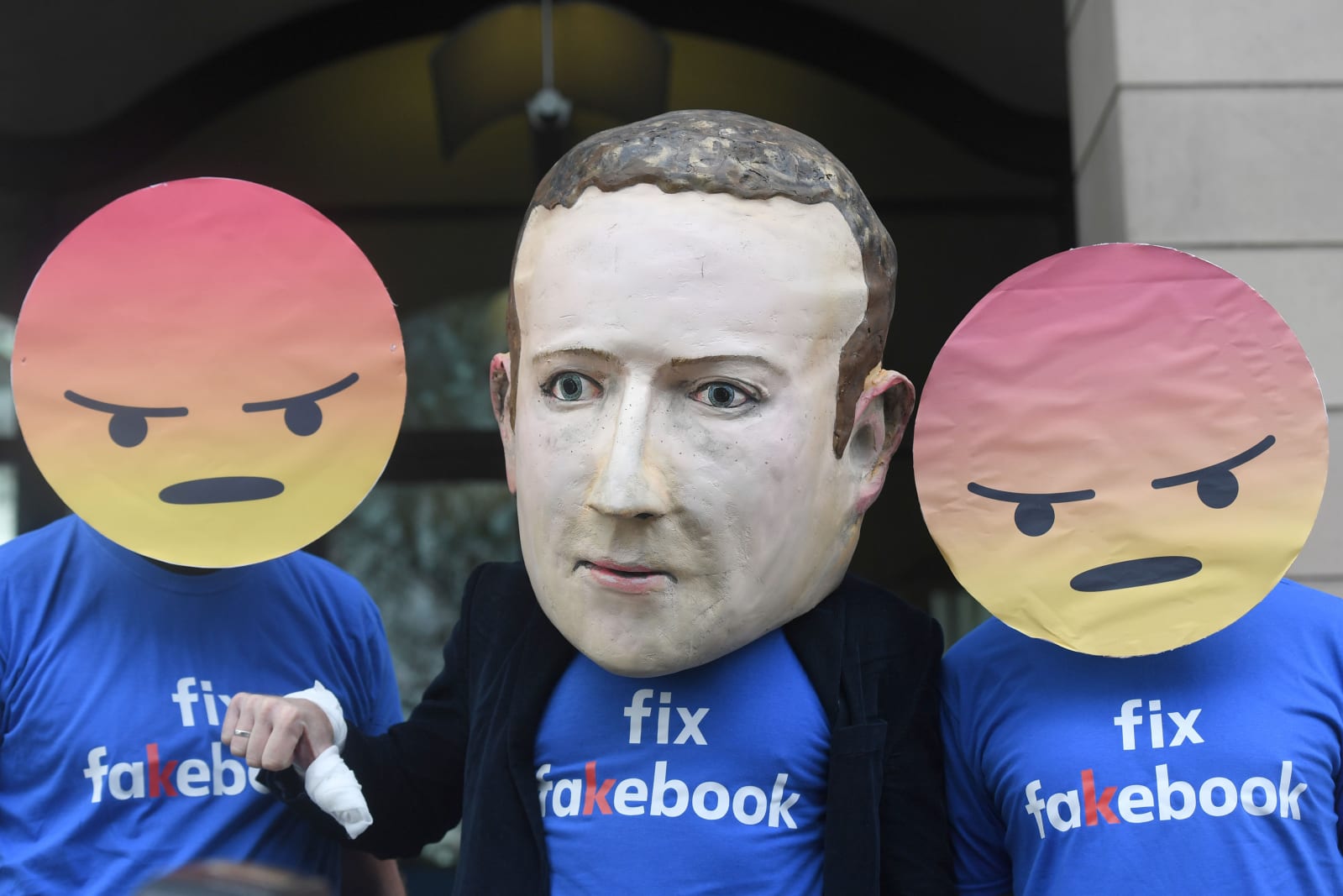 Facebook exerts an unreasonable amount of control over the distribution of news and information at this point in time. This means that entities like Fox and InfoWars are largely considered sources of factual news because Facebook decides they are and provides them with its platform and distribution. Fake news wouldn't be a problem on Facebook if the company only treated the racist, intentionally misleading and false products of Fox and InfoWars like it actively, aggressively censors nudity or culturally significant artistic expression of human sexuality.

So either Facebook doesn't know the difference between news (fact) and opinion. Or this extremely powerful, secretive, and wealthy company wants to ignore that there's a difference and chooses to cater to conservative extremists for its own gains.

Facebook's inability to place InfoWars outside the usual right/left paradigm in response to @oliverdarcy's story is pretty remarkable. The site *objectively* publishes false information--not a matter of "some consider it opinion or analysis." https://t.co/4pww0jIafx

If it's the latter, Facebook is in for a big surprise. What it's doing is enacting a moral-truth relativism that history proves enables, empowers, and rewards white nationalism's bloodthirsty agenda. Combine it with this week's also-sickening news that Facebook allowed marketers to harvest the names and information of members in private groups -- like women with cancer -- in bulk. The result is a company whose output is so freely cruel and harmful it's hard to conceptualize.

When the press was not positive, Facebook responded to CNN in a statement saying, "We allow people to post it as a form of expression, but we're not going to show it at the top of News Feed." So Facebook might downrank InfoWars. Wink.

Not hard in this instance. But the harder part is deciding what to do with a Page that peddles conspiracy theories big and small. We don't think banning them is the right option – better to demote posts rated as false and the Pages that spread them.

Nothing seems to give the company enough reason to take, again, the same kind of harsh steps as it does toward photos with too much skin or people who don't want to give Facebook their ID. Facebook can't be bullied, it can't be shamed into action. Nothing seems to work, and the virulent, violent, harm-inducing racists and sexists and everything-ists at Fox and InfoWars continue to play their published-nonsense game with Facebook, duping a bunch of ostensibly smart people into detaching further from humanity.

Let's play out Facebook's libertarian, free-market-of-news strategy where it's believed that right, equality and truth win out by giving Holocaust deniers a seat at the table (as Facebook admits to doing). Here, Facebook allows literal Nazis to control the narrative and protects a space for its cultural identity. This brand of (we assume) well-intentioned response to countering extremism and the underestimation that goes with it is exactly what backfires, according to experts in the trenches.

This kind of thinking, that you could possibly convince hateful birthers, militant insurrectionists, pro-life extremists and MAGA propagandists that they might be interested in factual reporting by de-ranking their source in algorithms ... is delusional at best. And Facebook knows better than anyone about how social validation works to make people buy things. 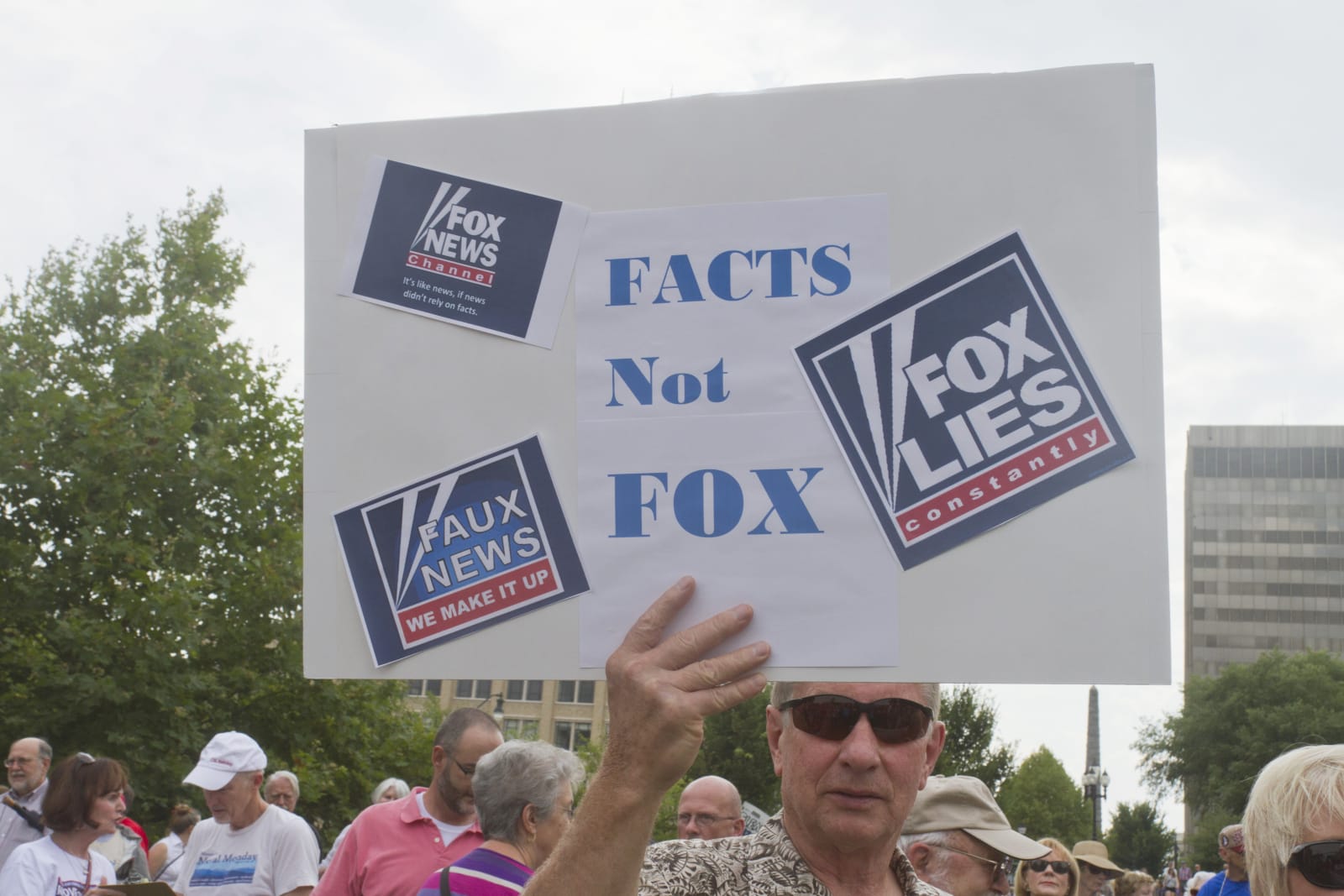 Everyone sees it, too. By suggesting that InfoWars is edgelord-news free speech, "Facebook allows its biggest purveyors of disingenuous conspiracies and polarizing content to operate with impunity while growing their audiences and expanding the footprint of low-quality information on the platform," wrote BuzzFeed on Thursday. "All they need to know is how to game the system."

Facebook's big surprise is going to come when the company finds out that the bigots and genocidal dumbasses it's catering to will never be satisfied. If Facebook has no bottom, the appetites of InfoWars and Fox -- especially gifted with Trump's government-sanctioned disinformation campaigns -- will defy even Facebook's standards of bottomlessness.

If you can imagine that.

All products recommended by Engadget are selected by our editorial team, independent of our parent company. Some of our stories include affiliate links. If you buy something through one of these links, we may earn an affiliate commission. All prices are correct at the time of publishing.
badpassword
editorial
facebook
fakenews
fox
foxnews
gear
infowars
internet