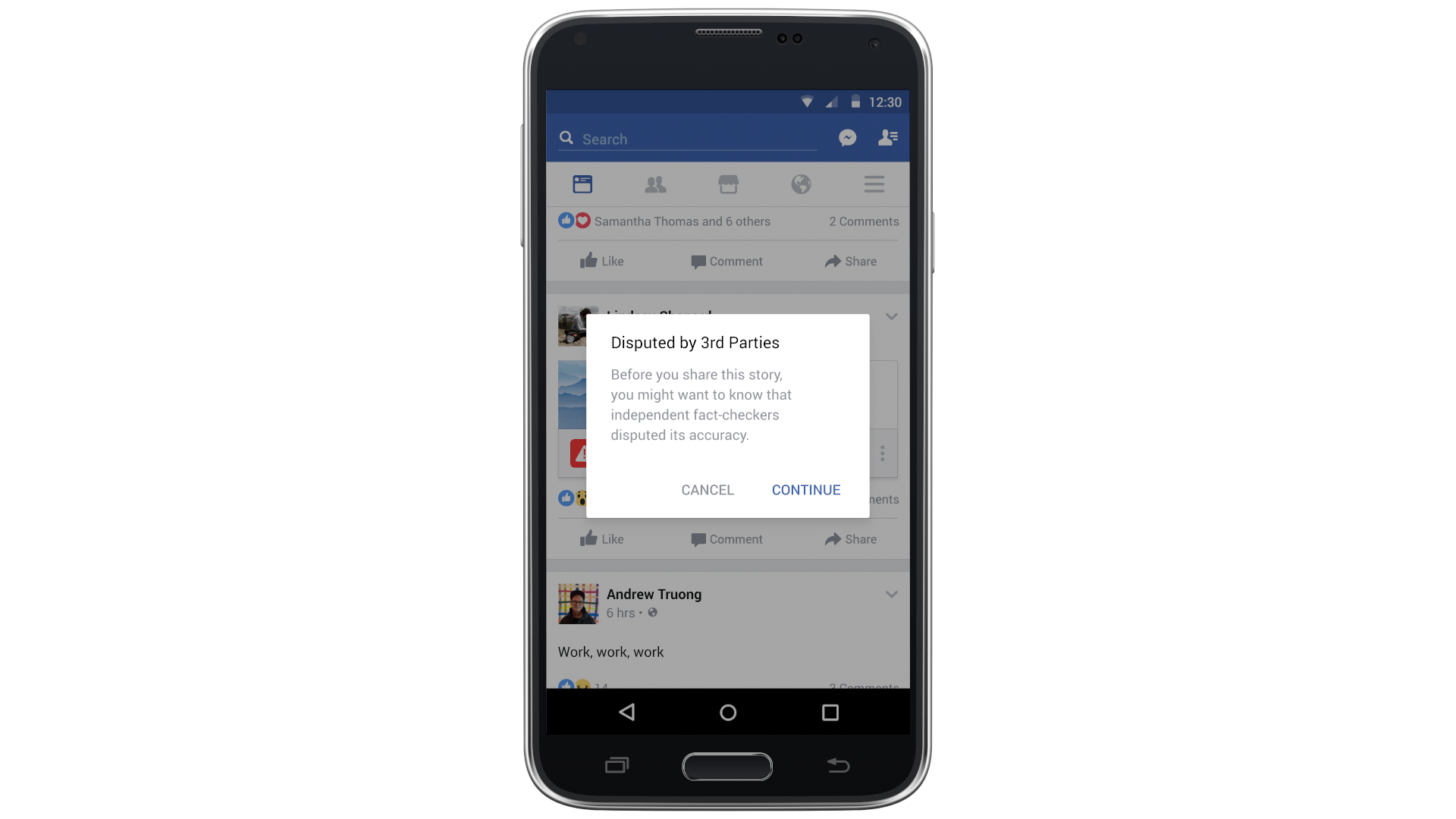 Last month, Facebook CEO Mark Zuckerberg previewed a number of steps the social network would take to combat fake news. Today, the company provided an update on the initiative which starts by making it easier to report a hoax. You can report what you think might be a fake news story by clicking in the top right corner of the post. If enough people do just that, Facebook will send the link to a third-party fact-checker to determine if it really is fake. Facebook will also start flagging disputed stories from those fact-checkers. You'll still be able to read and share the link, but each one will be labeled so you and your friends know exactly what you're getting into. They will also appear lower in the News Feed. So, who's doing the checking? Facebook is working with Poynter's International Fact-Checking Network (IFCN) to determine if a story is real or not. That group includes Snopes, FactCheck.org, Politifact and ABC News.

The company also says it noticed when people read a story past the headline, it makes them less likely to share it. Facebook plans to use this behavior to determine if what appears in the News Feed may be misleading in some way. Finally, as previously reported, the company will also cut off the financial incentives for spammers posting fake news and grabbing a share of ad revenue. Sure, this is just a start, but Facebook says it will continue to combat the problem to improve "the quality of our service."

In this article: culture, facebook, factchecking, fakenews, internet, social
All products recommended by Engadget are selected by our editorial team, independent of our parent company. Some of our stories include affiliate links. If you buy something through one of these links, we may earn an affiliate commission.