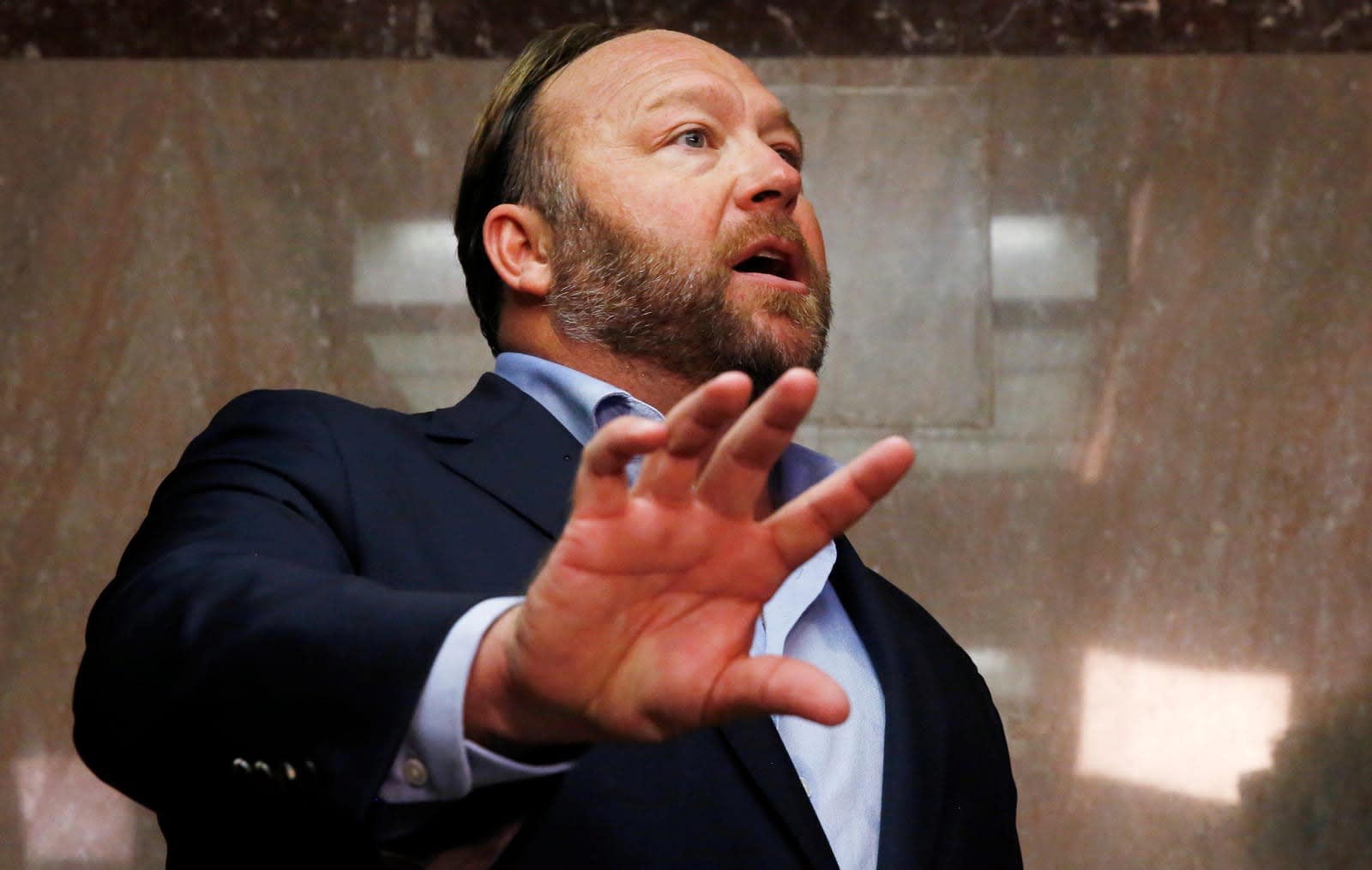 InfoWars has been issued another ban, this time from PayPal. The company notified InfoWars on Thursday that it would no longer process the site's store transactions, giving InfoWars 10 days to find a new processor. PayPal said the site had violated its "acceptable use policy," according to InfoWars. The payment company confirmed the move to The Verge. "Our values are the foundation for the decision we made this week," said a spokesperson. "We undertook an extensive review of the InfoWars sites, and found instances that promoted hate or discriminatory intolerance against certain communities and religions, which run counter to our core value of inclusion."

A number of companies including Apple, Twitter, Facebook, YouTube, Spotify and others have already removed InfoWars and Alex Jones content and accounts from their platforms. All cited hate speech, harassment or violations of policy and community guidelines. PayPal told The Verge that its ban extended to all websites managed by InfoWars.

In this article: alexjones, ban, Discrimination, gear, HateSpeech, infowars, internet, paypal, politics, services
All products recommended by Engadget are selected by our editorial team, independent of our parent company. Some of our stories include affiliate links. If you buy something through one of these links, we may earn an affiliate commission.
Share
Tweet
Share