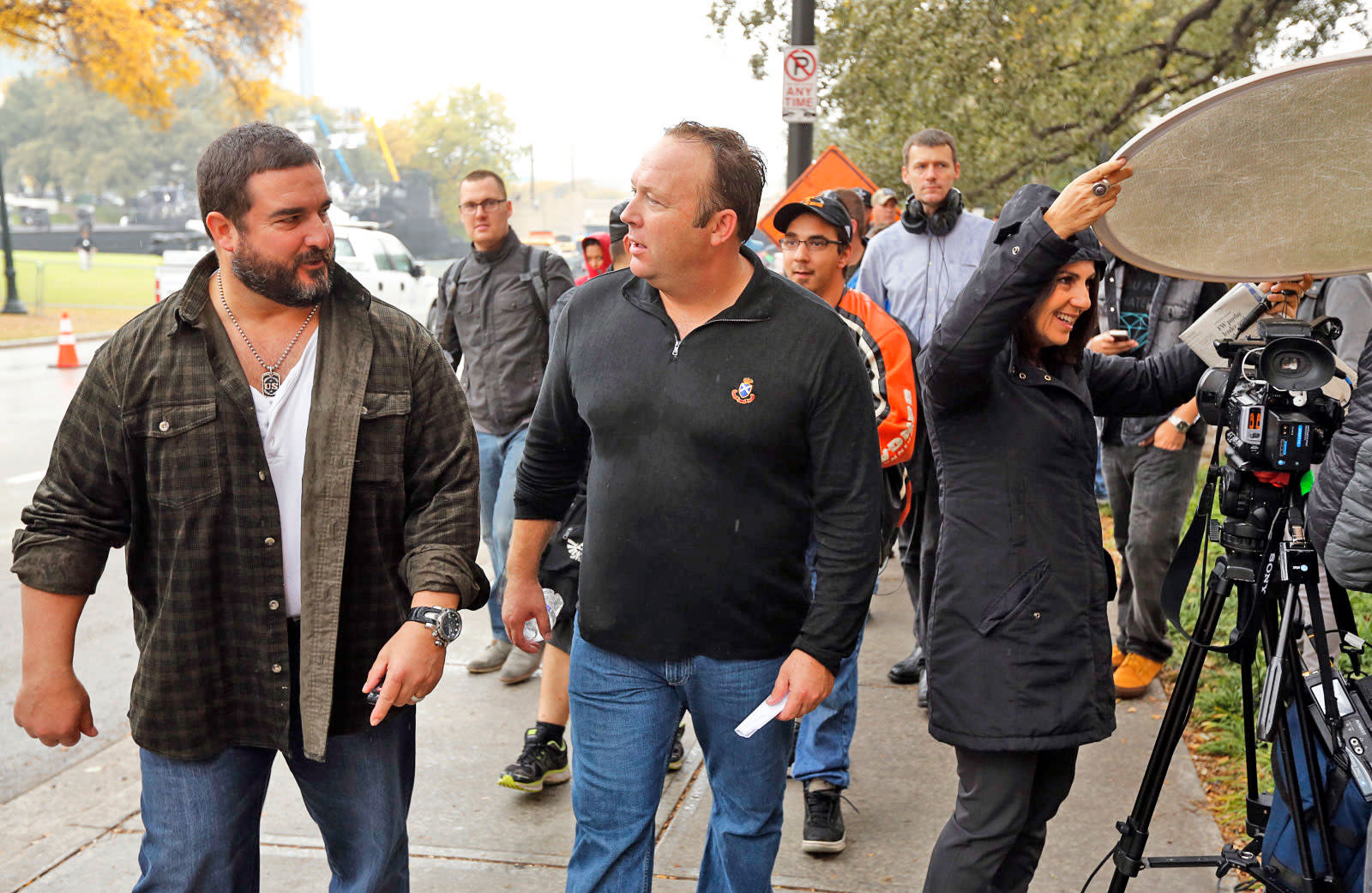 Facebook has removed four pages from conspiracy theorist Alex Jones, saying that the channels "repeatedly" violated its hate speech and bullying policies. Last week, Facebook removed four videos from the channels and suspended the controversial radio personality for 30 days. However, today it wrote that since the earlier action didn't seem to deter Jones, it was taking stronger measures.

"Since then, more content from the same pages has been reported to us -- upon review, we have taken it down for glorifying violence ... and using dehumanizing language to describe people who are transgender, Muslims and immigrants, which violates our hate speech policies," Facebook said.

Facebook emphasized that it hasn't technically removed the pages but simply unpublished them, which leaves the door open for an appeal by Jones. "If they don't appeal or their appeal fails, we remove the page," it said.

The banning of the pages follows a similar move by Apple, which removed InfoWars and Alex Jones' news shows from all its podcasting platforms, also citing hate speech. Last month, YouTube pulled down multiple videos by Jones for the same violations, but has yet to ban him.

Over the last few months, Facebook has been heavily criticized for allowing "fake news" to circulate, amid reports that it affected the US presidential elections and UK's Brexit. However, Facebook said that wasn't why it banned InfoWars and Jones. "While much of the discussion around Infowars has been related to false news, which is a serious issue that we are working to address by demoting links marked wrong by fact checkers and suggesting additional content, none of the violations that spurred today's removals were related to this," it said.

Rather, today's bans were due to violations of its community standards policies and its "strike system."For people, including Page admins, the effects of a strike vary depending on the severity of the violation and a person's history on Facebook," it wrote. "In the case of other violations, we may warn someone the first time they break our Community Standards. If they continue, we may temporarily block their account, which restricts their ability to post on Facebook, or remove it all together."

Facebook didn't detail how many strikes Jones had, or how many it takes to get a page removed. The company has been criticized for its lack of transparency on that subject, as many pages that seem like they should have been taken down weren't, while other users have been banned from the platform for seemingly minor infractions.

In this article: AlexJones, av, CommunityStandards, ConspiracyTheories, entertainment, Facebook, HateSpeech, InfoWars, politics, Propaganda
All products recommended by Engadget are selected by our editorial team, independent of our parent company. Some of our stories include affiliate links. If you buy something through one of these links, we may earn an affiliate commission.
Share
Tweet
Share