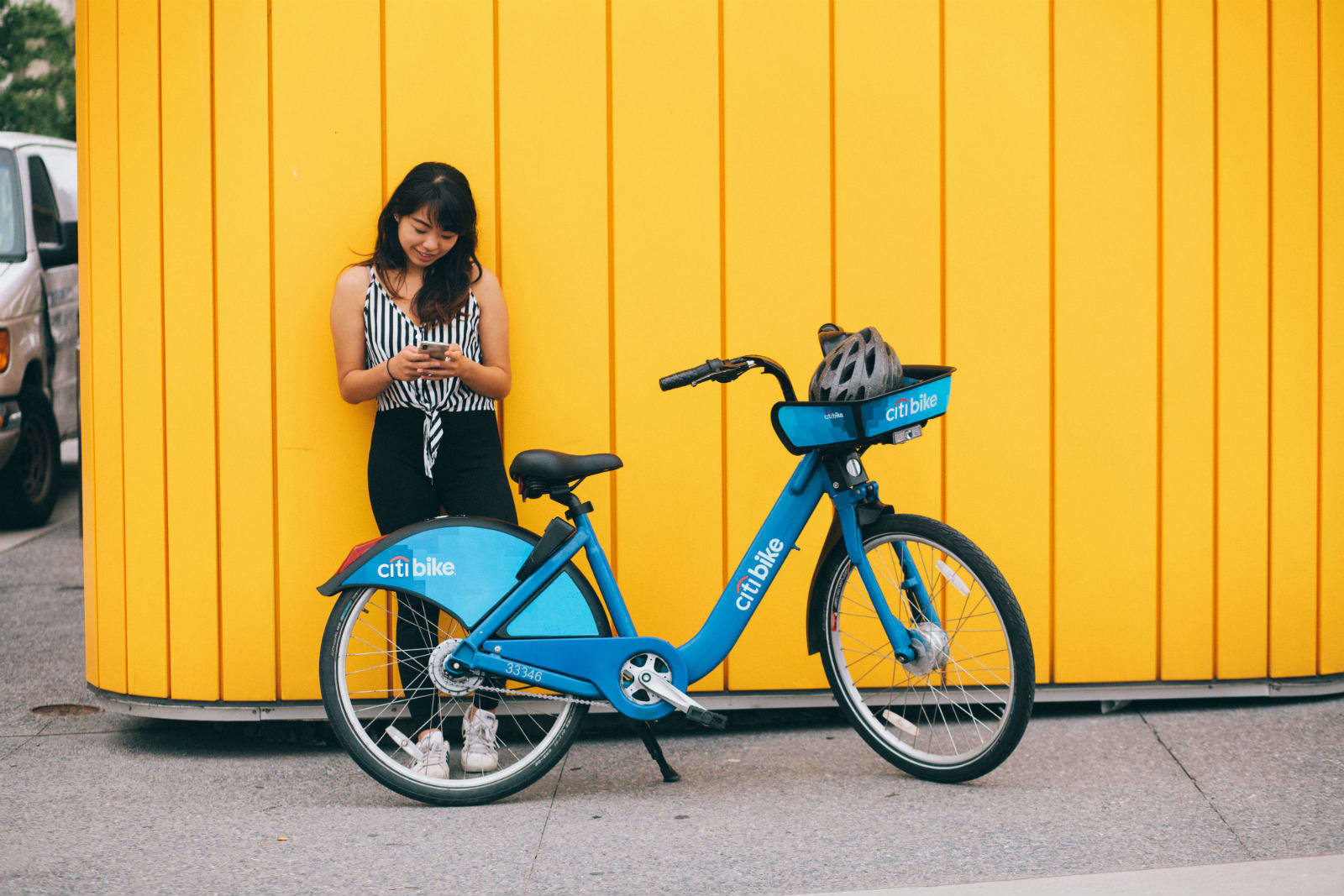 Lyft-owned bike-sharing services are removing electric bikes from their respective fleets in New York, Washington and San Francisco citing safety concerns. Citi Bike, Capital Bikeshare, and Ford GoBike recalled the e-bikes after "a small number" of users experienced "stronger than expected braking force on the front wheel." The New York Times reports that "dozens" of Citi Bike riders in NYC have reported injuries while riding the e-bikes, prompting the company to pull 1,000 electric bicycles from the streets.

A new e-bike is on the way, Citi Bike said in a statement, but for the time being all three companies are replacing e-bikes with classic pedal bikes in their fleets. "Out of an abundance of caution, we are proactively removing the pedal-assist bikes from service," the companies said in respective statements. "We know this is disappointing to the many people who love the current experience — but reliability and safety come first."

Lyft, which recently began trading publicly with a valuation of over $24 billion, acquired Citi Bike, Capital Bikeshare and Ford GoBike parent Motivate in November. At the same time, it announced a deal with NYC to expand Citi Bike through a $100 million investment. The plan sought to triple Motivate's required 12,000 bikes to 40,000 within the next five years, and more than double the coverage area to 35 square miles. It also promised a fleet of conventional and pedal-assist e-bikes, and 12 new valet stations.

Citi Bike's e-bikes arrived on the streets of New York in August, following the city's approval of new rules on electric bicycles. The pedal-assist system on the bikes can reach a maximum speed of about 18 miles per hour, a Lyft spokeswoman told the NYT. Citi Bike had reportedly planned to have 4,000 e-bikes available by June.

Source: Citi Bike, Capital Bikeshare, GoBike
Coverage: The New York Times
In this article: bicycle sharing, bike sharing, bike-sharing, capital bikeshare, Citi Bike, e-bike, electric bicycle, electric bike, gear, GoBike, lyft, transportation
All products recommended by Engadget are selected by our editorial team, independent of our parent company. Some of our stories include affiliate links. If you buy something through one of these links, we may earn an affiliate commission.