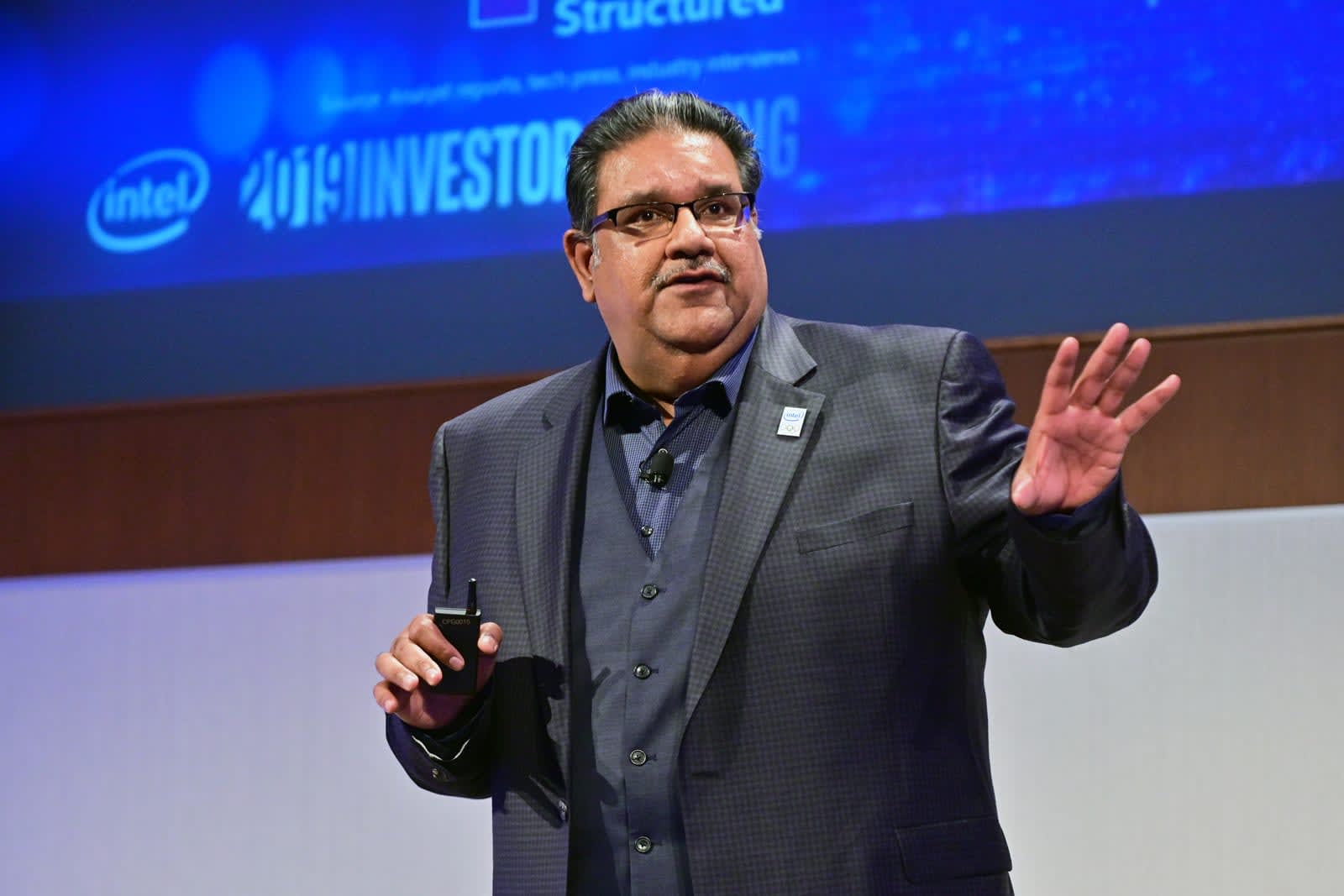 Intel is nearly ready to ship 10-nanometer processors in large volumes -- no, for real this time. After years of delays, the semiconductor giant has announced that its 10nm mobile Ice Lake processors will start shipping in June. It's not certain just when you'll see the first laptops based on the new parts (Intel offers a generic in-time-for-the-holidays figure), but Intel is boasting that a future Core i7 quad-core chip will tout twice the graphics performance over its 8th-gen counterpart, twice the video transcoding speed and up to three times the AI brawn. You still aren't likely to be doing heavy duty number-crunching with it, but that's still an improvement over years of modest upgrades to Intel's long-in-the-tooth 14nm technology.

You can expect "multiple" 10nm chips throughout 2019 and 2020, including a general-purpose GPU, server-side processors and specialized parts like the AI-oriented Nervana.

You'll have to wait a while for the leap to 7nm. The first product based on the smaller and denser technology, an Xe-based general-purpose GPU, isn't due until 2021. At least you can expect reasonable gains from it. Intel is expecting a roughly 20 percent boost in performance per watt, and the extreme ultraviolet lithography needed to make it should be useful for "multiple" generations of smaller processes.

In many ways, Intel is opening the floodgates. Intel's struggle to manufacture 10nm chips has held the company back, giving rivals like AMD (not to mention companies using ARM-based chips) a chance to catch up and sometimes outrun its hardware. While their processes aren't always comparable (AMD's 7nm won't be as meaningful as Intel's), that's not a good look for a company that once prided itself on consistently offering the fastest CPUs. Intel can finally start offering sizeable generation-to-generation improvements without having to tack on more cores, and everyday users might have better reasons to upgrade their PC after years of skipping incremental Intel revisions.

Source: Intel Newsroom
In this article: 10nm, 7nm, cpu, gear, ice lake, intel, personal computing, personalcomputing, processor, xe
All products recommended by Engadget are selected by our editorial team, independent of our parent company. Some of our stories include affiliate links. If you buy something through one of these links, we may earn an affiliate commission.