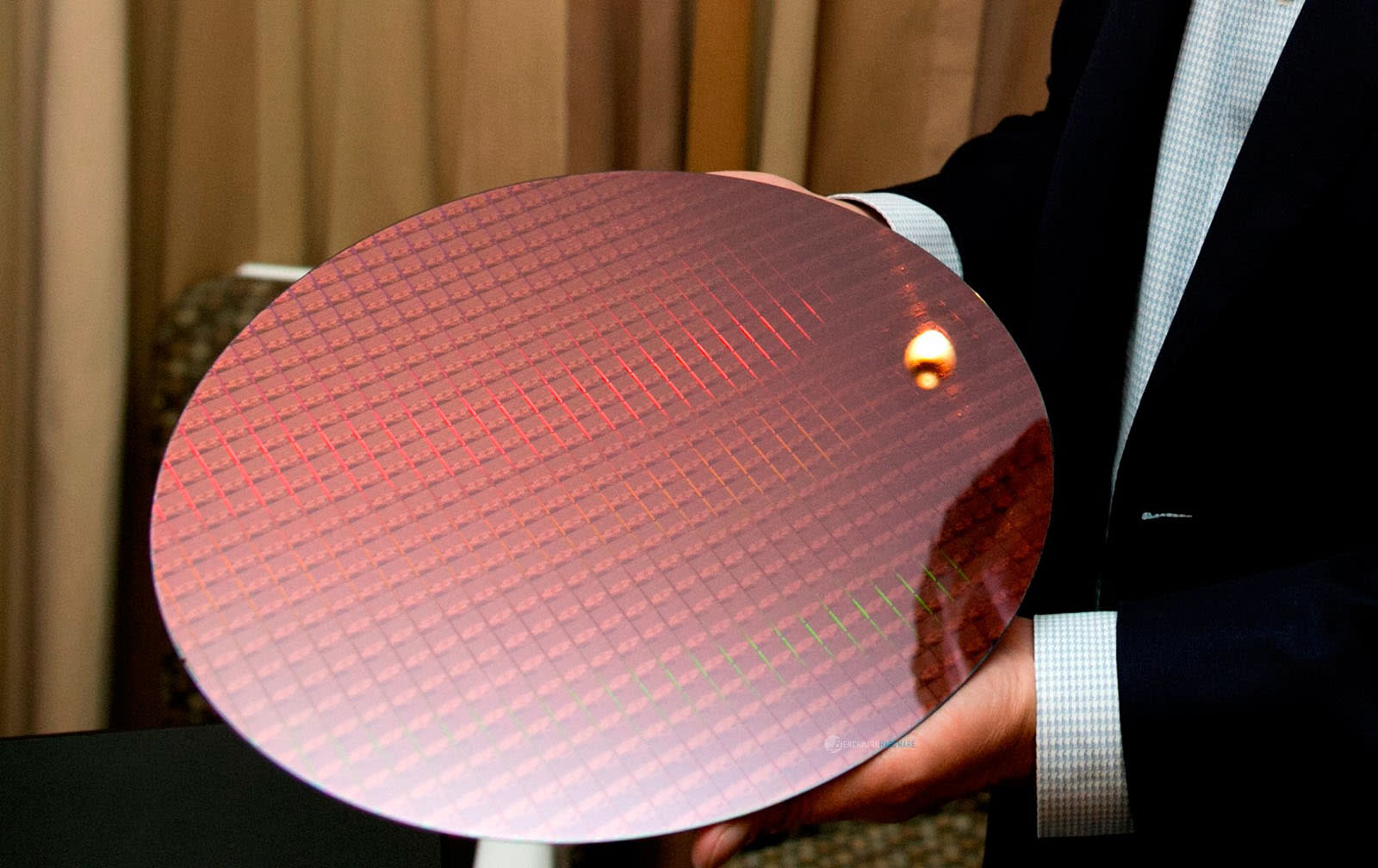 Intel has announced that, once again, mass production of its 10-nanometer "Cannon Lake" chips will be delayed. The company is already shipping the chips in low volumes (though no one knows to whom at this point), but said it "now expects 10-nanometer volume production to shift to 2019 [rather than the end of 2018]." It announced the move in its first quarter earnings report, which saw it collect a record $16.1 billion in revenue and $4.5 billion in profit, a 50 percent jump over last year.

Cannon Lake CPUs, which use Intel's new 10-nanometer process, were originally supposed to arrive in 2016. Since then, rival TSMC has released 10-nanometer chips and Samsung is pumping out its second generation of 10-nanometer CPUs. Samsung has actually qualified 8-nanometer chips, and by the time Cannon Lake arrives, they might be in production.

Intel has said that its own 10-nanometer tech will be superior to that of Samsung and TSMC, as it will have more features per square inch. However, it's getting so far behind that even if that's accurate (and some industry watchers don't think so), it might be moot by the time the chips arrive. Intel is sticking with its current tech for "Coffee Lake" eighth-gen chips, but CEO Brian Krzanich noted during the earnings call that it has improved 14-nanometer performance by 70 percent since it first launched.

Judging by the numbers this quarter, Cannon Lake delays haven't affected Intel's bottom line, but most of its revenue still comes from its PC-centric business unit. With impressive reviews for Ryzen 2 chips, however, AMD might start to cut into Intel's PC sales more over the next year. Given that, and recent problems with the Spectre and Meltdown chip flaws, it seems like Intel can't suffer any more Cannon Lake delays.

Update: Intel is actually shipping some Cannon Lake chips in low volume rather than just building them like the post originally stated. It's been updated with the correct information.

In this article: 10-nanometer, BrianKrzanich, CannonLake, CPU, gear, intel, personal computing, personalcomputing, Processors
All products recommended by Engadget are selected by our editorial team, independent of our parent company. Some of our stories include affiliate links. If you buy something through one of these links, we may earn an affiliate commission.