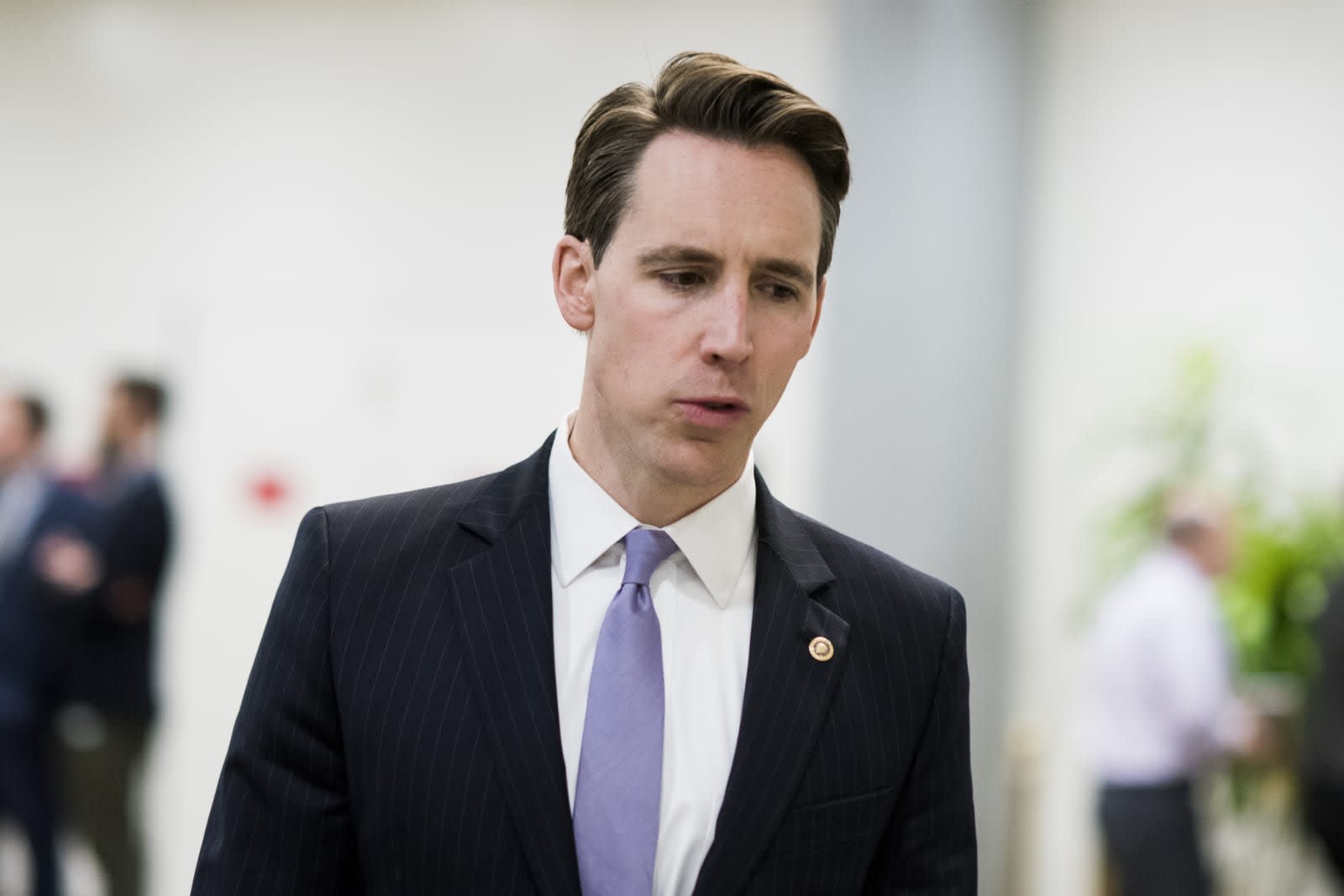 Huawei's Google-backed smart speaker might never have seen the light of day, but that isn't stopping politicians from asking questions about it. Republican Senators Josh Hawley, Tom Cotton and Marco Rubio have sent a letter to Google chief Sundar Pichai requesting answers about the never-announced device. They're concerned that the speaker could have served as a "listening device" for the Chinese, and that Google might have been "putting profits before country."

The line of questioning effectively accuses Google of collaborating on spying efforts. The Senators asked Google why it teamed with Huawei "to develop listening devices for use in the United States," to start with. They also wonder why Google maintained the alliance after the Justice Department indicted Huawei over trade secret theft, and whether the company gave consideration to or discovered "national security vulnerabilities" during the collaboration. And while Google is believed to have shelved the project following the US blacklisting, the politicians want to know if Google would resume work if the blacklist ended.

The Senators wanted Google to provide its answers by August 30th. We've asked Google for comment. However, there's a good chance the company won't be enthusiastic.

In addition to possibly having to confirm the existence of the speaker, it would also have to address questionable presumptions about smart speaker features and China's intelligence gathering. Despite what some authorities believed, smart speakers aren't recording non-stop. As a rule, they only record after they hear their hotword (such as "hey Google" or "Alexa"), and then only for seconds at a time. It's also odd to suggest that China could use continuous recordings from "millions" of homes as a meaningful intelligence tool -- that's a lot of junk data that would make the NSA's bulk collection seem targeted by comparison. While the questioning could provide some insights into Google's cooperation with Huawei, we wouldn't count on it unveiling any fiendish plots.

Update 8/7 6:15PM ET: Google told Engadget that "we have no smart speakers in development with Huawei" and that it would "always prioritize privacy and security." Note the present tense -- it's only saying that there isn't a speaker currently in development (it can't with the trade ban in effect), not that it had never worked on one before.

Source: Senator Josh Hawley
In this article: av, china, gear, google, government, huawei, internet, politics, privacy, senate, smart speaker, sundar pichai, surveillance, voice assistant
All products recommended by Engadget are selected by our editorial team, independent of our parent company. Some of our stories include affiliate links. If you buy something through one of these links, we may earn an affiliate commission.