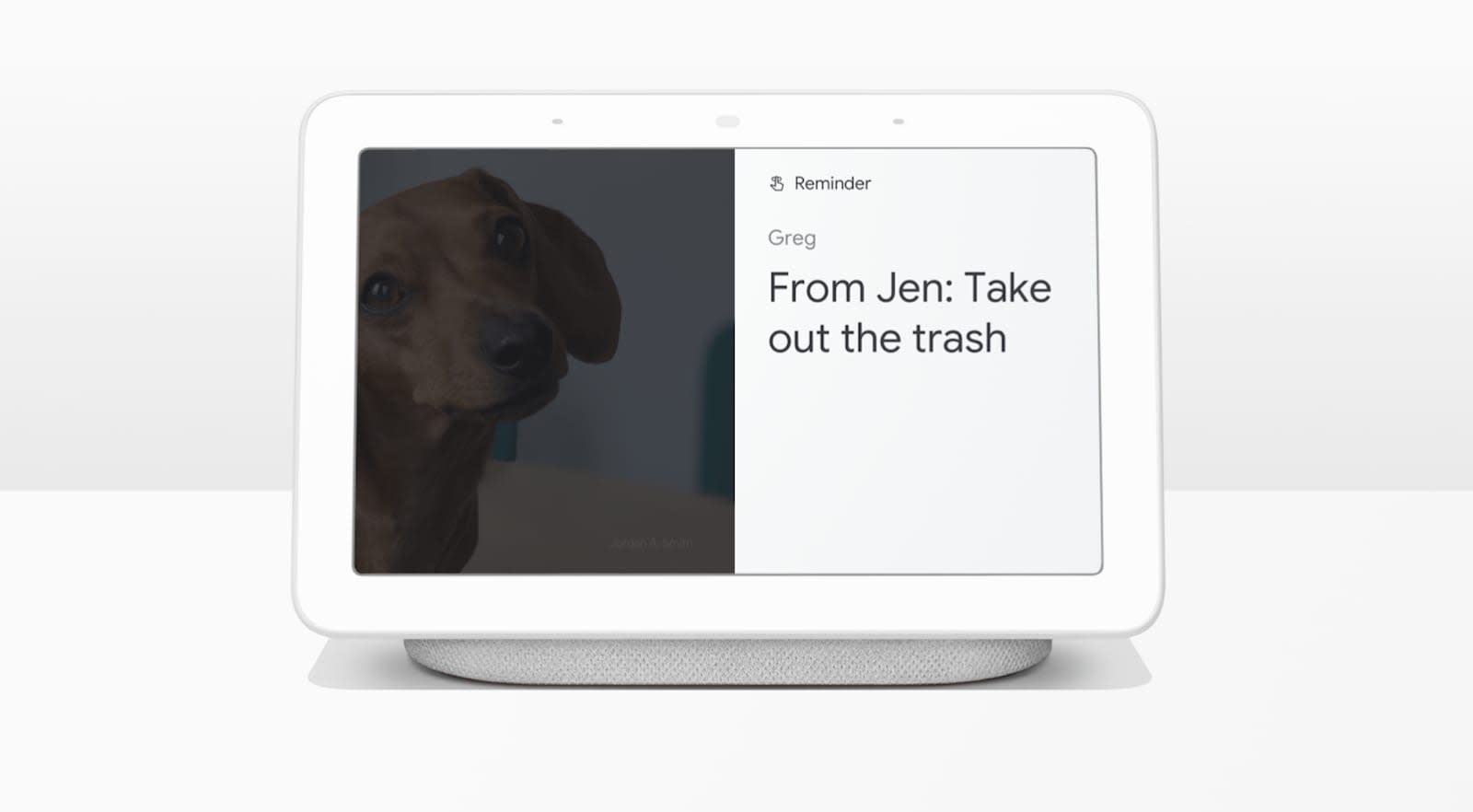 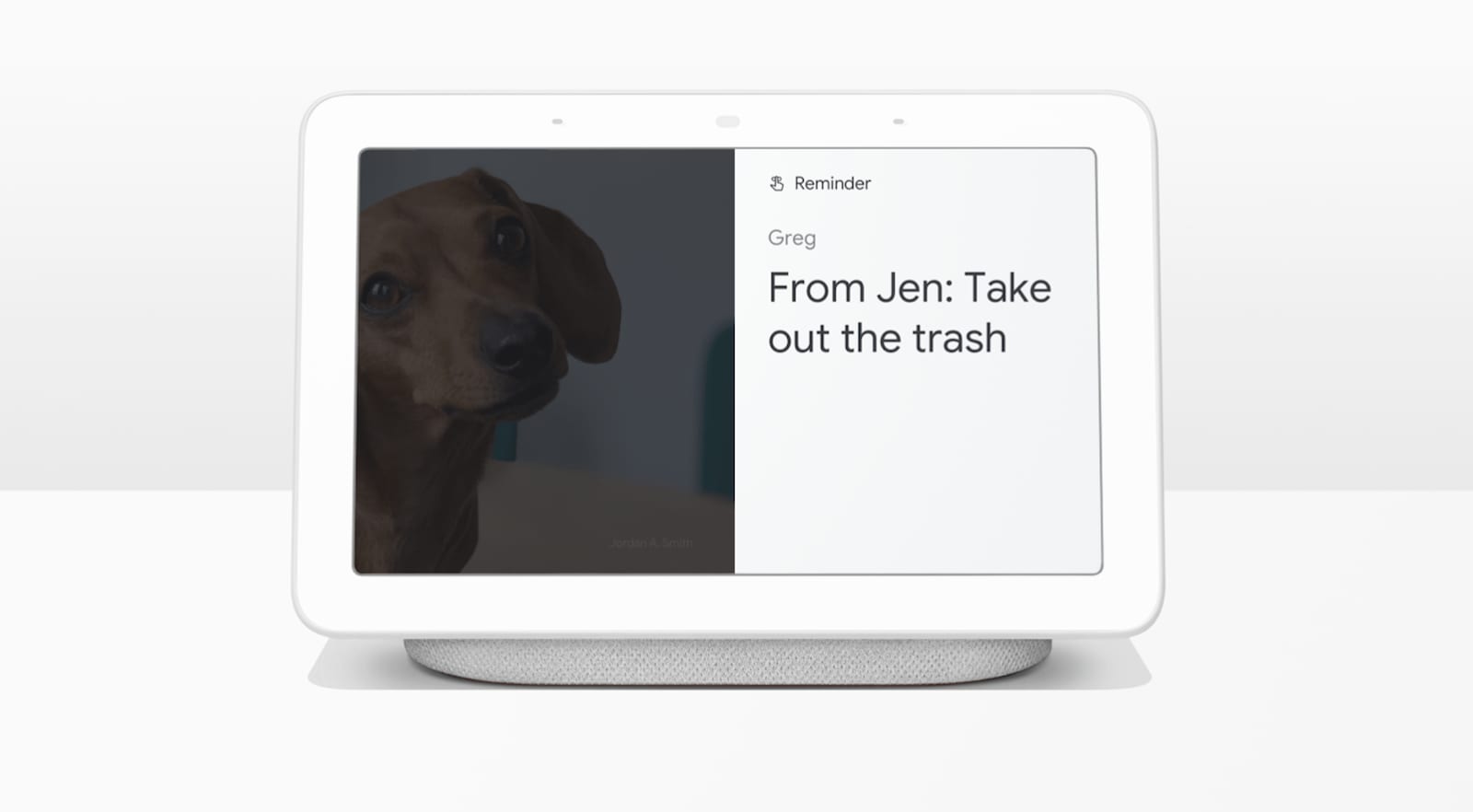 Setting reminders for yourself is easy, but not so much when you want to remind someone else of their responsibilities. You often have to resort to old-fashioned techniques like text messages and Post-it notes, which are easily lost and forgotten. Google, however, has come up with an alternative solution. Now, you can ask Google Assistant to assign reminders to other people, specifically family and household members.

To do so, you can just ask Assistant to assign a reminder to someone. The command would go something like this: "Hey Google, remind George to pick up the dry cleaning at 4 p.m." After that, you'll get a confirmation that the task was sent, and George will get a notification that you've set him a reminder. Then, at 4 p.m., George will get another notification nudging him to pick up the dry cleaning. When George marks the task as completed on his phone, you'll get a notification too.

Not only can you set reminders for a specific time like in the above example, but also for a specific location or address. So if your reminder is for George to buy the milk when he's at the Safeway at 4th and Main Street, then the reminder will pop up when he's there. Google also said that the feature can be used to send little notes or messages, like "Hey Google, remind Mary that she'll do great in her presentation." (Apparently, the latter is a use case that Google discovered in internal focus groups).

The reminder will work not just with phones (iPhone users will need to install the Assistant app) but smart speakers and smart displays too. In a demo of this feature at Google's San Francisco office, I saw that the assigned reminders were sent to all the devices that the recipient is associated with. That said, the only way to mark a reminder as complete is by tapping a checkmark on the phone. As of right now, there is no way to do so via a smart speaker or a smart display, though Google is apparently working on this for the future.

According to Google, this feature was built with privacy in mind from the ground up, with the idea that you should only send and receive reminders with people you trust. That means that, at least for now, only a limited set of people can assign reminders to one another: Those who are in your Google family group (like the people you share your YouTube TV account with for example), or the people who are Voice Matched to the same smart display or speaker (With the upcoming Nest Hub Max, it'll work with those who are Face Matched too). Additionally, the recipient must be in the sender's Google's Contacts.

If parents want to assign reminders to kids under 13, they can give them access to Assistant through a Family Link tool on Google's site. You're also able to block anyone from sending you reminders, which could be good for preventing your kids from reminding you to buy Fortnite skins.

In the future, Google is hoping to expand the reminders to be a little richer and more interactive. Glenn Wilson, the group product manager for Google Assistant, told Engadget that it's possible that eventually, reminders will include photos and not just text. And instead of just accepting a reminder to pick up the milk, you could reply with "What kind of milk?" and have the response be included in the note.

"This is just a pure reminders functionality right now, but I can see this becoming far more multimedia in the future," he said. "Then it becomes not so much a reminder, as we are continuing on a longer thread of planning a birthday party or a dinner."

Assignable reminders will roll out to all Google users starting today, though as it's a slow rollout, not everyone will get the feature at the same time.

In this article: assignable reminders, gear, google, googleassistant, home, mobile, personal computing, personalcomputing
All products recommended by Engadget are selected by our editorial team, independent of our parent company. Some of our stories include affiliate links. If you buy something through one of these links, we may earn an affiliate commission.