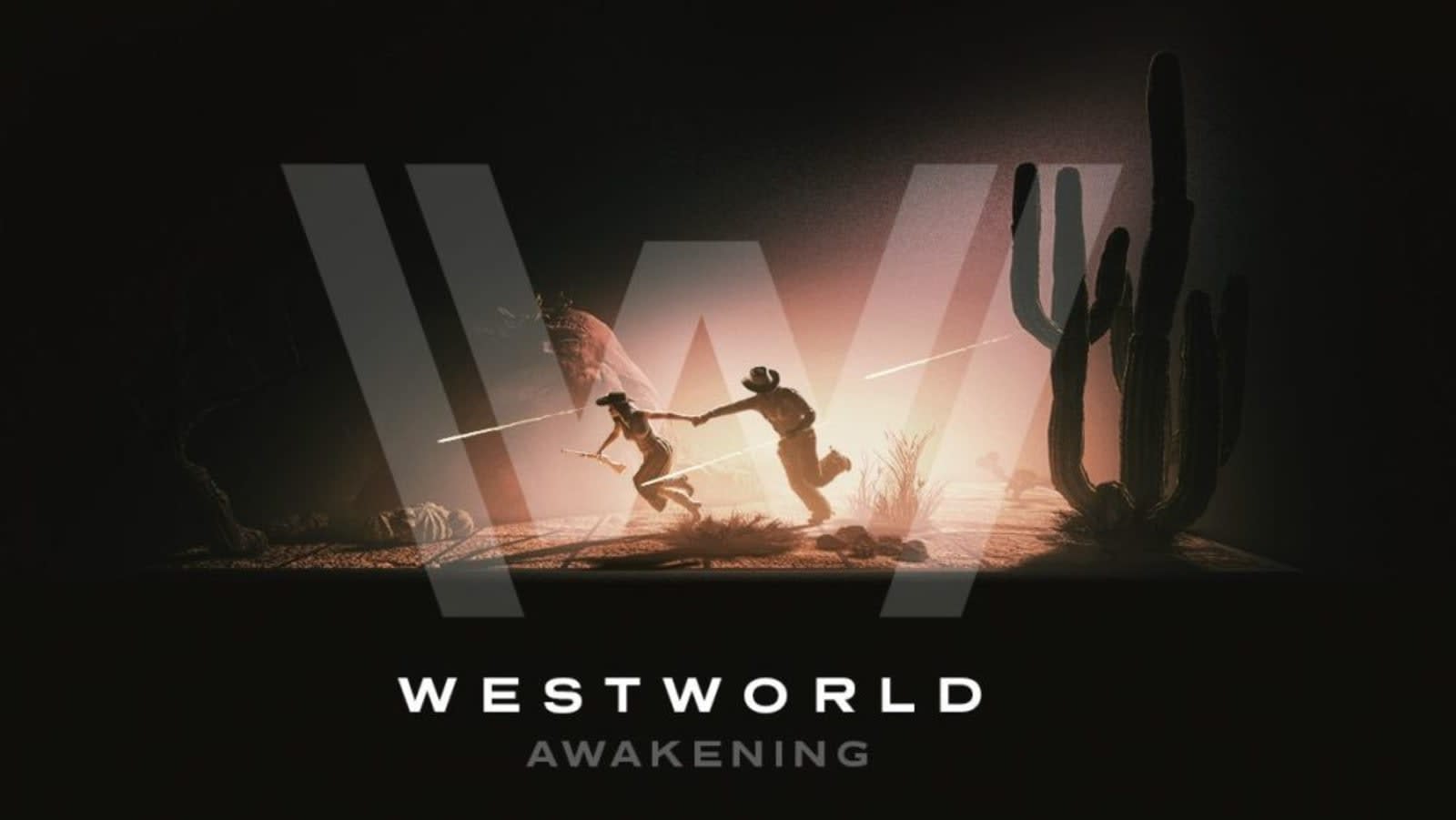 HBO has announced a Westworld virtual reality game, and you won't have to wait long before you can play it. Westworld Awakening -- which it produced with Survios, Kilter Films and the help of Westworld's showrunners -- will hit Oculus Store, Viveport and Steam Tuesday, but only for headsets linked to PCs. There aren't any current plans to release it for Oculus Quest. The game will also be playable in hundreds of VR arcades across the planet, and there's a pretty intense trailer to whet your appetite.

Westworld Awakening should be deeper than previous Westworld VR experiences. It takes place during the show's second season and has a separate storyline with five chapters, according to Variety.

The main character is a host named Kate, who tries to survive and take charge of her destiny as she becomes self-aware in a world in which she's destined to be a victim. You'll move her by mimicking a running motion with your arms, and use gestures to duck behind objects and peer over them to take a look at what's going on.

You'll get to explore the Mesa Hub and interact with other hosts, as well as look for clues while steering clear of hazards. The game should last between four and six hours though the development team suggested "you could spend a long time in it." It'll cost $30 and might help you pass the time until the show's third season arrives next year.

Source: Variety
In this article: art, av, gaming, hbo, kilter films, kilterfilms, oculus store, oculusstore, steam, survios, virtual reality, virtualreality, viveport, vr, westworld, westworld awakening, westworldawakening
All products recommended by Engadget are selected by our editorial team, independent of our parent company. Some of our stories include affiliate links. If you buy something through one of these links, we may earn an affiliate commission.