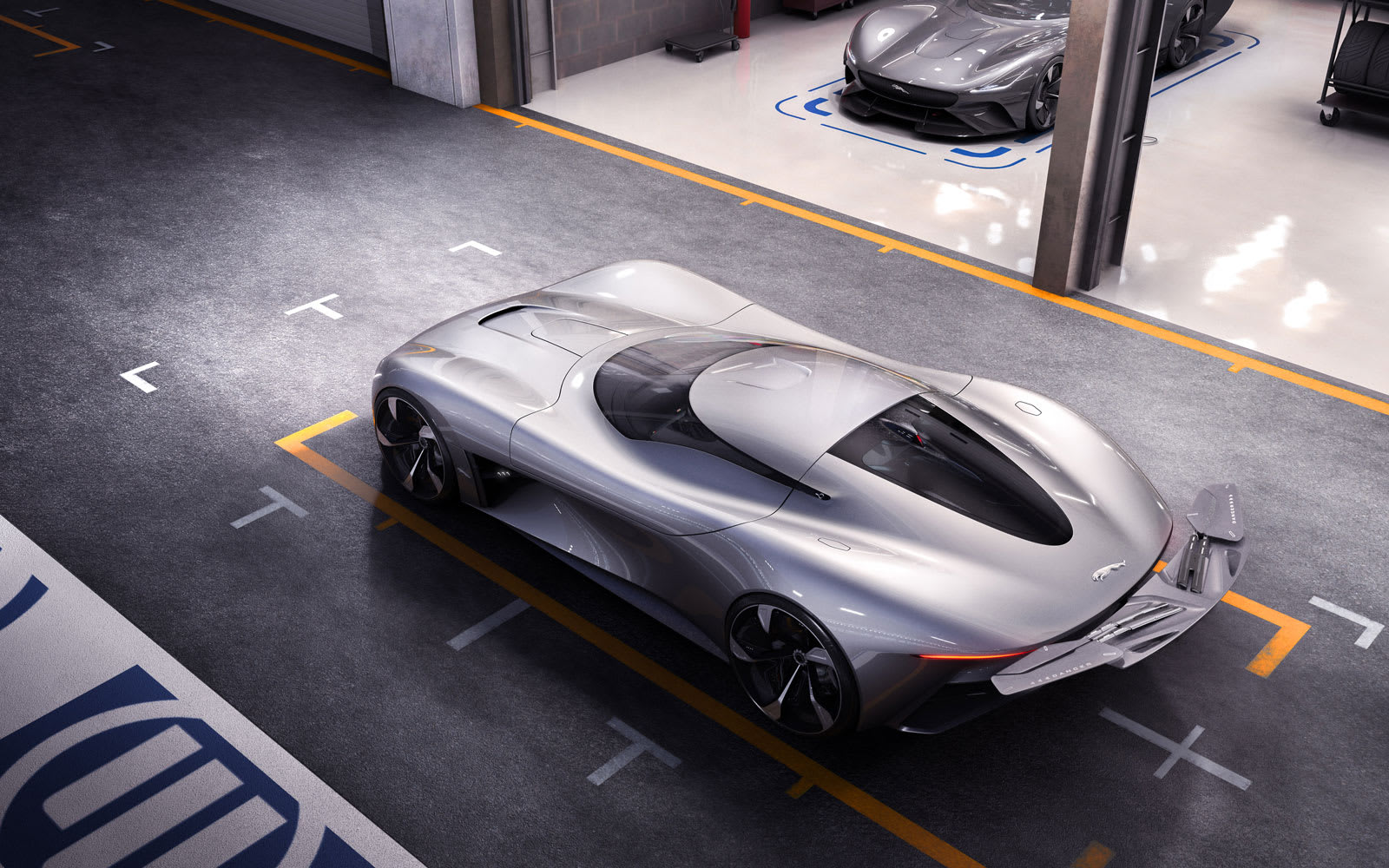 Jaguar has unveiled its first-ever electric hypercar. There's just one catch: for the moment, it will only exist inside of Gran Turismo Sport. The all-wheel-drive Jaguar Vision Gran Turismo Coupé draws inspiration from the company's past race vehicles, including the C-type and D-type.

In-game, the Vision's three virtual motors will produce a combined output of 750kW, allowing them to propel the vehicle from zero to 62 miles per hour in under two seconds, and maintain a top of over 200 miles per hour. Lest you think Jaguar would design a virtual car with any flaws at all, the Vision features a near-perfect 50-50 weight distribution and a 3,080-pound curb weight. There's also a deployable active aero wing to ramp up the cool factor. Inside, the Vision features an onboard artificial intelligence called KITT-E (you know, like Hello Kitty), which, if the car and technology actually existed, would interact with the driver through a holographic display. In-game, they're merely there for show.

"Jaguar's team of designers were given complete creative freedom to develop the perfect proportions and beautiful surfaces of this virtual Jaguar of the future," the automaker says breathlessly in a press release.

While it's easy to make fun of Jaguar for hyping up an imaginary car, it's worth pointing out that the company is by no means the first automaker to make a concept car for Gran Turismo. Moreover, in a way the Vision is more real than the concept vehicles we see car companies parade out to auto shows every year; you can at least drive the Vision, even if it's only in a video game. You'll be able to download the Jaguar Vision Gran Turismo Coupé at the end of November.

Source: Jaguar
In this article: electric vehicle, ev, gaming, Gran Turismo, jaguar, playstation 4, sony, tomorrow, transportation
All products recommended by Engadget are selected by our editorial team, independent of our parent company. Some of our stories include affiliate links. If you buy something through one of these links, we may earn an affiliate commission.