Mercedes' latest high-tech concept car is a throwback to 1901

A digital grille and projected displays would replace vintage parts.

Many of Mercedes' concept cars are focused squarely on the future, but its newest example goes back in time even as it aims to go forward. The automaker has unveiled a Vision Mercedes Simplex concept car that hearkens back to the 1901 Mercedes 35 PS, billed as the "first modern car," while relying heavily on modern technology. The absence of a gas engine (the powerplant is described only as an "alternative drive") is really the least surprising thing here -- it's the cabin and nose that are the real standouts.

The grille has been replaced by a "3D display" that both displays the vintage Mercedes logo an, more importantly, displays the car's status at a glance. The cockpit, meanwhile, sticks to the minimalist look of very early cars through projections that display context-sensitive info like speed and navigation. You could focus your attention on driving your retro ride instead of processing a sea of information. Porsche, take note.

You're unlikely to see a production version of the Simplex. It doesn't even have a windshield or a rated power output, let alone the equipment needed to pass modern safety standards. This is more an illustration of how Mercedes could recall its roots without giving up present-day creature comforts. Don't be surprised if you see the projections and other elements find their way into road-going cars, even if it's in a limited form. 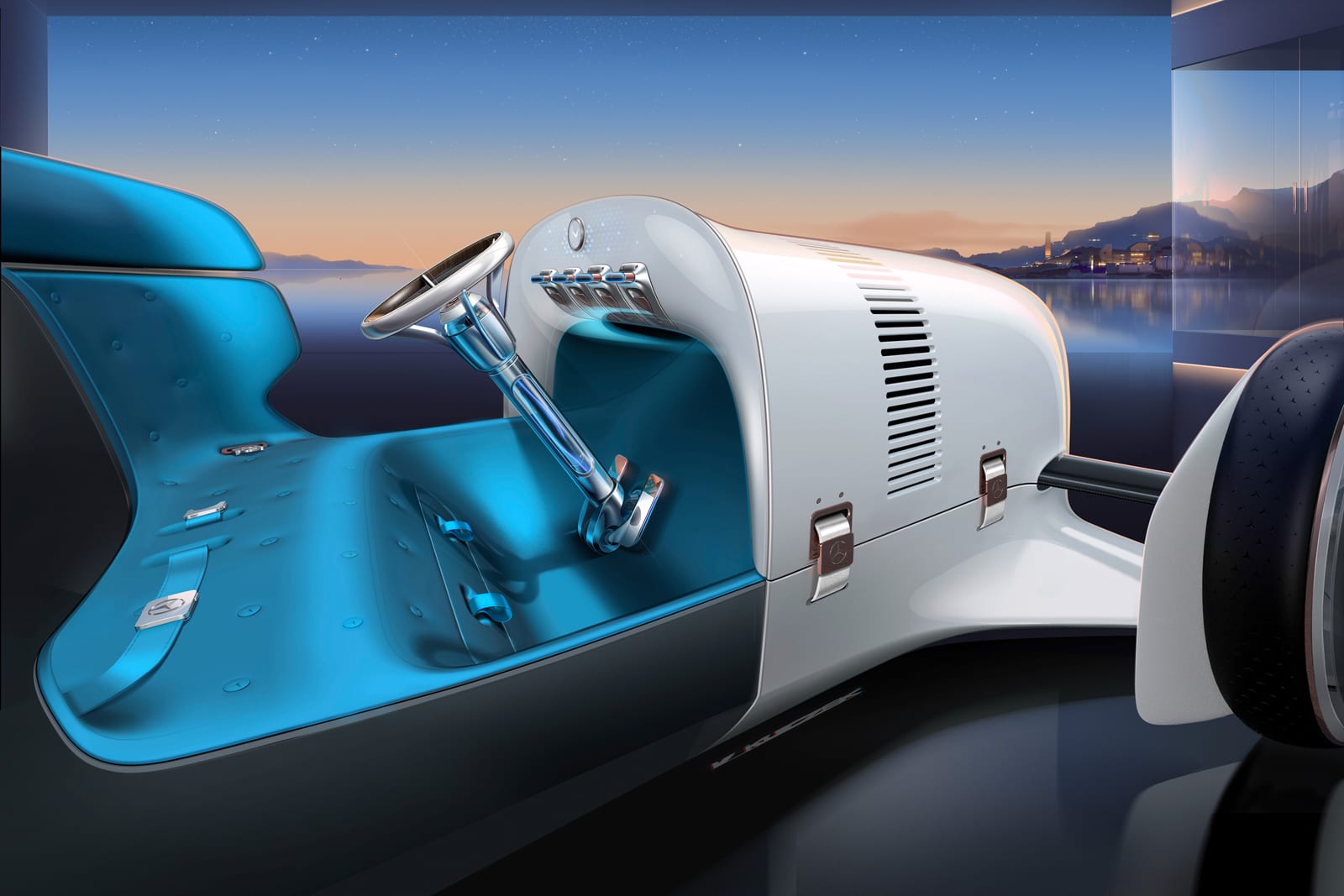