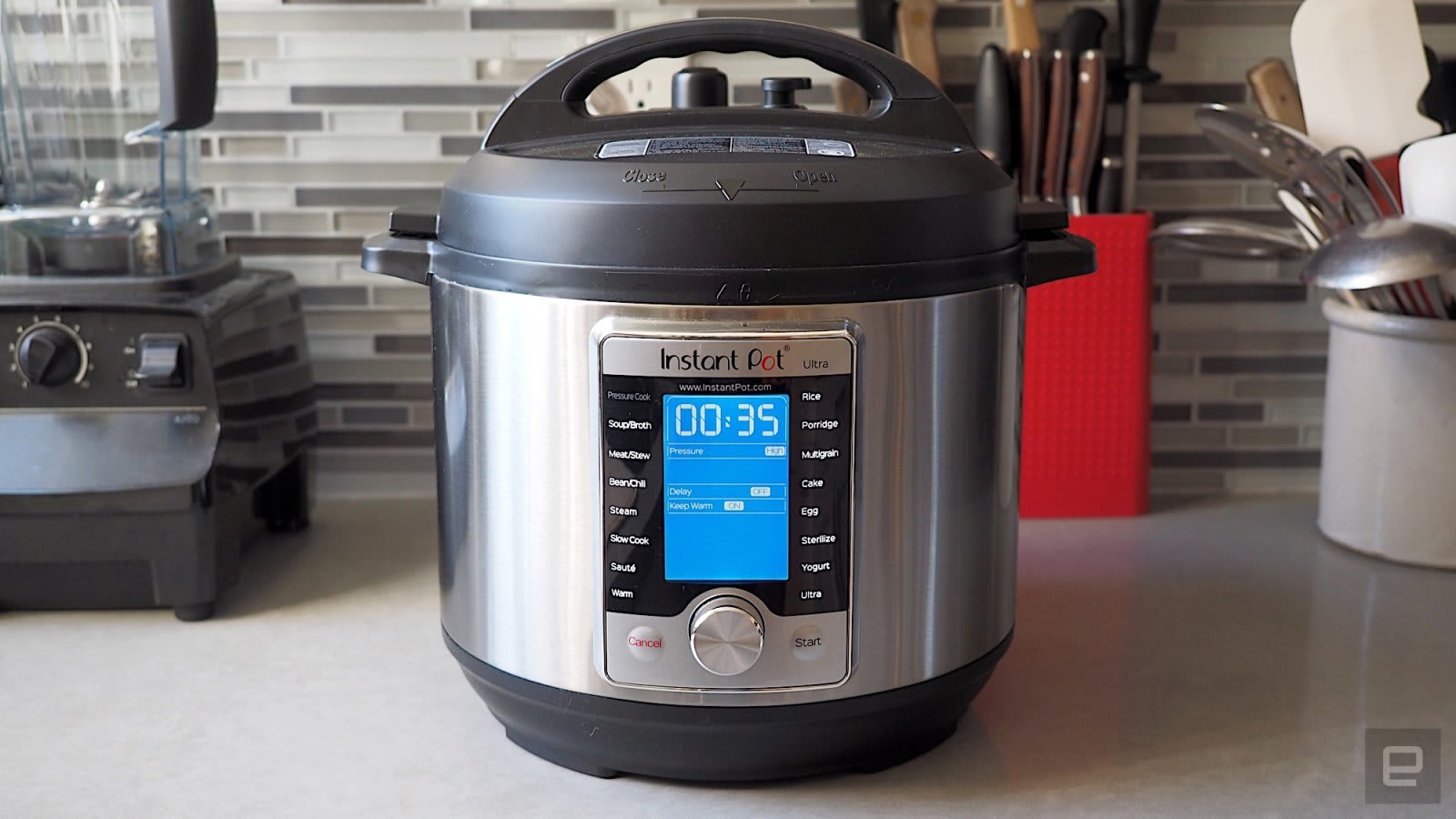 If you've been waiting to jump on the Instant Pot hype train, now is the time to do so. Amazon has discounted all three models of the Instant Pot Ultra, effectively making them around $100 each. The biggest discount, however, comes with the 8-quart model, which the company is currently selling for $99.99, down from $179.95. According to Camelcamelcamel, that's the lowest price Amazon has ever sold the 8-quart model. Additionally, the mid-sized 6-quart model is currently $109, instead of 149.95, and the 3-quart model is $99.95, instead of 119.95. Neither of those is the lowest they've ever been, but they're good deals nonetheless.

If you're not sure what size to buy, Instant Pot says the 3-quart model is ideal for cooking meals for between two to three individuals (it can also cook up to 12 cups of rice). The 6-quart model, meanwhile, is better suited for families since it can cook meals for up to six people. Lastly, the 8-quart model is for "large families."

If you do end up buying an Instant Pot, make sure to check out our guide for helpful tips on how to use your new kitchen gadget to its fullest.

Source: Amazon
In this article: engadgetdeals, gear, home, instant pot, pressure cooker, thebuyersguide
All products recommended by Engadget are selected by our editorial team, independent of our parent company. Some of our stories include affiliate links. If you buy something through one of these links, we may earn an affiliate commission.