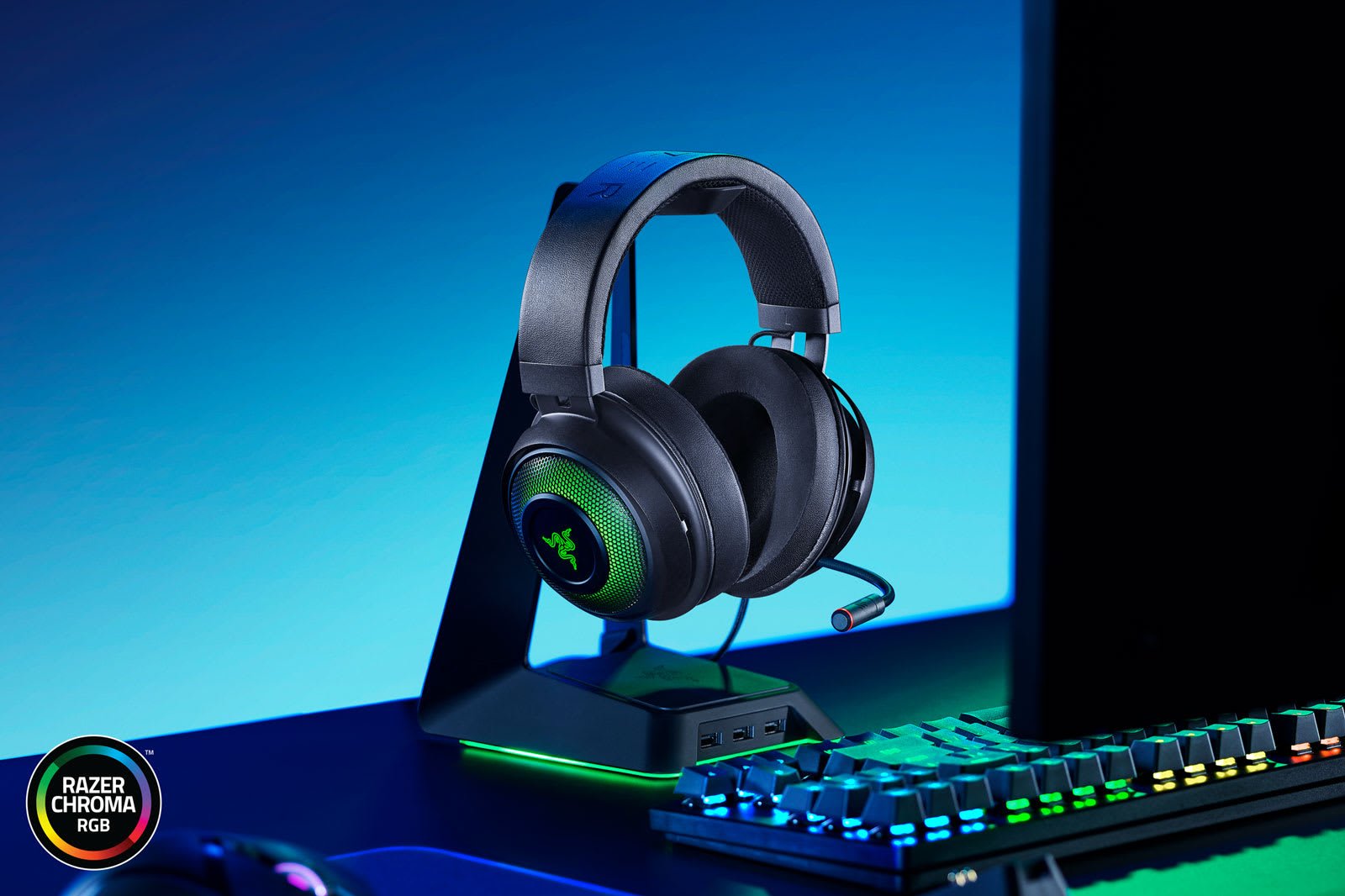 For competitive gamers, 3D audio can make the difference between locating a sneaking enemy and getting taken down by a well-aimed shot. Razer's gaming headsets have primarily used 7.1 surround sound for 3D audio in the past, but now the company is expanding its range of competitive gaming headsets using THX Spatial Audio with the launch of the Razer Kraken Ultimate.

THX Spatial Audio is a positioning audio feature that creates a 360-degree sound environment, and Razer promises it provides even greater positional accuracy than 7.1. The virtual speakers also match the distance of in-game audio sources which should put less strain on the ears.

The audio is produced by 50mm drivers custom-tuned for a natural sound curve, and the microphone has active noise cancelling for clear communications with teammates.

The headset also has comfort features integrated into the sound-isolating ear cushions, like cooling gel to prevent overheating during long gaming sessions and eyewear channels for those who wear regular or blue-light glasses. And of course, it wouldn't be a gaming product if there wasn't RGB, so it comes with RGB underglow which can be controlled through Razer's Chroma software.

In addition to the Kraken Ultimate, Razer is also introducing the more affordable Kraken X USB, which sells for $59.99 or €69.99. This headset has 7.1 surround sound, a bendable cardioid microphone, custom-tuned 40mm drivers and green earcup lighting.

Update: 11/18/19 6:55am ET: This article has been edited to list the updated weight of the headset and its cable length.

In this article: av, gaming, gear, headsets, razer
All products recommended by Engadget are selected by our editorial team, independent of our parent company. Some of our stories include affiliate links. If you buy something through one of these links, we may earn an affiliate commission.