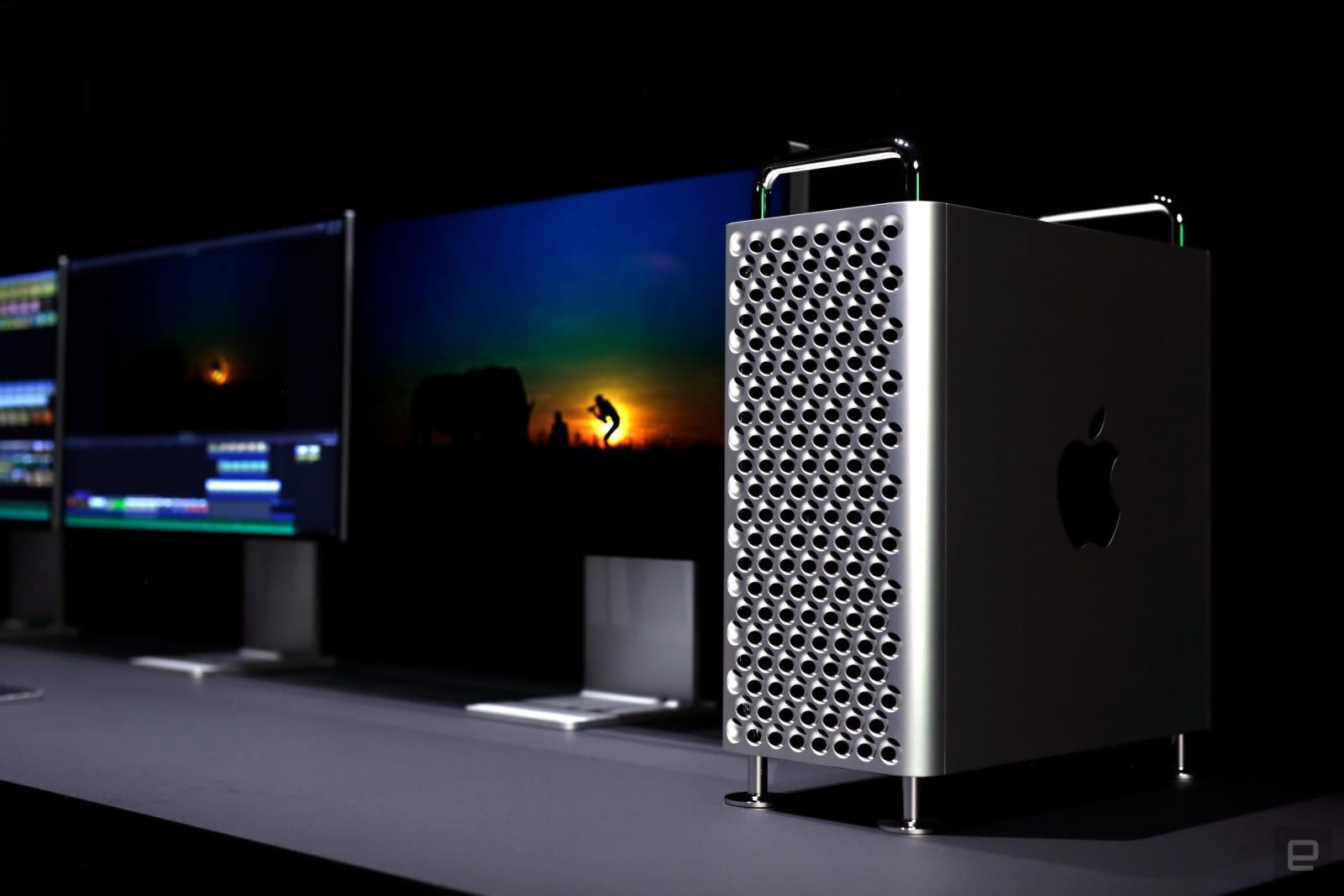 Apple is determined to win as as many tariff exemptions as it can, it seems. The White House has confirmed that President Trump will visit Apple's Mac Pro factory in Austin, Texas on November 20th, backing up rumors of an impending tour. It's not clear if Tim Cook or other Apple executives will be present (we've asked Apple for details), but it wouldn't be surprising given the optics. Apple wants to be seen as having the Trump administration's support, while Trump wants to be seen supporting American jobs.

For Apple, though, there's an extra level of urgency. The next big round of US tariffs on China is poised to take effect on December 15th, and it could easily raise the costs of selling phones, laptops, monitors and other mainstays of Apple's product lineup. A tour like this might help Apple persuade Trump to offer exemptions or otherwise alter the tariffs to keep costs down. Tim Cook hasn't been shy about courting Trump even as he disagrees on key policies, going so far as to warn the President that tariffs could hurt Apple's ability to compete with Samsung and other rivals that won't be affected.

Whether or not Trump will be impressed is another matter. While the Austin factory isn't the sum total of Apple-related manufacturing jobs in the US (some components are made in the country), it's still a highly automated facility manufacturing a pro workstation. Apple can afford to assemble the Mac Pro in the US in part because it's a low-volume product that doesn't require a huge number of workers to build. The recent tariff exemptions made it that much easier. The plant may add jobs, but not to the degree where it's a major contributor to the American economy.

Source: CNBC
In this article: apple, austin, donald trump, factory, gear, mac pro, manufacturing, personal computing, personalcomputing, politics, president trump, texas
All products recommended by Engadget are selected by our editorial team, independent of our parent company. Some of our stories include affiliate links. If you buy something through one of these links, we may earn an affiliate commission.