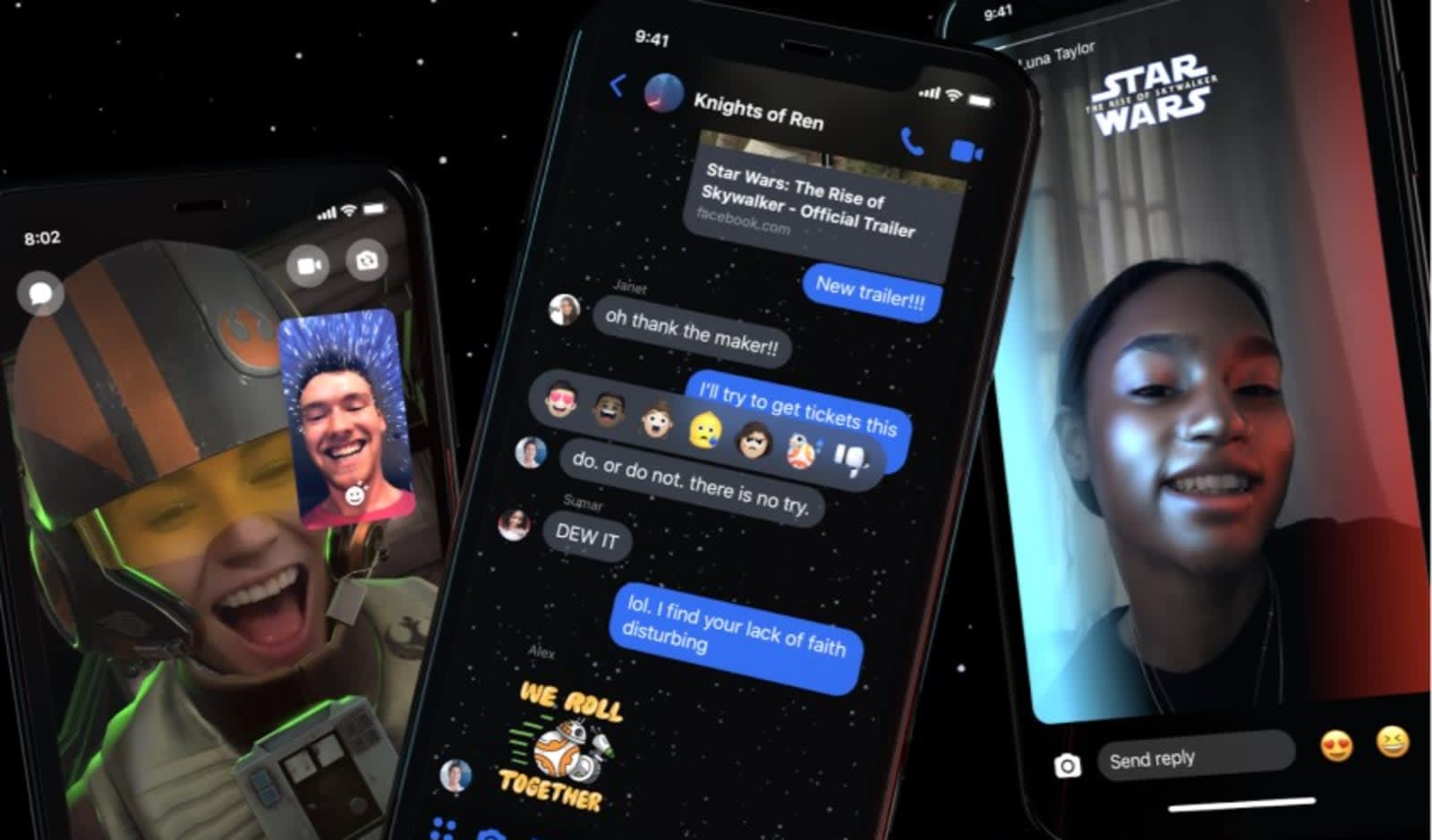 In case you hadn't heard, there's a little indie movie coming out next week called Star Wars: The Rise of Skywalker. As if tie-ins from the likes of Le Creuset weren't enough for the future arthouse classic, Facebook is getting in on the act with its first branded chat theme for Messenger.

The limited-edition features include reactions and stickers from the final entry in the Skywalker saga, including characters from both the light and dark sides of the Force -- fingers crossed for Baby Yoda reactions and stickers at some point too. Facebook's also adding some augmented reality effects for photos and Messenger video calls, so you can appear as though you're traveling at lightspeed or in the cockpit of Poe Dameron's X-Wing.

It looks like a fun way to get you and your buddies even more amped for the last Star Wars movie for a while. You can activate the theme by tapping on the name of a thread in Messenger (probably the name of the person you're speaking with unless it's a group conversation) and switching to it from the theme options. 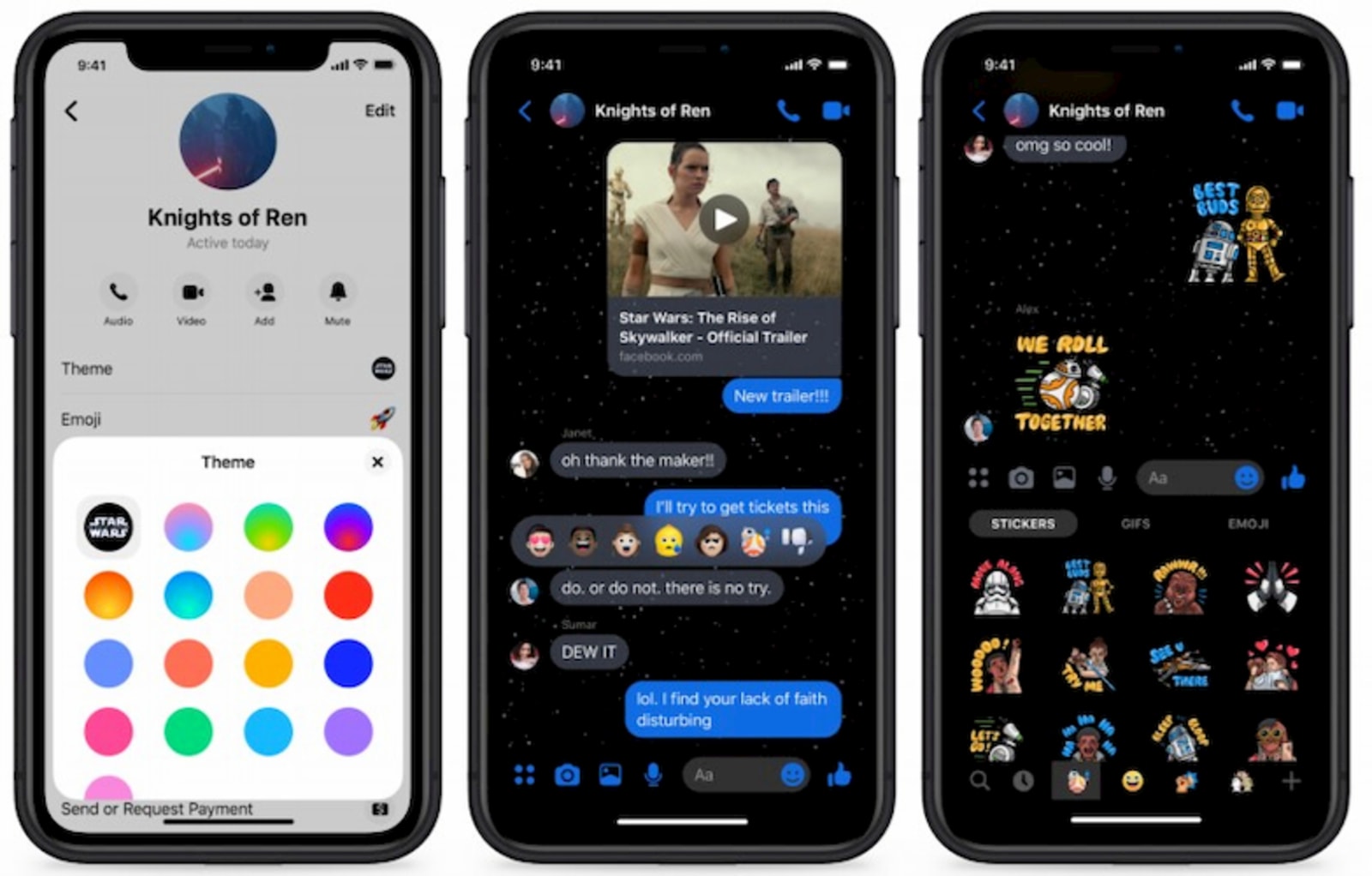 In this article: ar, augmented reality, augmentedreality, entertainment, episode ix, episodeix, facebook, facebook messenger, facebookmessenger, messenger, services, star wars, star wars ix, star wars the rise of skywalker, starwars, starwarsix, starwarstheriseofskywalker
All products recommended by Engadget are selected by our editorial team, independent of our parent company. Some of our stories include affiliate links. If you buy something through one of these links, we may earn an affiliate commission.