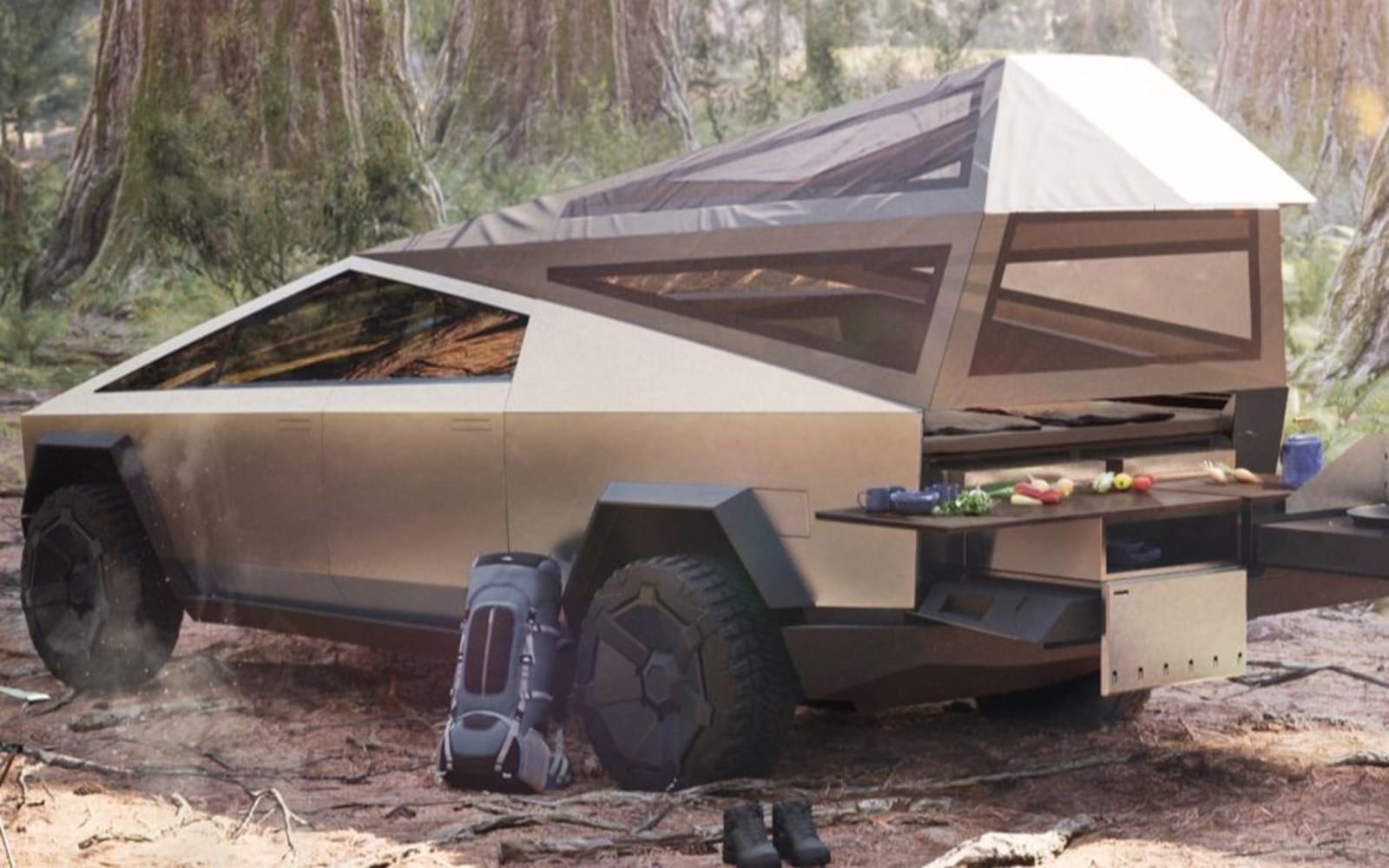 Today, Tesla began pushing its "holiday update" to its vehicle fleet. The changes include one present for EV owners who appreciate the great outdoors (though not enough to sleep on the ground): Camp Mode. The feature, reported by Electrek, allows Tesla's vehicles to maintain airflow, temperature and interior lighting. You can also play music and power devices, which could come in handy for tailgating too.

In the tweeted words of Elon Musk, "big batteries rock." With all the extra power, it makes sense that EV owners might want to use some for camping accessories and comfort. Tesla isn't alone in this thinking. Earlier this year, Rivian added a camp stove add-on to its electric truck. Nissan has a slightly different approach: recycling some of its EV batteries by giving them a second life in campers.

Elon Musk teased Camp Mode more than a year ago, and Tesla has offered a watered-down version since 2017. Though, that only kept the climate system on while you were in the car. According to Electrek, using the new and improved Camp Mode is as easy as tapping the fan icon on the bottom of the touchscreen, selecting 'Keep Climate On' and tapping 'CAMP.' If you're really feeling adventurous, maybe you'll spring for one of Tesla's electric Cyberquad ATVs as well.

The "holiday update," which Musk hinted at last week, does include a "Full Self-Driving" preview as promised, but it's limited. The new feature is essentially improved sign reading capabilities. The driving visualization system can now display additional objects like stop lights, stop signs and select road markings. You'll also be able to view text messages as cards and read and respond to them using voice commands.

Source: Tesmania, Electrek (1), (2)
In this article: camp mode, camping, car camping, charging, climate control, electric vehicle, ev, ev battery, full self-driving, gadgetry, gadgets, gear, green, holiday update, music, preview, tailgating, tesla, text messages, transportation, update
All products recommended by Engadget are selected by our editorial team, independent of our parent company. Some of our stories include affiliate links. If you buy something through one of these links, we may earn an affiliate commission.