The starter button is about as analog as it gets in this prototype.

Have you wondered what would happen if Fiat Chrysler embraced fully digital car cabins? You're looking at it. The automaker has unveiled an Airflow Vision concept car for CES 2020 where the interior is effectively all-digital, with six screens handling the experience for the driver and passengers. Virtually the only physical buttons are the starter button and the on-wheel navigation keys. That might not be thrilling if you still prefer tactile input, but FCA is promising that the screens won't be overwhelming.

The Airflow Vision reportedly touts an interface that's "safe, easy to use and understand," with a clean, consistent and legible system that should keep distractions to a minimum. You can also personalize the interface down to grouping screens based on your particular needs. It's also possible to share info with anyone else in the cabin -- say, if you want to let your kids know your route. It's far too soon to say if this will improve on the experiences of screen-heavy cars like the Porsche Taycan, but it's good to know that FCA has at least thought about the consequences of moving controls to touchscreens. 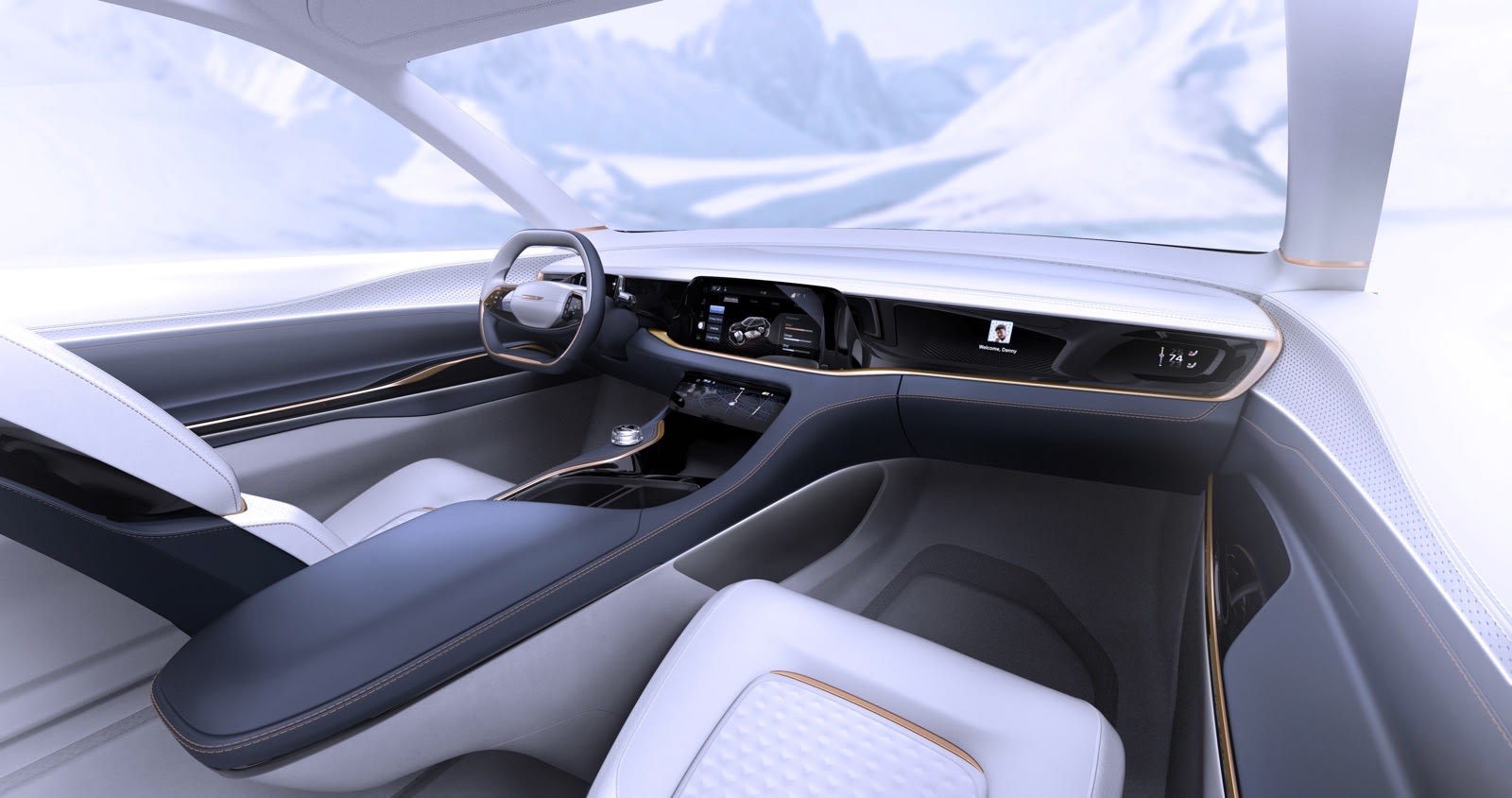 You won't get many answers about the performance at this stage. The concept is based on the dimensions and load floor of the Pacifica plug-in hybrid, but it's not clear whether this would be a PHEV, a pure electric car or something else entirely. It's pitched as a luxury machine with a "calming" interior that includes ambient lighting and slim profile seats that allow for more legroom and personal storage for each occupant.

CES guests will also get to see Fiat's Centoventi concept EV make its North American debut, as well as plug-in hybrid versions of the Compass, Renegade and Wrangler.

There's no mention of whether or not the Airflow Vision will translate to a production car, although we wouldn't count on it without major changes. Those wrap-around wheel wells wouldn't survive a minute on real streets. This might offer a peek at the future of FCA car interiors, though, and it's easy to see some form of this interface finding its way into the automotive giant's electrified lineup.