Just like it did for the Elite 65t in 2018, Jabra has created a version of its latest true wireless earbuds designed for workouts. The Elite Active 75t carries all of the improvements the company added to the Elite 75t a few months ago and then some. This means you can expect much smaller earbuds, improved battery life and better overall audio quality. Like the Elite Active 65t, this new model also has a soft-touch grip coating to make them easier to grab when you're sweaty.

You can expect the same battery life as the Elite 75t: 7.5 hours on the buds themselves, with a total listening time of 28 hours when you factor in the charging case. That charging accessory is also smaller than the Elite Active 65t -- just like the Elite 75t case is much smaller than what came with the Elite 65t. The case for the new Elite Active 75t is covered in that soft-touch grip material, which is a nice touch.

Jabra has also increased the water/sweat/dust resistance on the Elite Active 75t. The previous model for workouts was IP56 rated, and this version is up to IP57. This means that the Elite Active 75t can be submerged for up to 30 minutes in depths up to one meter (just over three feet). So if you happen to drop them in some shallow water, you should be able to recover them quickly with no lasting effects.

The Elite Active 75t will also work with Jabra's new MySound feature that will debut on the Elite 45h headphones. Using hearing assistance tech from sister company GN Hearing, Jabra will offer a test via a series of beeps to calibrate the earbuds to your ears. GN makes hearing aids, so the company's expertise is well-suited to a task like this. The Elite Active 75t can also be used with a MyControls tool that's in the works. Here, you can configure the on-board controls to your needs and have the ability to use just one earbud at a time. Both the MySound and MyControls features will arrive in the existing Sound+ app for the Elite Active 75t in Q2 of this year. 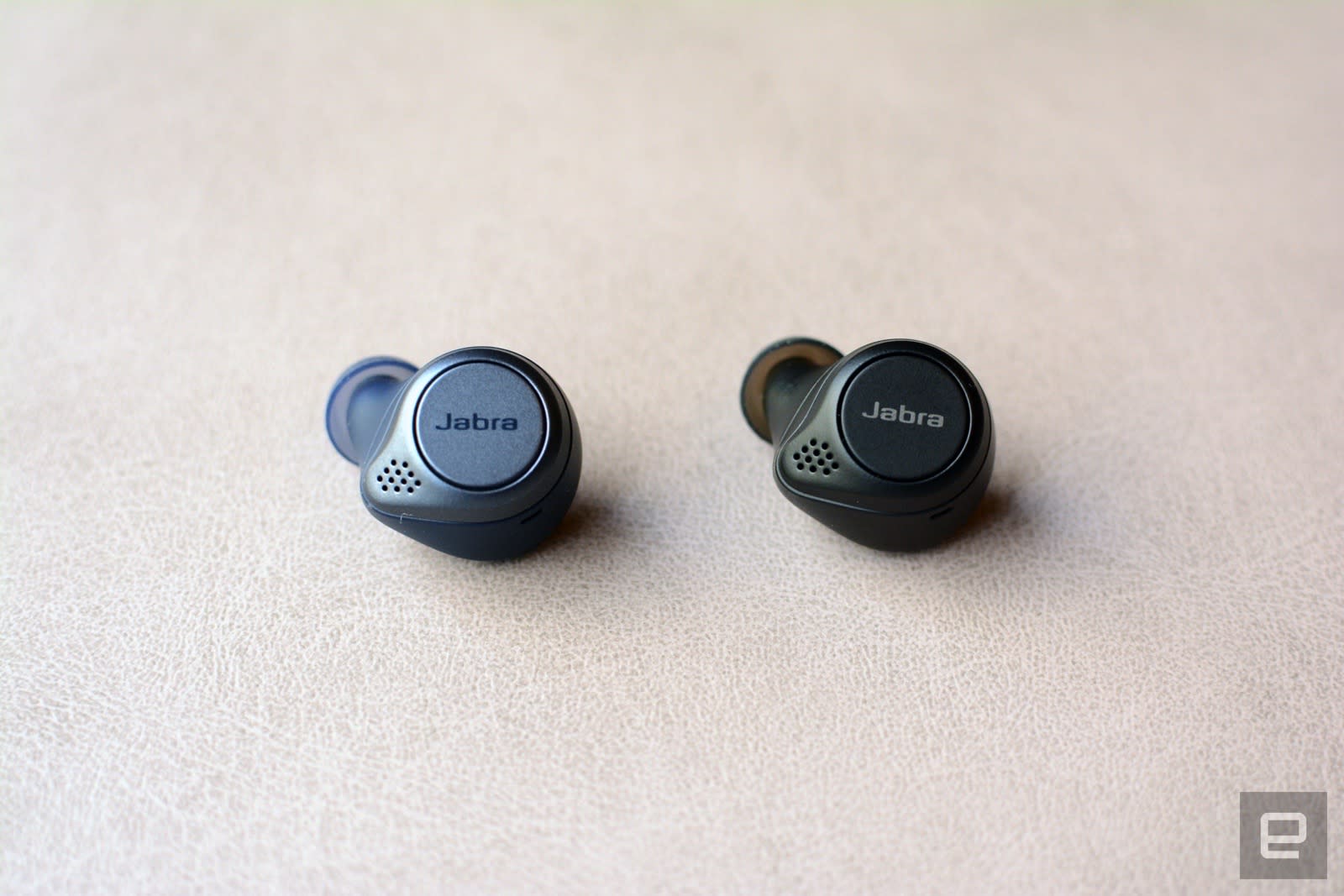 I've been using an Elite Active 75t beta unit for a few days leading up to CES. The company is still making final tweaks, so I won't make a final call on sound quality and connectivity. However, all signs point to this version being just as improved as the regular Elite 75t. The smaller size makes them a lot more comfortable and the longer battery life is a welcome change. I also prefer the grip coating to the bare plastic of the Elite 75t. It just feels nicer when you're handling the earbuds. The only real downside is you'll have to pay nearly $20 more for the waterproof option. And if you're planning to take these to the gym or one a run multiple times a week, the extra investment might be a good idea.