A self-driving EV with VR and comfy seats.

Commuting is the worst part of driving. It's a stress-inducing piece of hell that many of us endure on a daily basis. Audi aims to eliminate that stress with a tiny self-driving car that takes you on a virtual journey while you're sitting in gridlock.

The AI:Me (pronounced Amy) is the automaker's "empathetic mobility partner." With level-4 abilities, the self-driving vehicle is built for dense urban environments. Its small footprint makes nimble enough to cruise down small roads and park in tiny spaces.

Yet, the AI:Me is more than just a small, smart car. Audi wants it to be a sanctuary. The interior is meant to resemble a home with a completely wood dash, cluster and center console. The seats feel more like swanky Swedish furniture than a car seat and its copious amount of glass makes the interior feel much larger than it actually is. 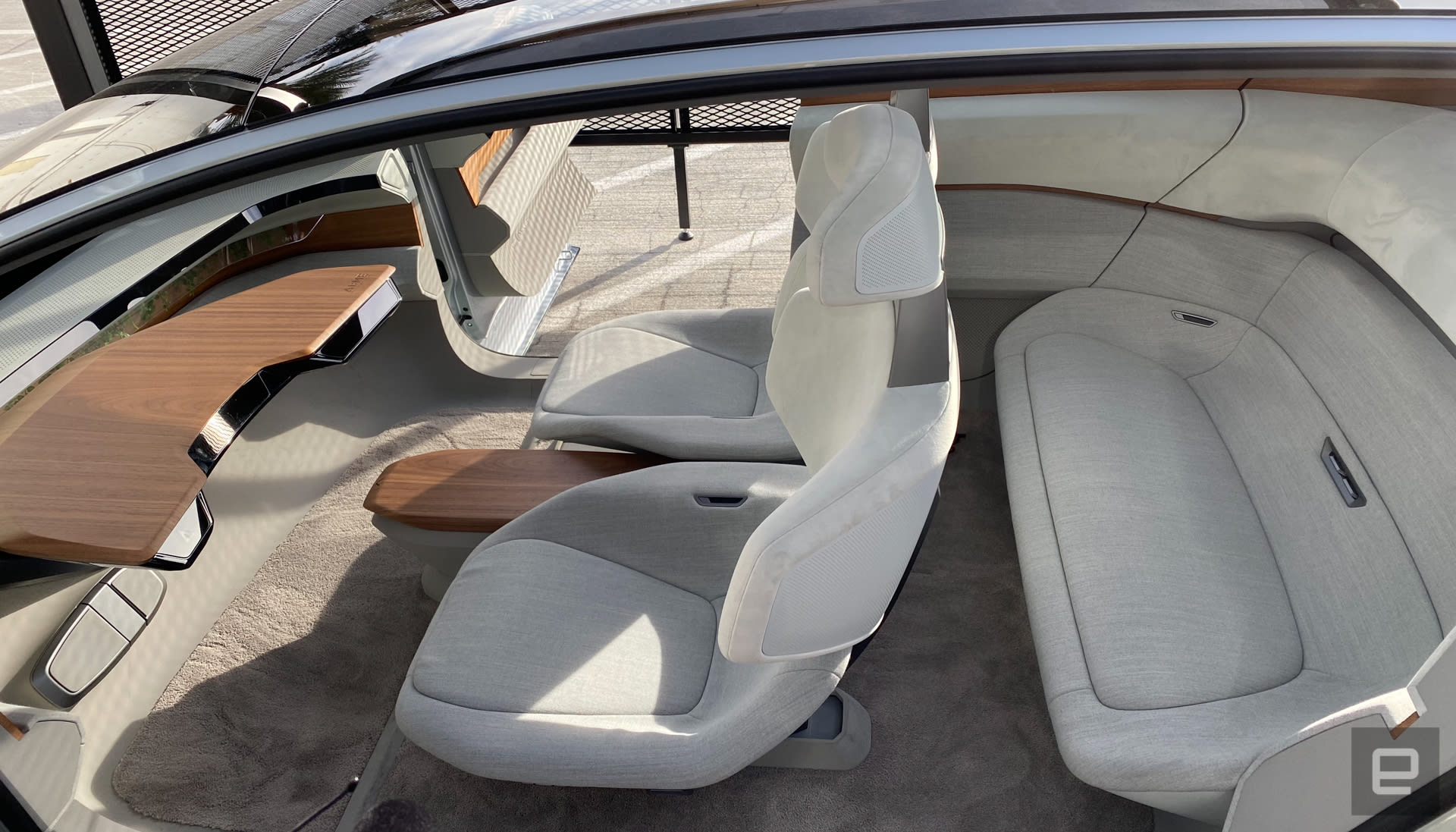 Then there's the tech. During a ride in the vehicle ahead of CES, Audi showed off its eye-tracking infotainment system. A long black display below the windshield showed three options for a meal and I only had to "look" at what I wanted (a donut) for a treat when the drive was over. Everyone loves a good donut after rolling around in a concept car. As I stepped out of the vehicle someone handed me one. Sadly robot-donut delivery technology is not being demoed at a trade show.

Last year Audi showed off a VR headset system that flew you through a space battle that was was in sync with a vehicle's movement. It was impressive in that it didn't make you sick. Syncing a car's movement with a VR world is tricky because just a little bit of latency and people are going to vomit.

This year in the AI:Me they put a VR headset on my face and instead of a rambunctious space romp, I was treated to a relaxing helicopter flight over a beautiful landscape in China. Like last year's adventure, the flight was synced with the movement of the car. The idea is that while you're trapped in slow traffic the driver and passengers could relax by visiting far-away lands.

While the passengers are having an optical spa day inside the self-driving car, the exterior lighting system signals its intentions to others on the road. While driving, we make eye contact with drivers, bicyclists and pedestrians all the time. That connection actually signals to those folks what we're about to do and that we see them. For autonomous vehicles, because you're not looking out on the road (especially if you're flying through a VR dreamland or just napping and dreaming), the car has to make that contact instead. 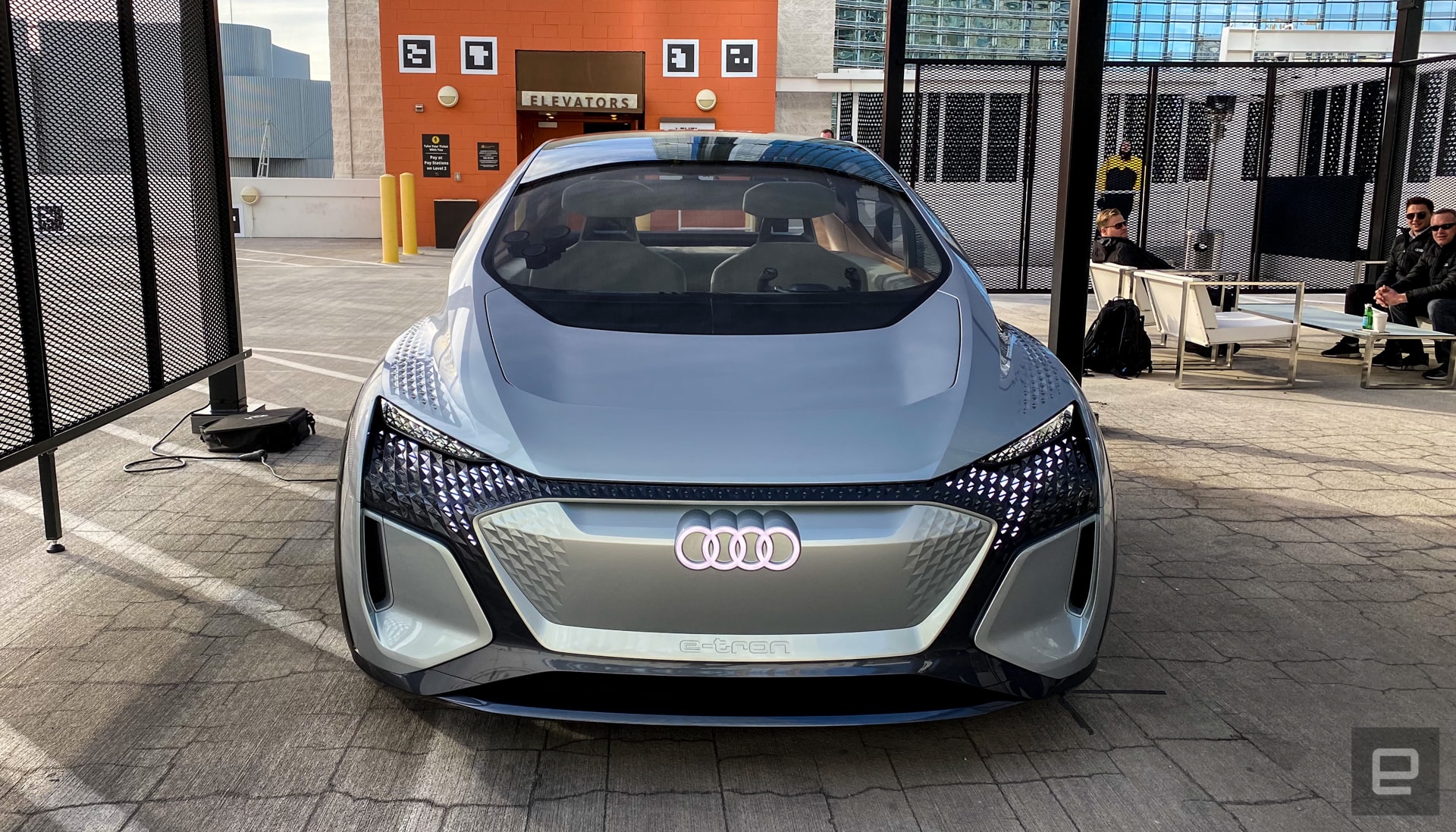 In the AI:Me, that is done via a lightbar along the front of the car, the rear lights and a series of illuminated shoulders on the fenders. The idea is that a 360-degree light field would be used to tell the world what your car is about to do. Sadly, Audi did not demo the system during my ride.

Audi was quick to point out that I was riding in a concept car and that it has not decided if or when any of the features found in the AI:Me will make their way into production cars. Even the design (which I'm a fan of because it looks like a futuristic hatchback) is probably not that likely to make its way into future vehicles. Or at least a car that's available in the US.

Still, I'm hoping at least the ability to order a donut with my eyes will show up sooner rather than later.