We're big fans of Intel's NUC (Next Unit of Computing) lineup, even though they haven't been the most practical DIY systems for most users. They're tiny boxes bundled with CPUs, but you've got to add your own RAM, storage and OS -- all at a much higher cost than building a typical desktop. At CES, Intel is gearing up to unveil its most powerful entry yet, the "Ghost Canyon" NUC, which is big enough to fit a desktop graphics card. It's more of a mini-desktop PC than the small NUC devices we've seen in the past, but it's also much more flexible for gamers who demand decent performance. 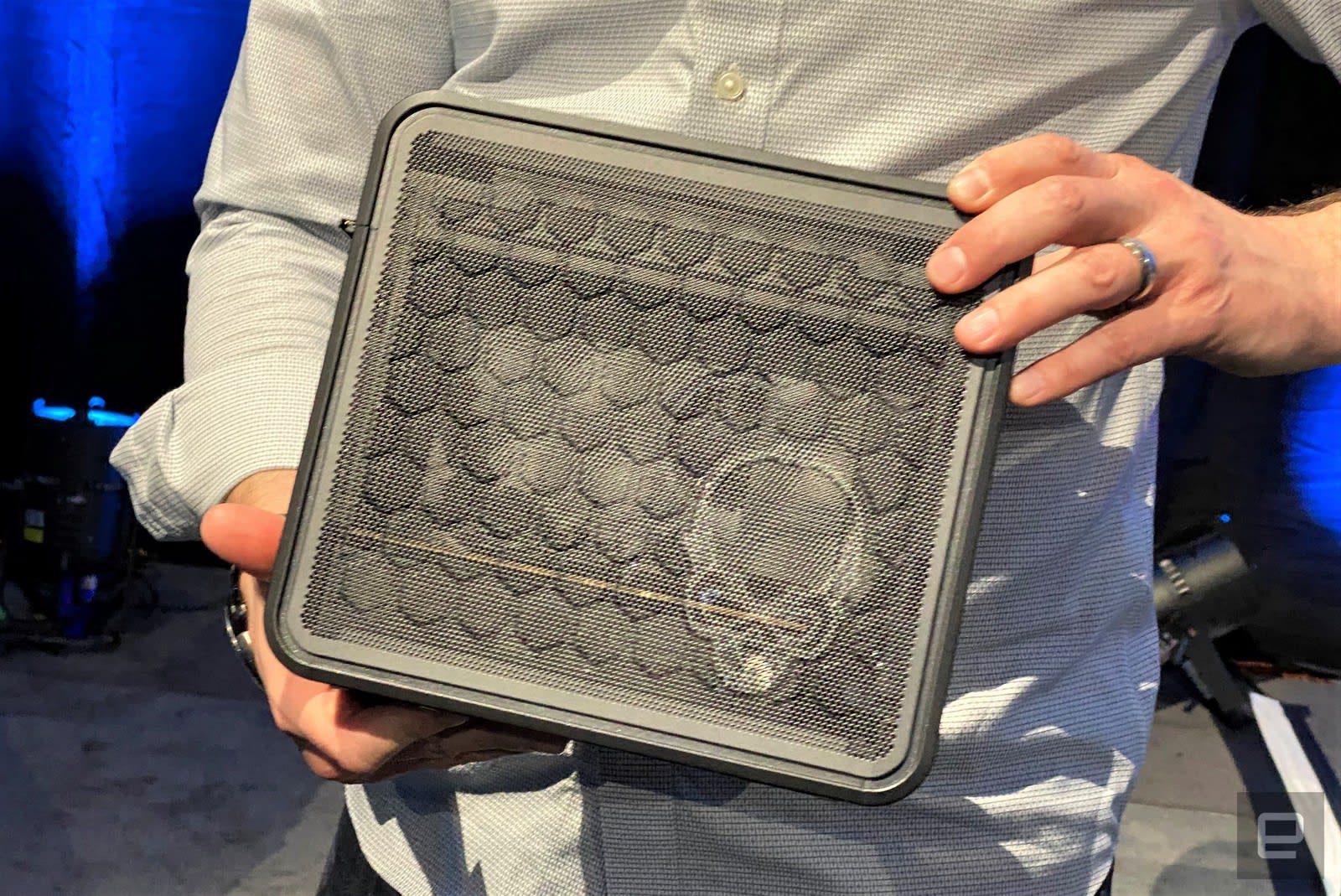 The last NUC we reviewed, codenamed Hades Canyon, featured Intel's unique collaboration with AMD's Radeon graphics. It was a capable little machine, but it was no match for a genuine desktop GPU. Intel says the Ghost Canyon NUC will also be powered by an i9 processor that can reach up to 5GHz on a single core. And for the first time, you'll also be able to upgrade the CPU down the line.

While I'm sure it'll cost much more than a comparable desktop, it could be appealing to gamers who want a powerful rig they can just throw in a backpack. Intel just gave us a sneak peak of the Ghost Canyon NUC at CES today, expect to hear more details later this week.