Now that practically every audio-related company has a gaming headset, JBL is stepping into the ring with its new Quantum lineup at CES. The big differentiator from everyone else: JBL has developed its own virtualized surround sound and head tracking technology, with the goal of fully immersing players into their games.

You'll have seven headphones to choose from, starting with the $40 Quantum 100 and going all the way up to the flagship model, the $300 Quantum One. The cheaper entries are just basic wired stereo cans, but step up to the $80 Quantum 300 and you'll get the company's 7.1 surround sound technology (simply called QuantumSurround). You'll get wireless support with the $149 Quantum 600 and $199 Quantum 800, the latter of which works with a 2.4GHz receiver and Bluetooth 5. 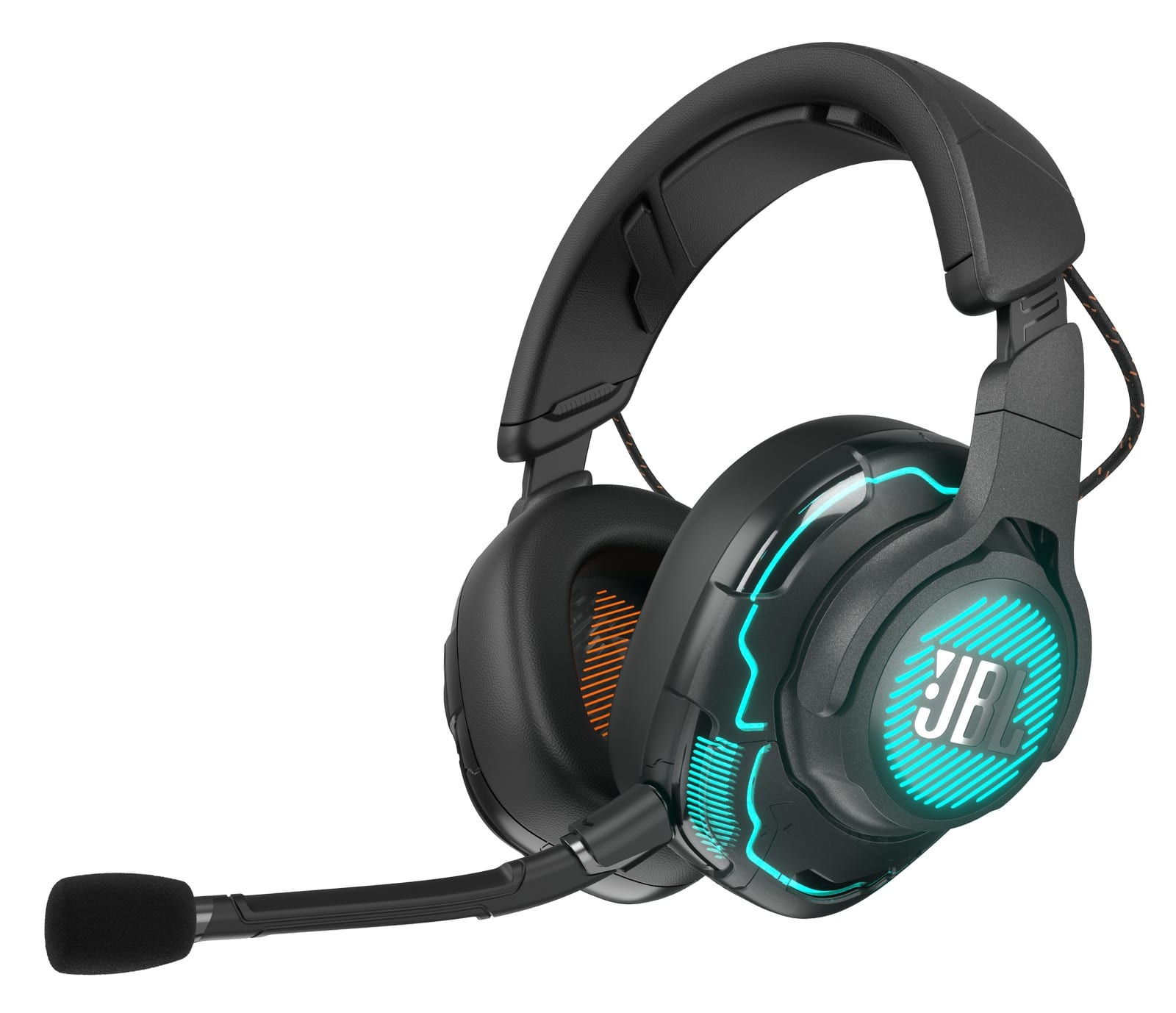 The Quantum One, meanwhile, features the company's 360-degree sound technology along with integrated head tracking. (Like the HyperX Cloud Orbit S, you'll have to plug into a computer over USB to use that feature.) Together, the idea is that you can experience a more realistic soundscape -- one that's like actually sitting in front of a surround sound system, where you can turn your head to keep track of a particular sound. With typical surround sound virtualization, the various channels follow your ears no matter how you turn your head. You can even attune it to your unique ear structure, thanks to a tiny calibration mic.

"We looked at how humans localize sounds in space and how to re-synthesize those cues to trick your brain into believing that the sound sources that are being rendered through your headphones are outside your head, around you," said Alfredo Fernandez Franco, Director of Immersive Audio at Harman, in an email to Engadget. "You could call it 'VR for audio.' The algorithms can re-synthesize these audio cues and, in combination with external data and sensors, we are able to individualize those cues to your unique anatomy."

Franco says JBL's QuantumSphere 360-degree algorithms are integrated directly into the Windows audio system, so developers and consumers don't need to do anything else to use its head tracking feature. And yes, it also works outside of games, so you can expect a new level of immersion while watching Netflix movies with 5.1 surround sound.

JBL is also introducing the $150 Quantum DUO speaker at CES, which includes Dolby Digital support and JBL's virtual surround sound tech. You can expect some decent audio positioning as well, but it obviously won't be as accurate as the Quantum One's head tracking feature. Not every gamer wants to wear headphones though, and the Quantum DUO's integrated lighting could appeal to LED-obsessed PC players.

The JBL Quantum lineup will be available starting in April.