Roland's Go:Livecast is a livestreaming studio for your phone

If you hear the word streamer, what do you think? An expensive gaming PC, perhaps, with a decent webcam and microphone attached to a boom stand or headset. The truth is, however, that many lifestyle streamers -- those who create content around cooking, music, or sharing beauty tips -- are thriving with just a smartphone. Roland is targeting these mobile-centric creators with Go:Livecast, a tiny streaming hub that makes it easier to hook up extra gear, adjust audio levels and respond to commenters.

The wedge-shaped hardware has two USB Micro-B ports for power and connecting your smartphone. There's also a "combo type" microphone jack that supports XLR and 1/4-inch TRS cables, and two standard stereo jacks on the left-hand side for headphones and instruments. The Go:Livecast has four twisty knobs for adjusting volume and 10 circular buttons for common streamer actions, such as playing pre-recorded audio and video snippets, muting their microphone and bringing up basic on-screen text. 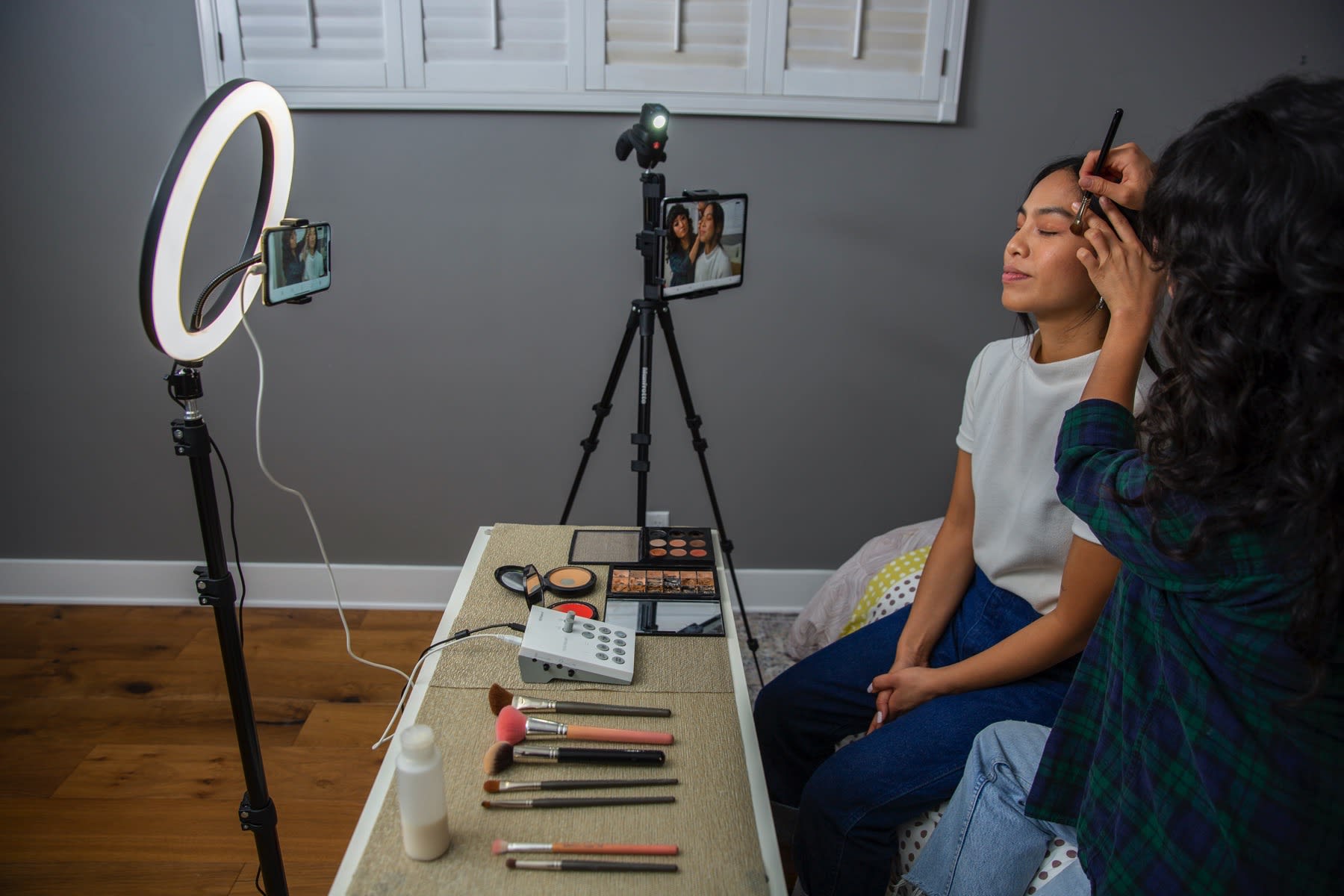 Roland has a companion app that lets streamers sign in and broadcast through Facebook Live, YouTube, Twitch and TwitCasting. It can also be used to switch between the front and rear camera, bring up live chat, and jump to a second smartphone or tablet that's connected over WiFi.

The Go:Livecast follows the band and musician-centric Go:Mixer and Go:Mixer Pro. It's clearly meant for vloggers who want to compete on Twitch and other livestreaming platforms without booting up a computer or buying a dedicated and usually expensive camera. It could, however, also appeal to professionals who want something lightweight for fieldwork.

Roland's Go:Livecast will be available later this month for $249.99.

All products recommended by Engadget are selected by our editorial team, independent of our parent company. Some of our stories include affiliate links. If you buy something through one of these links, we may earn an affiliate commission. All prices are correct at the time of publishing.
View All Comments
Roland's Go:Livecast is a livestreaming studio for your phone