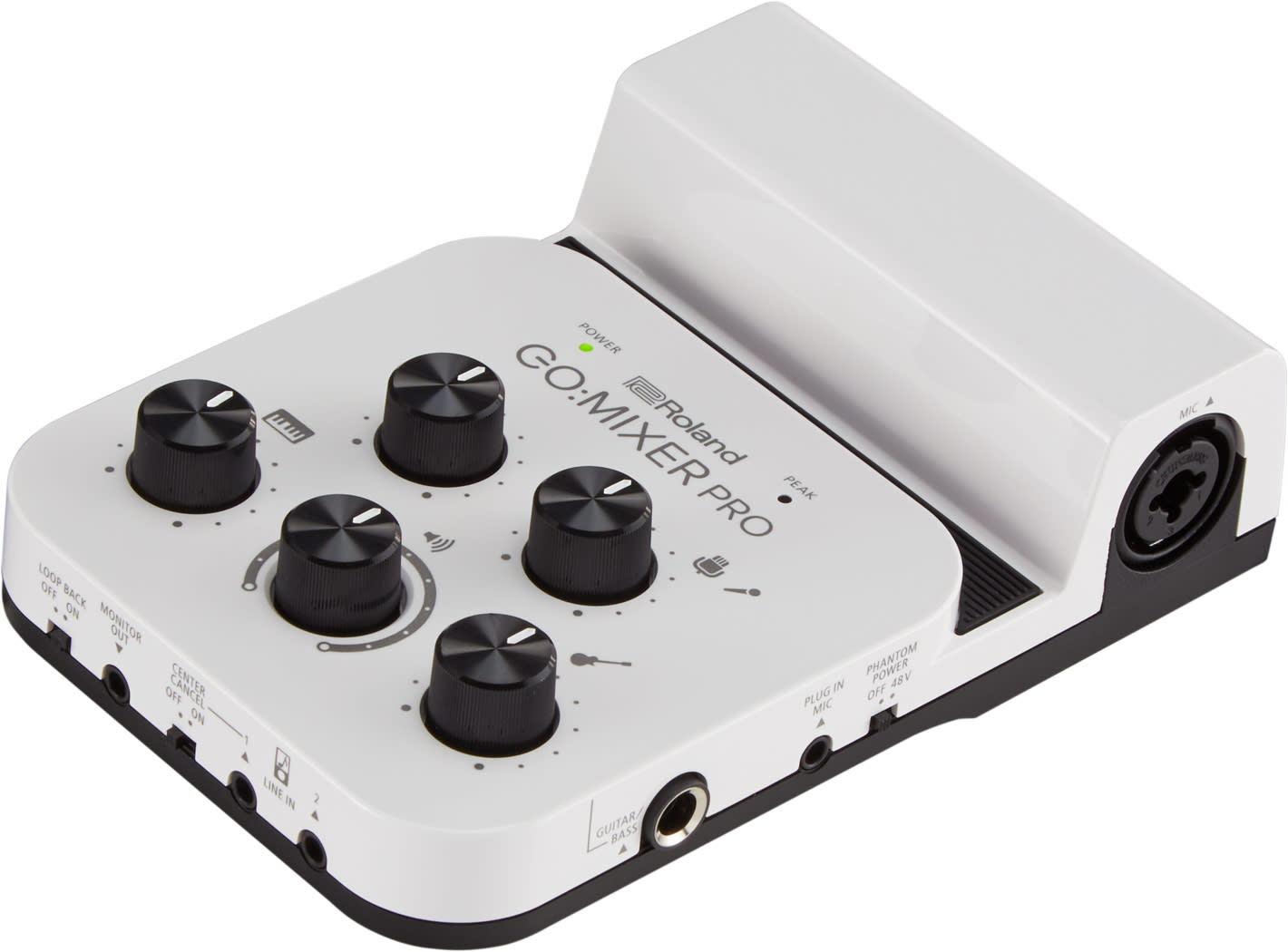 Your phone's mic is fine for quick audio memos and the like, but if you want to record music on it, you need something a little more robust. Roland revealed a palm-sized audio mixer at CES in 2017, a little device called Go:Mixer that could record up to five audio sources to your phone. Now the company has a new version, the Go:Mixer Pro, a similarly small sound mixer that can handle up to nine instruments at one time, including powered mics, guitars, basses and other line-level instruments.

The Go:Mixer Pro has a handy little dock to place your smartphone in while recording audio and/or video of your jam session. It works with Roland's video apps, 4XCamera or Virtual Stage Camera, to create split screen and replace the background of your video, respectively. You power the mini mixer with your smartphone or a AAA battery, and it has a headphone output so you can monitor your performance. You can bring in backing tracks from your smartphone to sing over, and a Center Cancel function that will try and erase vocals for your very own karaoke experience. Unfortunately, there's no mention of price or release date for this tiny mixer just yet, though you can probably safely assume it will run more than the original Go:Mixer's $99.

In this article: audio, av, daw, gear, gomixerpro, mixer, music, roland, video
All products recommended by Engadget are selected by our editorial team, independent of our parent company. Some of our stories include affiliate links. If you buy something through one of these links, we may earn an affiliate commission.