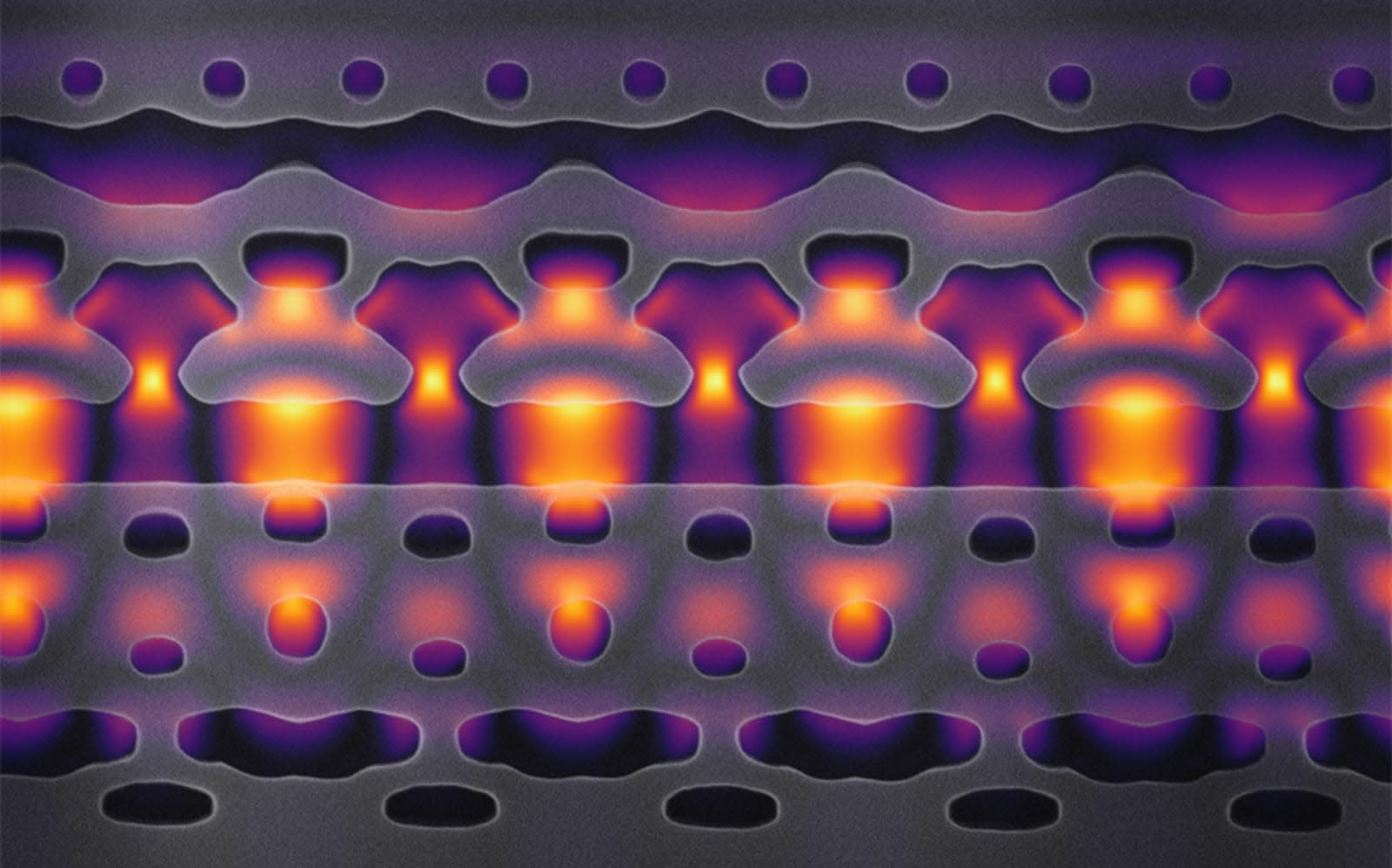 In scientific pursuits, like the search for dark matter, researchers sometimes use high-power particle accelerators. But these giant machines are extremely expensive and only a handful of them exist, so teams must travel to places like the SLAC National Accelerator Laboratory in Menlo Park, California, where Stanford University operates at two-mile-long particle accelerator. This may change, though. Researchers believe they have developed an alternative: a laser-driven particle accelerator that fits on a silicon chip.

Traditional particle accelerators use microwave radiation to boost the speed of electrons, but microwaves measure four inches from peak to trough, so they require more distance to nudge electrons along. The prototype particle accelerator created by a team from SLAC and Stanford uses infrared light, which has a wavelength one-tenth the width of a human hair, so it can accelerator electrons in much shorter distances.

But because the wavelengths are so much shorter, the researchers had to make the rest of the accelerator 100,000 times smaller. To do so, they used inverse design algorithms to reverse engineer a silicon chip that could meet those needs. Then, in the silicon, they etched a nanoscale channel and strategic structures, to guide the electrons and bursts of infrared light. The light pulses 100,000 times every second, and as it does, it hits the electrons, accelerating them forward.

For research or medical uses, accelerators need to boost electrons to 94 percent of the speed of light, or one million electron volts (1MeV). This silicon chip prototype isn't there yet. You would need 1,000 of these to reach those speeds. But researchers think they can make a one-inch chip that accelerators electrons to 1MeV, and they plan to do so by the end of 2020.

Stanford and SLAC compare it to the work engineers once did to compress the power from room-sized mainframes into desktop PCs. They believe it could be used for medical and other scientific researcher. For instance, today, highly energized electrons aren't used for cancer radiation therapy because they are hard to guide and would burn the skin. One of the Stanford researchers, Olav Solgaard, is already working on an application of this chip that would guide the energized electrons through a catheter-like vacuum tube inserted alongside a tumor.

"We can derive medical benefits from the miniaturization of accelerator technology in addition to the research applications," Solgaard said in a press release.

In this article: accelerator, cancer treatment, chip, electrons, infrared, medical, medicine, miniaturization, particle accelerator, research, silicon chip, SLAC, space, stanford university, tomorrow
All products recommended by Engadget are selected by our editorial team, independent of our parent company. Some of our stories include affiliate links. If you buy something through one of these links, we may earn an affiliate commission.