It's only on one new phone for now but could come to others before long.

It's only been about a year and a half since audio mastermind THX announced the first product featuring its new spatial-audio format, which is meant to simulate 360-degree sound from less-advanced devices, like two-channel headphones. As such, there aren't many products that support it, but THX just unlocked a major new category. Today, THX and ZMBIZI jointly announced the first smartphone that supports spatial audio, regardless of what headphones are plugged into it.

I got to try a quick demo of spatial audio on the ZMBIZI smartphone using the just-announced Panda headphones from Drop and THX. Blasting Pink Floyd's "Money" through the Pandas sounded great no matter what setting was activated, but it actually sounded best on the THX-enhanced stereo setting to me. Activating spatial audio removed a lot of the punch and softened things up, though I did appreciate the effect. Perhaps I'm so used to hearing the song in its traditional stereo format that spatial audio didn't add to the experience for me. That said, there are other applications, like watching movies or gaming, where the 360-degree effect could make a lot more sense. I didn't get to try them out, unfortunately. The THX app also lets you set up a personalized profile based on a photo of your ear, which should enhance the effect even more, but I had to make do with the default profile. 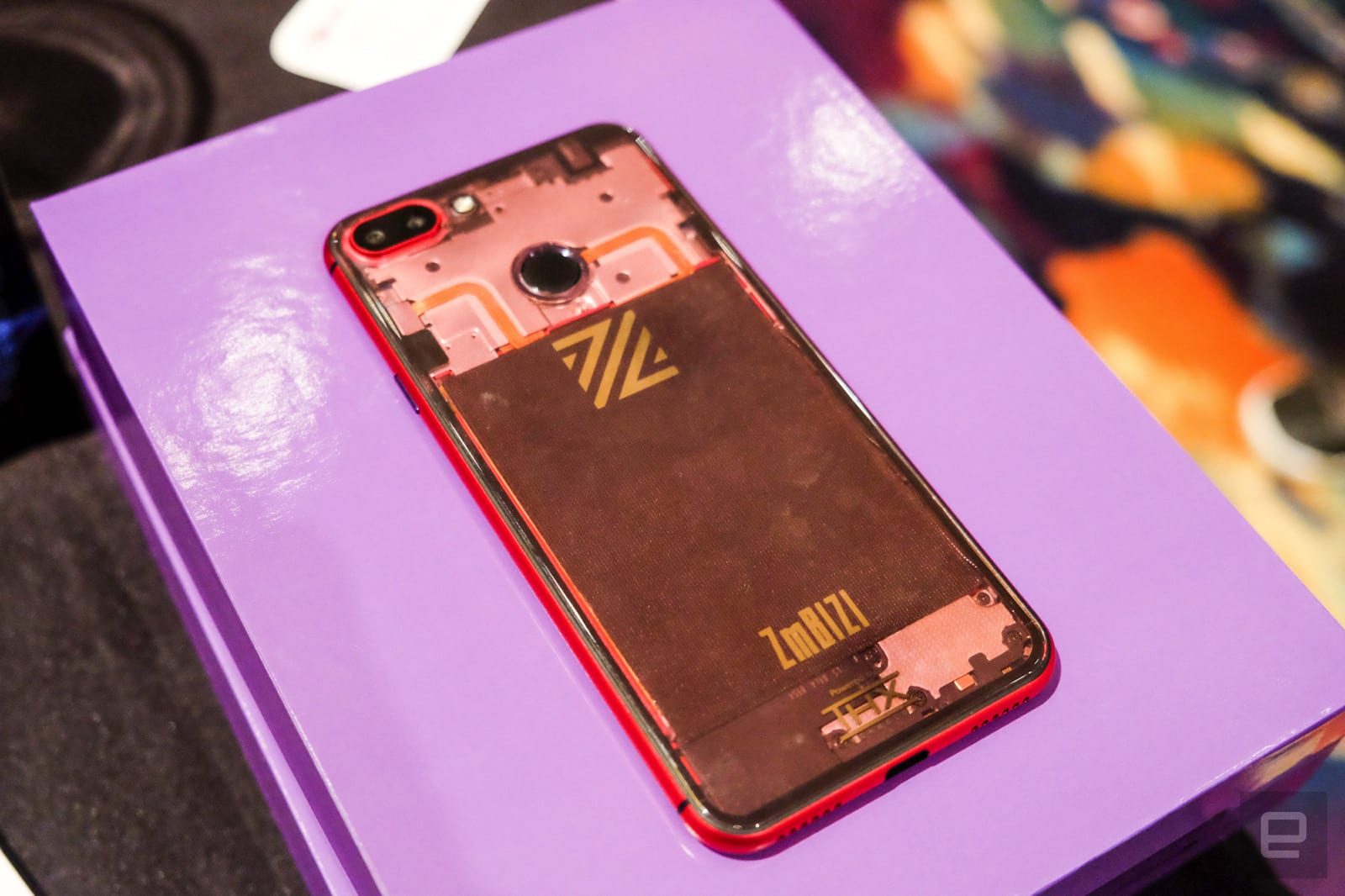 If this sounds like something you want to hear for yourself, ZMBIZI opened up pre-orders for its phone today, and it's expected to ship by the end of February. Aside from support for spatial audio, it's a pretty basic phone running Android 9.0 with a MediaTek Helio P70 octa-core processor, dual SIM slots, 4GB of RAM and 128GB of storage. It also has a fingerprint sensor around the back, NFC for contactless payments and a 6.23-inch display. ZMBIZI says it'll work on AT&T and T-Mobile in the US, and you can pre-order it for $389.

Most people probably would be better served spending that money on a different phone, but it's still notable that THX's audio format is coming to smartphones. The ZMBIZI device felt more like a proof-of-concept device so that THX could say spatial audio is out on the most important devices that most people use. Now that it's working on one phone, it's not hard to imagine more phones featuring the format before long.