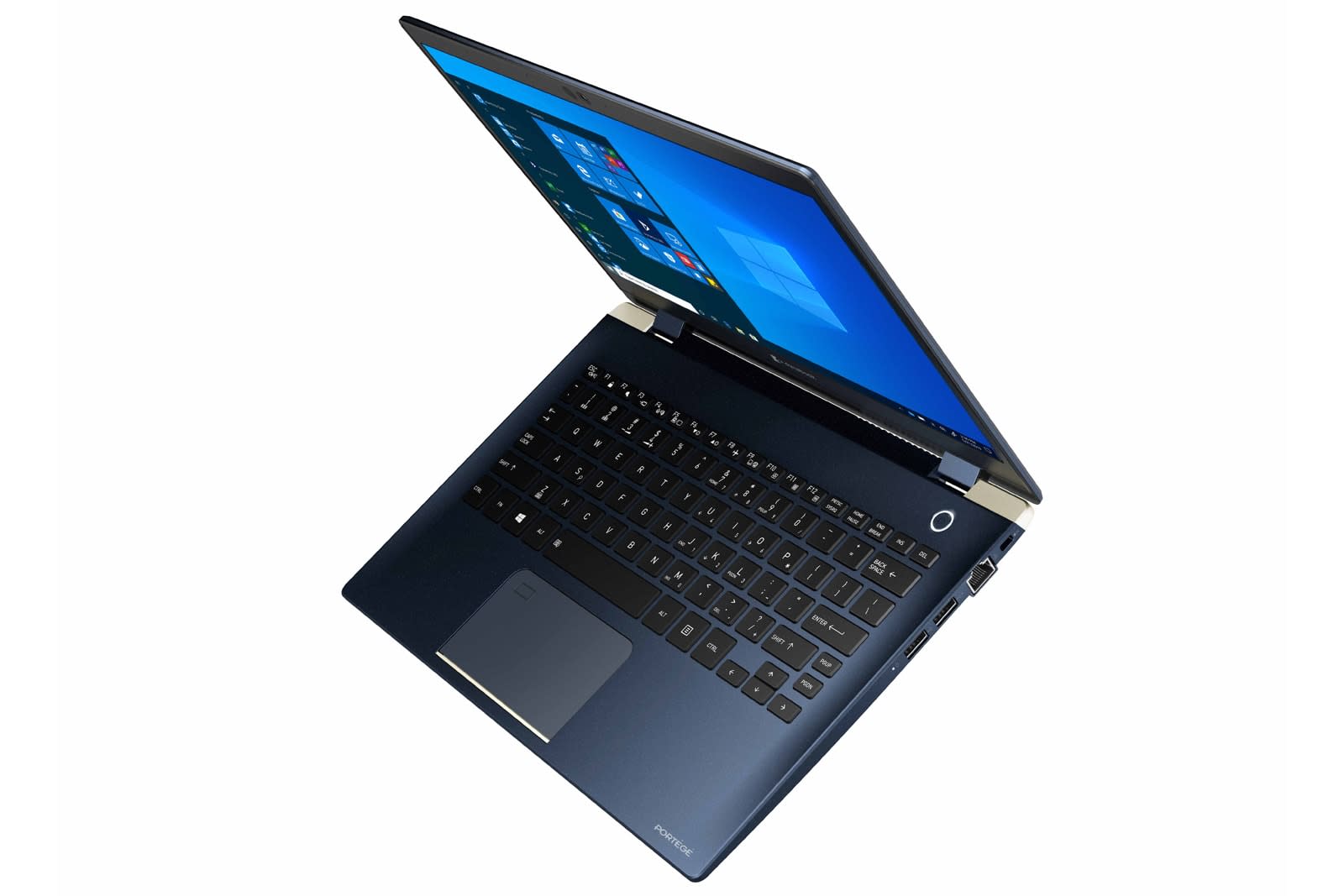 Sharp's Dynabook brand (formerly Toshiba's) might just have a laptop for road warriors who want the lightest possible machine that doesn't make major compromises. It just unveiled the Portégé X30L-G, a portable billed as the lightest 13.3-inch laptop with one of Intel's 10th-generation Core processors inside. It weighs just 1.9 pounds, but still manages to include a U-series processor, a 470-nit IGZO display, WiFi 6 and a healthy selection of ports (one USB-C, two USB-A, HDMI and Ethernet). It even boasts military-grade dust and drop resistance and an estimated 14.5-hours of peak battery life -- we wouldn't count on lasting that long in practice, but it should last through a full workday.

You will have to pay extra for that featherweight design. The X30L-G is due to arrive in February for $1,600, and the company hasn't outlined what specs you'll get for that price. Still, it might be justifiable if you're regularly lugging a laptop between meetings and want to put as little strain on your shoulder as possible.

In this article: ces2020, computer, dynabook, gear, laptop, pc, personal computing, personalcomputing, portege, portege x30l-g, sharp, toshiba
All products recommended by Engadget are selected by our editorial team, independent of our parent company. Some of our stories include affiliate links. If you buy something through one of these links, we may earn an affiliate commission.