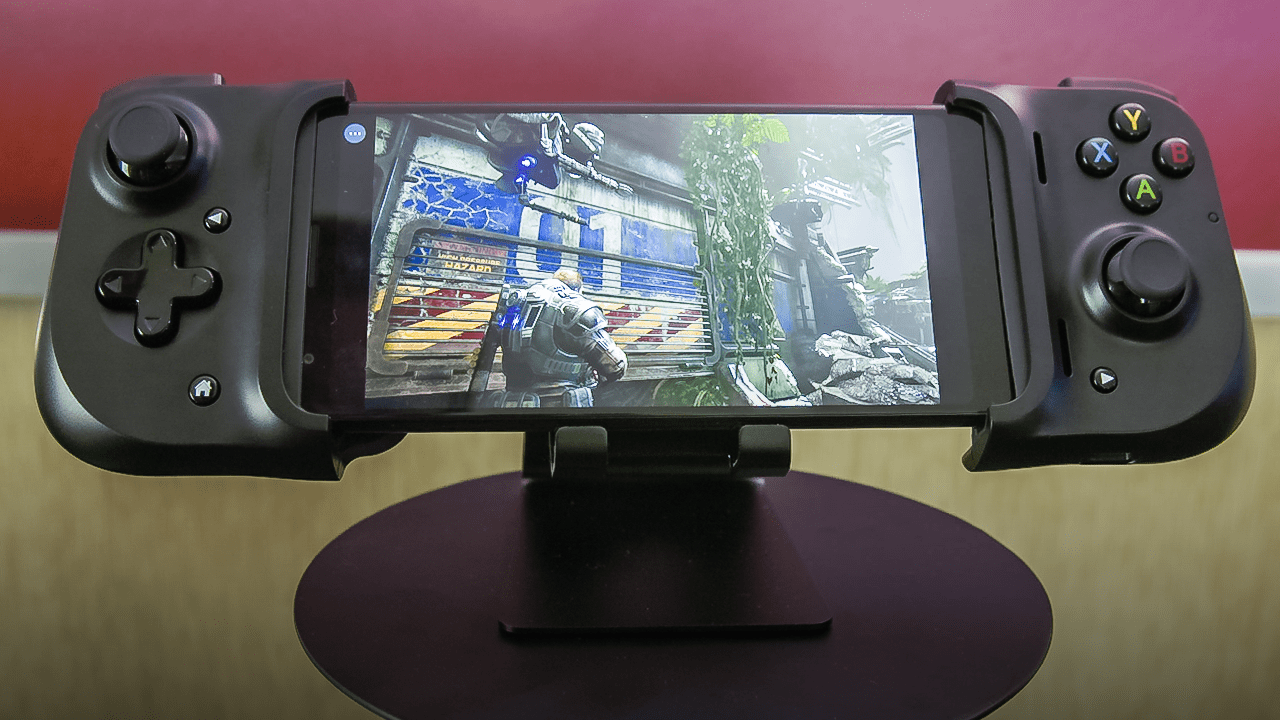 No, that's not a Razer Phone 3 in the photo, but it's a Pixel 3a XL wedged between two halves of a new Razer gamepad. Following the Junglecat, Razer chose CES to launch the Kishi controller, which plugs straight into your Android (via USB-C) or iPhone for lower latency and hence faster response. Obviously, this can be life or death in world of competitive mobile gaming, especially with cloud gaming being pitched as a growing trend in the 5G era. On a similar note, the Kishi provides passthrough charging at the bottom right side, so you wouldn't have to worry about battery life while busy shooting at enemies.

The Kishi comes with a "universal fit" thanks to its Gamevice belt on the back, which stretches to accommodate XL-sized Pixels, most Samsung phones as well as iPhone 7 and beyond. In theory, any recent phone with a USB-C socket or Lightning port positioned in the middle should be compatible (so that's a no-go for my ROG Phone II). When you're done with the controller, the belt can be tucked away to let the two halves click together -- the process of which I found to be a little fiddly. But then again, I was a little jet-lagged as well. 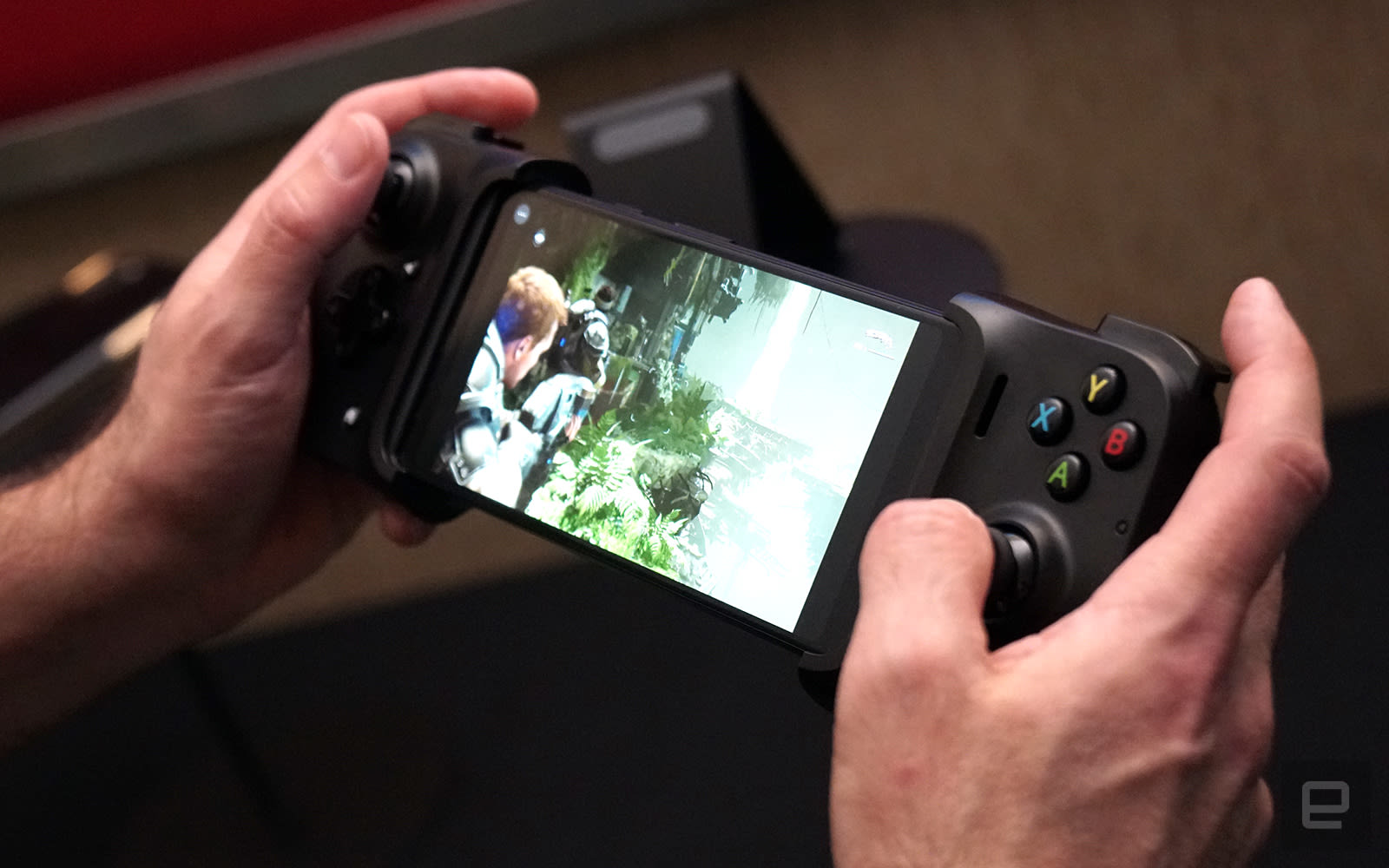 To my surprise, the Pixel 3a XL was running Gears 5 over Project Xcloud (and over slow hotel WiFi), but apart from a few minor hiccups, both the stream and the controls felt fine with no noticeable latency. Still, I wish I had tried a different game over a more solid Internet connection just to be sure. As far as build quality goes, it was just as nice as any other Razer input peripheral I'd come across, and I appreciated the ergonomically shaped handles.

The Kishi will be launching some time in 1Q 2020. While the price is yet to be determined, we were told that it'll be similar to the $100 Junglecat.

In this article: bestofces2020, ces2020, controller, gamepad, gamevice, gaming, gear, hands-on, kishi, mobile, project xcloud, razer, video, xcloud
All products recommended by Engadget are selected by our editorial team, independent of our parent company. Some of our stories include affiliate links. If you buy something through one of these links, we may earn an affiliate commission.