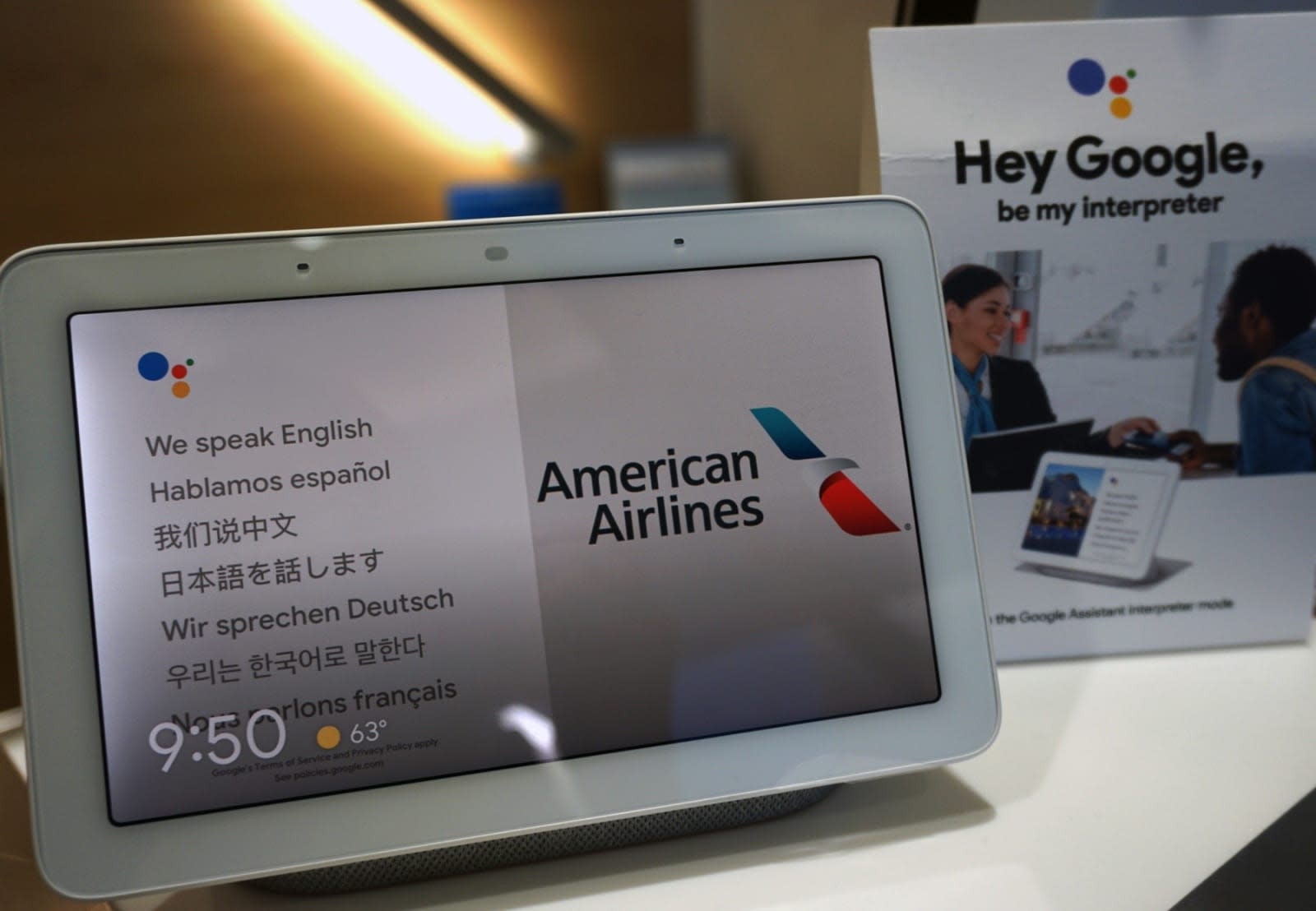 Google Assistant's interpreter mode is helping travelers feel more at home in select American Airlines lounges. The airline has started testing the feature, which we first saw at CES 2019, running on Google Nest Hubs at Los Angeles International Airport's Admirals Club lounges in Terminals 4 and 5. Assistant's interpreter mode can translate 29 languages, including Arabic, French, German, Japanese, Russian, Spanish and Vietnamese, in real time. We found it slow and stilted when we took it for a spin last year, but it's been updated since then and even made its way to phones -- it launched for smart displays and speakers -- in December.

According to American Airlines, interpreter mode will only be used when there's no multilingual team member around to help guests. While it's only currently available in two lounges, a spokesperson told us the company could add more locations at a later date, though there are no definite plans at the moment.

In this article: ces2020, gear, google, google assistant, internet, interpreter mode, transportation
All products recommended by Engadget are selected by our editorial team, independent of our parent company. Some of our stories include affiliate links. If you buy something through one of these links, we may earn an affiliate commission.