We've known about these Nutube-equipped devices for a while, but soon you can buy them.
B. Steele|01.10.20

Korg officially introduced its line of DIY music gear under the Nu:Tekt name in September. Even before it announced the NTS-1 synth, the company had showed off two other devices: a headphone amp and an overdrive pedal. Now that pair is official, and Korg says you'll be able to buy them next month.

Both the HA-S headphone amp and the OD-S overdrive pedal are equipped with Korg's Nutube tech. That's the tiny vacuum tube component that drives the Volca Nubass analog synth. But even before the Nubass was announced, Nutubes were a known commodity because of the amp and pedal Korg is officially announcing today. It, or at least word of it, had made the rounds thanks to music-focused news outlets. 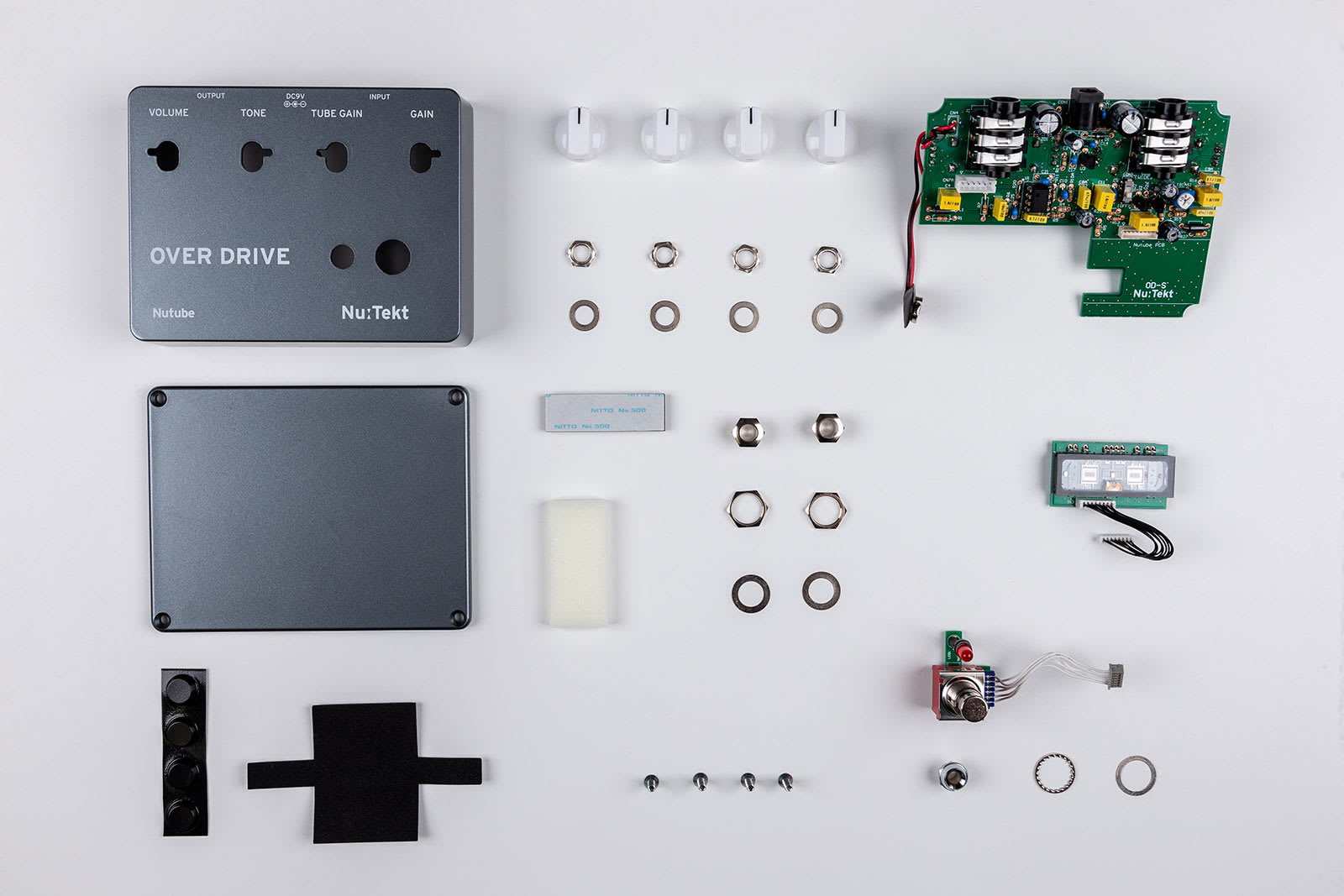 Neither of these two devices require any soldering to assemble, so they're fine for novices and pros alike. For the more adventurous, there are a lot of possibilities for further modding, and Korg provides circuit diagrams to help you along the way. Plus, the Nutube in each one provides a completely analog backbone for both audiophiles and guitar players.

The HA-S headphone amp kit will be available in February for $350. Korg says the OD-S overdrive pedal will go on sale next month too, but the company isn't announcing pricing just yet. If that sounds too pricey for you, but you still want to try your hand at DIY music gear, the NTS-1 synth is available for $100.