Don't be fooled, this thing packs a lot of power in a small package.

Korg may have showed off a prototype back at Super Booth in May, but now the NTS-1 synth is official. The $100 DIY instrument is part of the company's Nu:Tekt line, a series that will "focus on DIY instruments, effects and utilities." The company already has some gear that bears that name, but it seems like this new product is a relaunch of sorts.

Korg isn't announcing much that we didn't already know, but here's the rundown. The NTS-1 features a digital oscillator inspired by the MULTI engine from the Prologue and Minilogue XD. It also works with the logue-SDK that allows you run custom oscillators and effects designed for both the Prologue and Minilogue XD. And as you might expect, you can also make your own. Basically, the NTS-1 doesn't only allow you to assemble your own mini synth, but it allows you to program one too. The NTS-1 packs a multimode filter, one EG, three LFOs and three effects processors (reverb, delay, and modulation) for your sonic creations. There's also a volume control, headphone jack, mico USB port, MIDI input, audio input and sync input/output jacks. 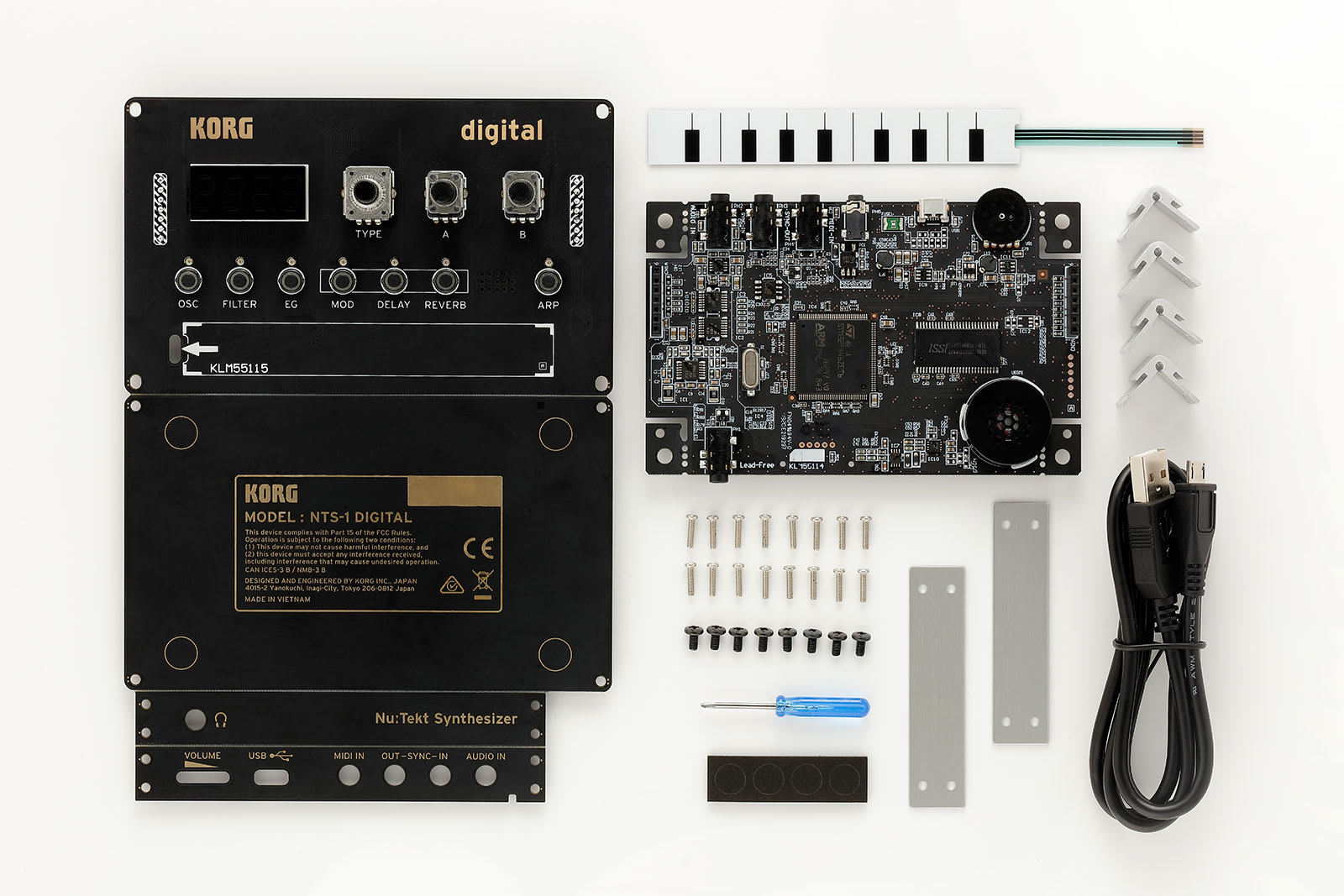 While the NTS-1 is a DIY device that you put together yourself, you won't have to worry about soldering, or even locating your tool box. Korg includes everything you need to assemble this thing in the box -- including a screwdriver. The company has given synth fans something that's both fun and powerful to mess with, and it only costs $100.

The Korg NTS-1 will go on sale in November.