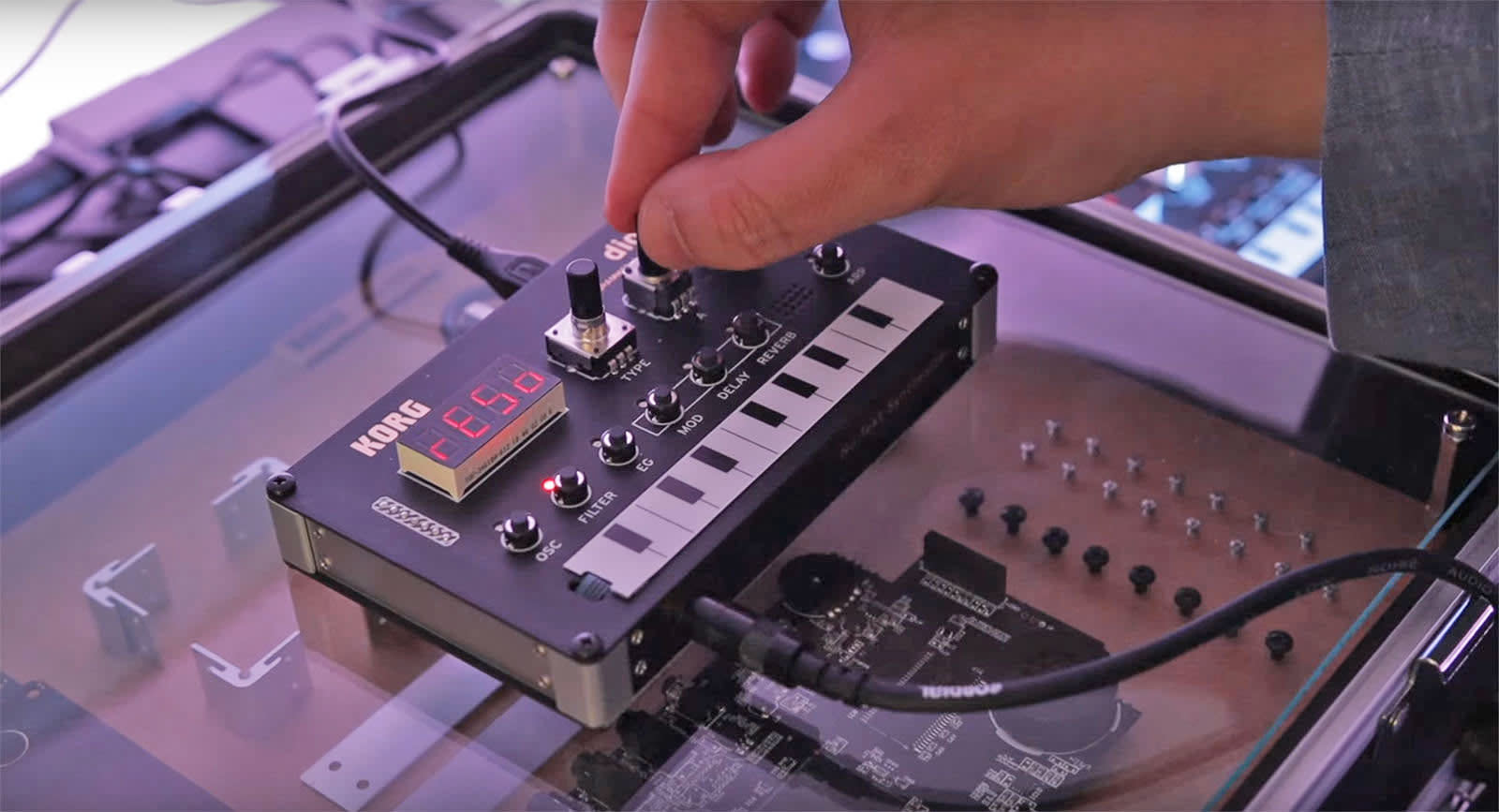 When it comes to tiny synthesizers, Teenage Engineering's Pocket Operators immediately come to mind. Korg may give the company more competition later this year though, and it may take a more DIY approach to do so. At Superbooth 2019 last week, Korg showed off a prototype NTS1 Digital Kit, a diminutive digital synth that's "the evolution" of the development board it released last year for the Prologue's oscillators and effects. Details are scarce for now, and the only thing Korg is saying officially is that it's a prototype.

According to a report from Sonicstate, the device is part of a product line called Nu:Tekt, a group of DIY gear from Korg that you assemble yourself. On a website for Nu:Tekt, there are two devices listed: a headphone amp and an overdrive pedal, both of which use Korg's Nutube vacuum tube technology. Nutube tech is also the star of Korg's recently announced Volca Nubass analog synth. However, it doesn't look like this potentially new entry into the Nu:Tekt line has a Nutube inside, based on the early demos we've seen.

The NTS1 Digital Kit can be assembled without any soldering, so all you have to do is put it together and turn a few screws. It's also based on the custom digital oscillator found in the Prologue and Minilogue XD, a key feature that's part of what makes those synths unique. The design is also reminiscent of the small Korg Monotron and Monotribe synths. This new kit appears to be much more capable than those instruments. For example, this Nu:Tekt synth has 16 custom oscillator slots that you can fill with whatever sonic creations you can come up with.

Korg is no stranger to DIY synths. In 2014, the company debuted an MS-20 kit that allowed you to assemble a version of its iconic synth at home. Again, the company is only saying this Nu:Tekt synth is a prototype at this stage, but according to reports from Superbooth, Korg may ship the NTS1 this fall. And it could do so for $100 or less, which is kind of nuts when you hear what this little box can do.

In this article: audio, av, gadgetry, gadgets, gear, instrument, korg, nts1 digital kit, nu:tekt, superbooth 2019, synth, synthesizer
All products recommended by Engadget are selected by our editorial team, independent of our parent company. Some of our stories include affiliate links. If you buy something through one of these links, we may earn an affiliate commission.