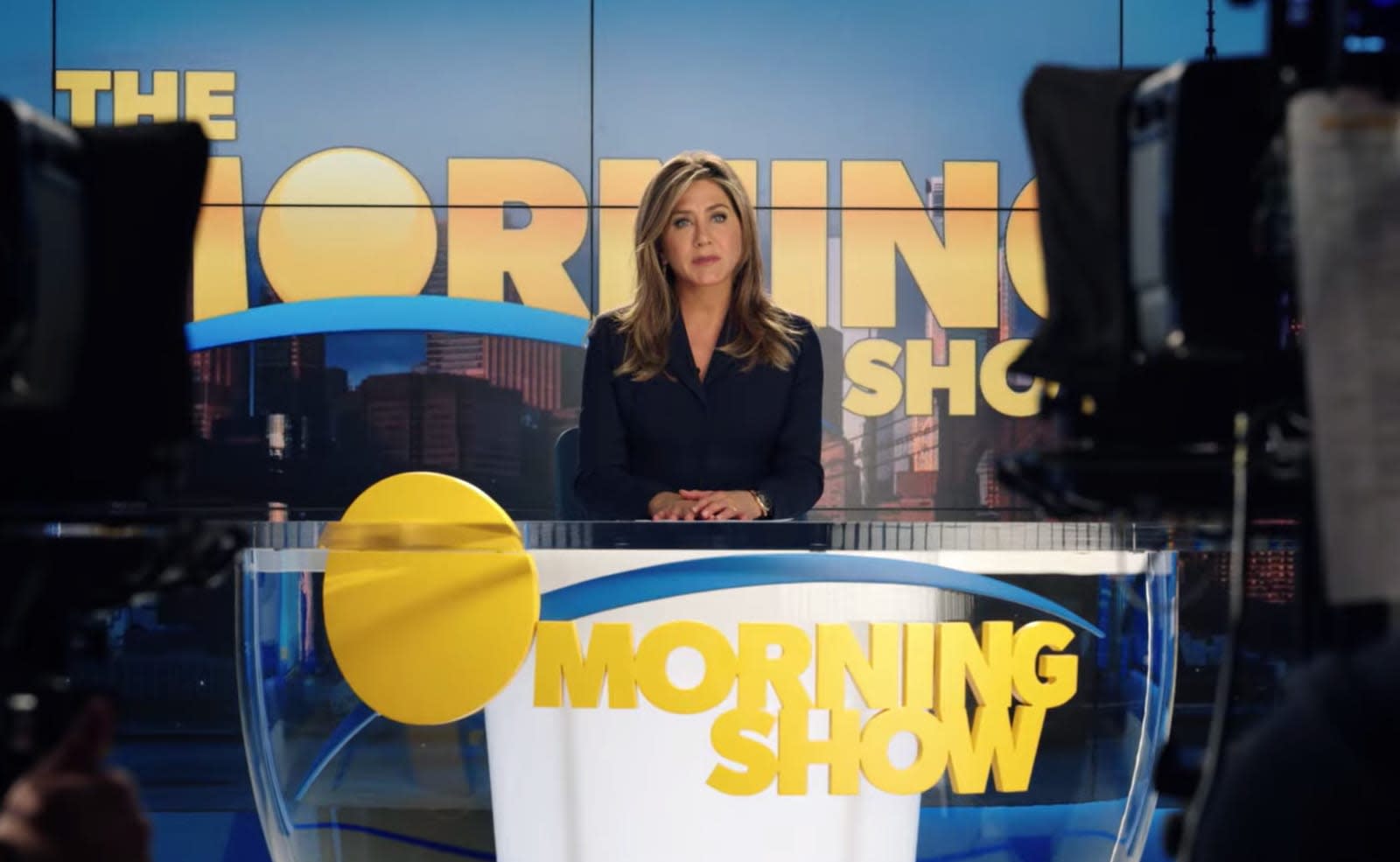 Jennifer Aniston won the Screen Actor's Guild (SAG) award for best female actor in a drama series (The Morning Show). That netted Apple TV Plus a second major awards season prize after its breakthrough Critic's Choice win. Pundits expected the SAG prize to go to Olivia Colman for The Crown, so it represents a small coup for Apple's fledgling streaming service. It was also the first individual SAG award for Aniston, who won as part of the Friends' ensemble in 1996.

Apple had likely hoped for a pair of trophies, as Billy Crudup had won as best actor in a drama series at the Critic's Choice Awards. However, that prize was taken by Peter Dinklage for HBO's Game of Thrones. Another surprise was Amazon's ensemble in a comedy series win for The Marvelous Mrs. Maisel, since Fleabag had been tipped for that prize. "I voted for Fleabag," joked Mrs. Maisel star Alex Borstein. Tony Shalhoub also took the male actor in a comedy series prize for his role in Maisel -- his fourth SAG win.

Still, Fleabag did win in the best female actor in a comedy series for Phoebe Waller-Bridge, who has now won an Emmy, Golden Globe and SAG prize for the show. It also means that Amazon Prime Video took three SAG awards in total, topping all other streamers. Netflix picked up its only prize in the best ensemble drama award for The Crown, nearly getting skunked again after leading all nominees.

In this article: Amazon Prime Video, apple, Apple TV Plus, av, awards, entertainment, Jennifer Aniston, Netflix, SAG, Screen Actor's Guild
All products recommended by Engadget are selected by our editorial team, independent of our parent company. Some of our stories include affiliate links. If you buy something through one of these links, we may earn an affiliate commission.