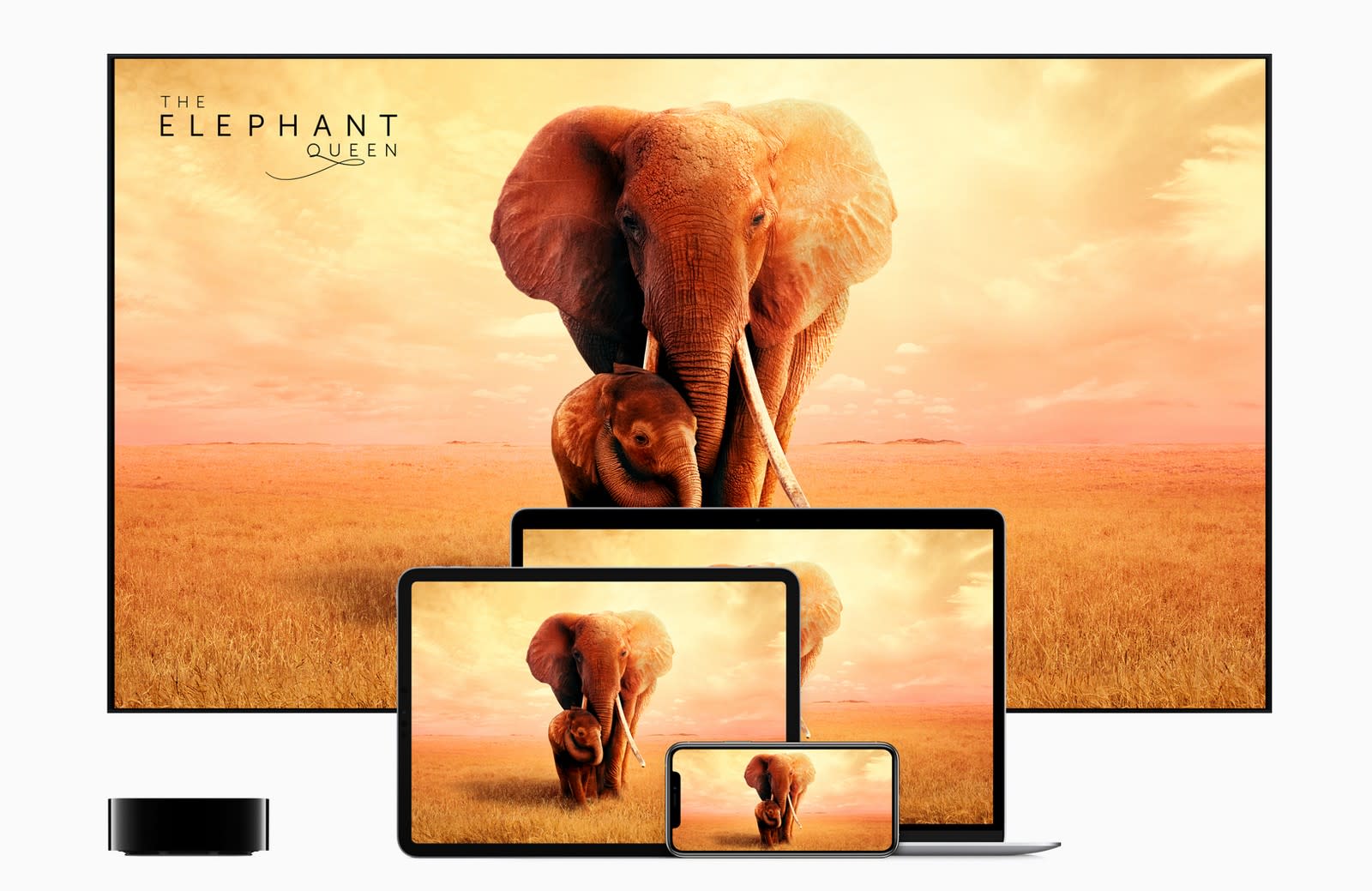 Apple has considered producing podcasts to support its slate of original TV+ shows and movies, according to Bloomberg. The company reportedly sent out a call for pitches last summer and has since had discussions with the producers of its shows about making audio programs. Bloomberg says the company's goal in dipping its toes into the world of podcast production is to promote Apple TV+.

If the report is accurate, the move would make a lot of sense for Apple. By virtue of coming pre-installed on all iOS and macOS devices, the company's Podcasts app is one of the most popular distribution platforms for the format. Additionally, Apple is obviously heavily invested in the success of TV+, with the company going out its way to secure content from high-profile creators like Steven Spielberg and Ronald D. Moore.

It would also make a lot of sense from the perspective that a competitor like Netflix frequently releases companion podcasts to support its original programming. Besides one for The Crown, the streaming giant has also created audio shows for Wormwood and Stranger Things, among others. Fans also frequently produce unofficial podcasts devoted to their favorite shows. In both cases, Apple would be tapping into something that's already a trend in the industry.

In this article: apple, Apple TV Plus, Apple TV+, av, gear, services
All products recommended by Engadget are selected by our editorial team, independent of our parent company. Some of our stories include affiliate links. If you buy something through one of these links, we may earn an affiliate commission.