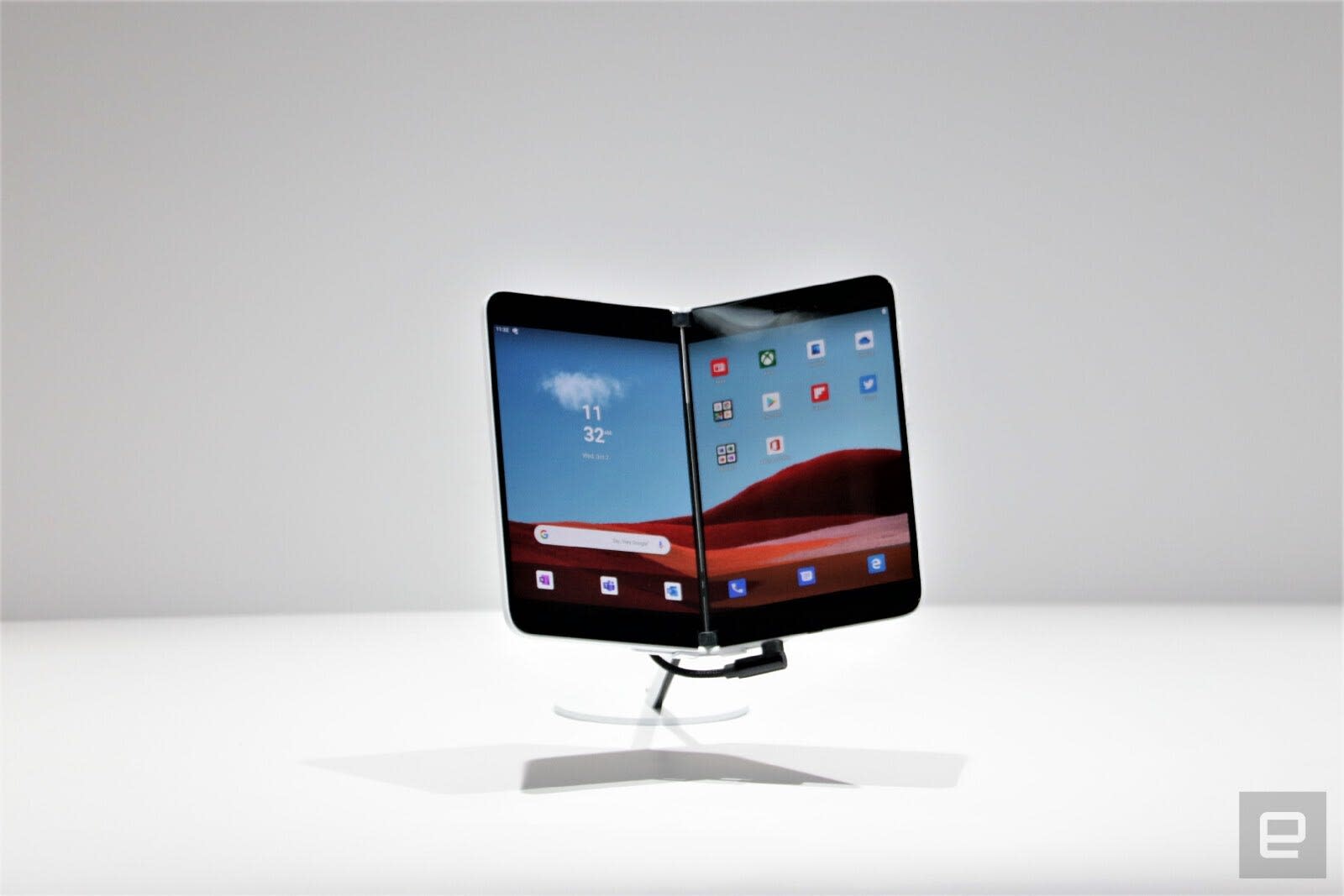 Microsoft has moved one step closer to making its dual-screen Surface devices a practical reality. The tech giant has released a preview toolkit to help developers make apps for its Android-powered Surface Duo, including Java frameworks and emulation that can handle the two-screen device. This is rough code, to put it mildly, but it should help studios get started on the apps you'll use when the Surface Duo arrives late in the year.

People who want to write apps for the Surface Neo and Windows 10X will have to wait a while longer. Microsoft is planning to offer a pre-release version of the relevant Windows developer kit "in the coming weeks" through its usual Insider previews, with a 10X-ready emulator and programming interfaces appearing on February 11th.

The months of lead time should result in a fair amount of apps for both the Duo and Neo when they're ready. Just how many is another question. That might depend on how quickly Microsoft releases more polished developer kits, not to mention overall interest -- you'll only see widespread support if app writers think the new Surfaces (and Windows 10X) hold a lot of potential.

Here's a quick look at some of the (unfinished) navigation gestures that are part of the Surface Duo. This build is pretty buggy, but still interesting to see. pic.twitter.com/Jra1xVfZl2

In this article: android, developer, gear, microsoft, mobile, sdk, smartphone, software developer kit, surface duo, surface neo, video, windows, windows 10x
All products recommended by Engadget are selected by our editorial team, independent of our parent company. Some of our stories include affiliate links. If you buy something through one of these links, we may earn an affiliate commission.