Fans have been waiting for this feature since the Apple's mobile launch event.

There's a good chance you didn't know iOS 13 allows apps to record videos with multiple cameras at the same time; after all, there's hardly any software out there that does the trick. That's where the team behind the popular iOS camera app FiLMiC Pro comes in. They were the first to show off simultaneous video recording using multiple iPhone cameras (at the iPhone 11 launch event, no less), and now they're making that functionality available in a free new app called DoubleTake.

You read that right: A new app. The company's press release doesn't make clear when or if this multi-camera recording feature will wind up in its flagship FiLMiC Pro app, but DoubleTake works well enough as a standalone that it's well worth installing anyway. There are, however, a few caveats to keep in mind: The maximum resolution of your DoubleTake recordings tops out at 1080p thanks to some internal limitations, and if you're using an iPhone XS, XS Max or XR, you can't use the app to record with both of the rear cameras -- only one or the other, plus the front-facing camera. (iPhone 11 Pro and Pro Max users, meanwhile, can shoot video with the wide and ultra-wide cameras at the same time.) 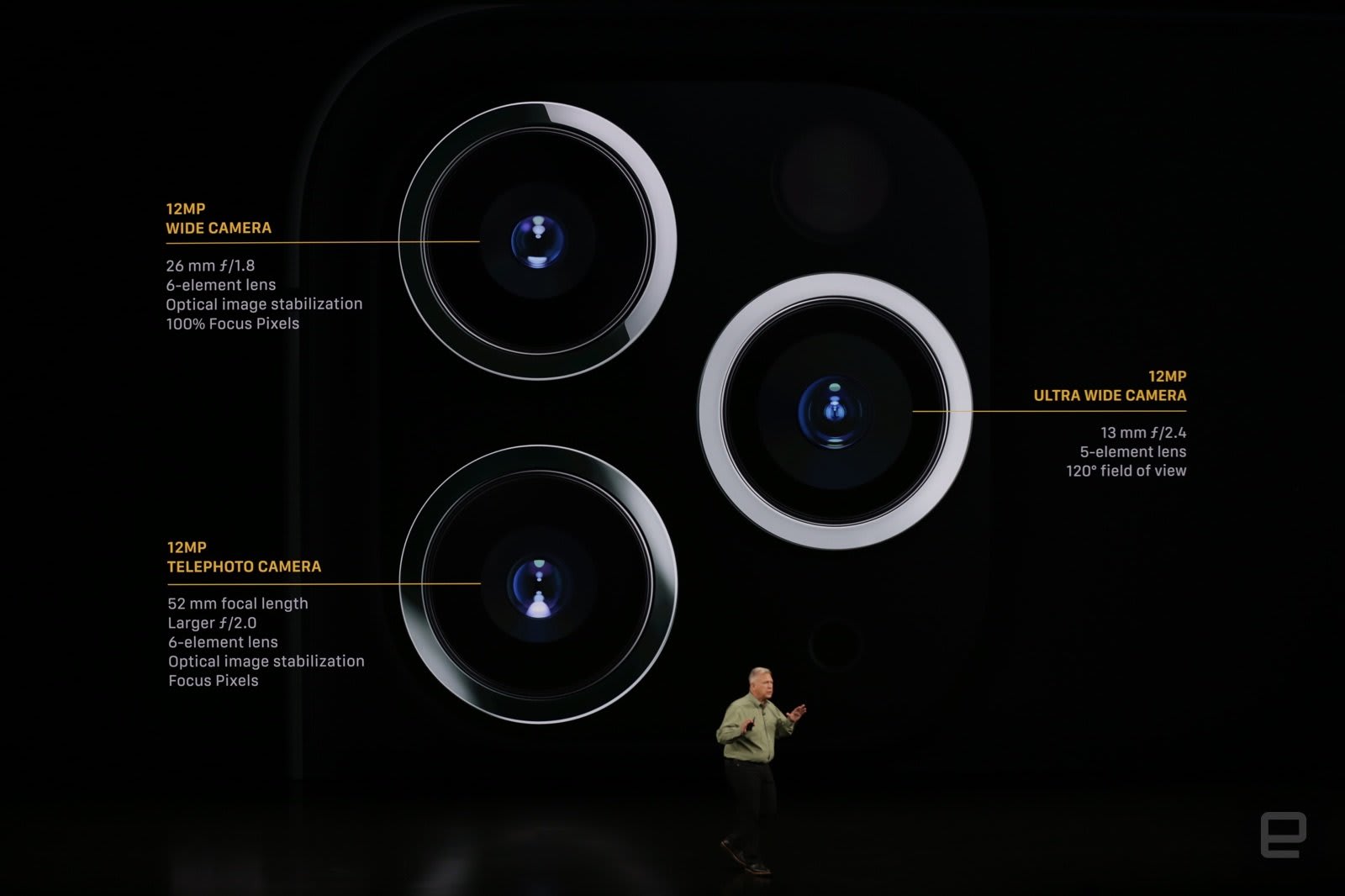 Apart from all that, the biggest shift in FiLMiC's approach here is that DoubleTake is remarkably easy to use. Just select the cameras you want to capture footage with, pick your frame rate from three options (24, 25 and 30FPS), set focus and let 'er rip. All you really have to do from that point is choose how you want to see the inputs from the cameras you're recording from -- split-screen is an option, as is picture-in-picture. The resulting h.264 files can be exported to your Camera Roll for further editing, and, well, that's about it.

The app itself lacks many of the fine-grained controls found in the FiLMiC Pro app, but that just means it's much easier to pick up and start using -- the company is pitching it as a tool for everything from "professional broadcast-style news interviews to YouTubers capturing multiple angles during live events." We'll see about that, but one thing already seems clear: Content creators just got a fantastically flexible tool at a crazy bargain.

Turn on browser notifications to receive breaking news alerts from Engadget
You can disable notifications at any time in your settings menu.
Not now
All products recommended by Engadget are selected by our editorial team, independent of our parent company. Some of our stories include affiliate links. If you buy something through one of these links, we may earn an affiliate commission. All prices are correct at the time of publishing.
View All Comments
FiLMiC's multi-camera video tech comes to the iPhone 11