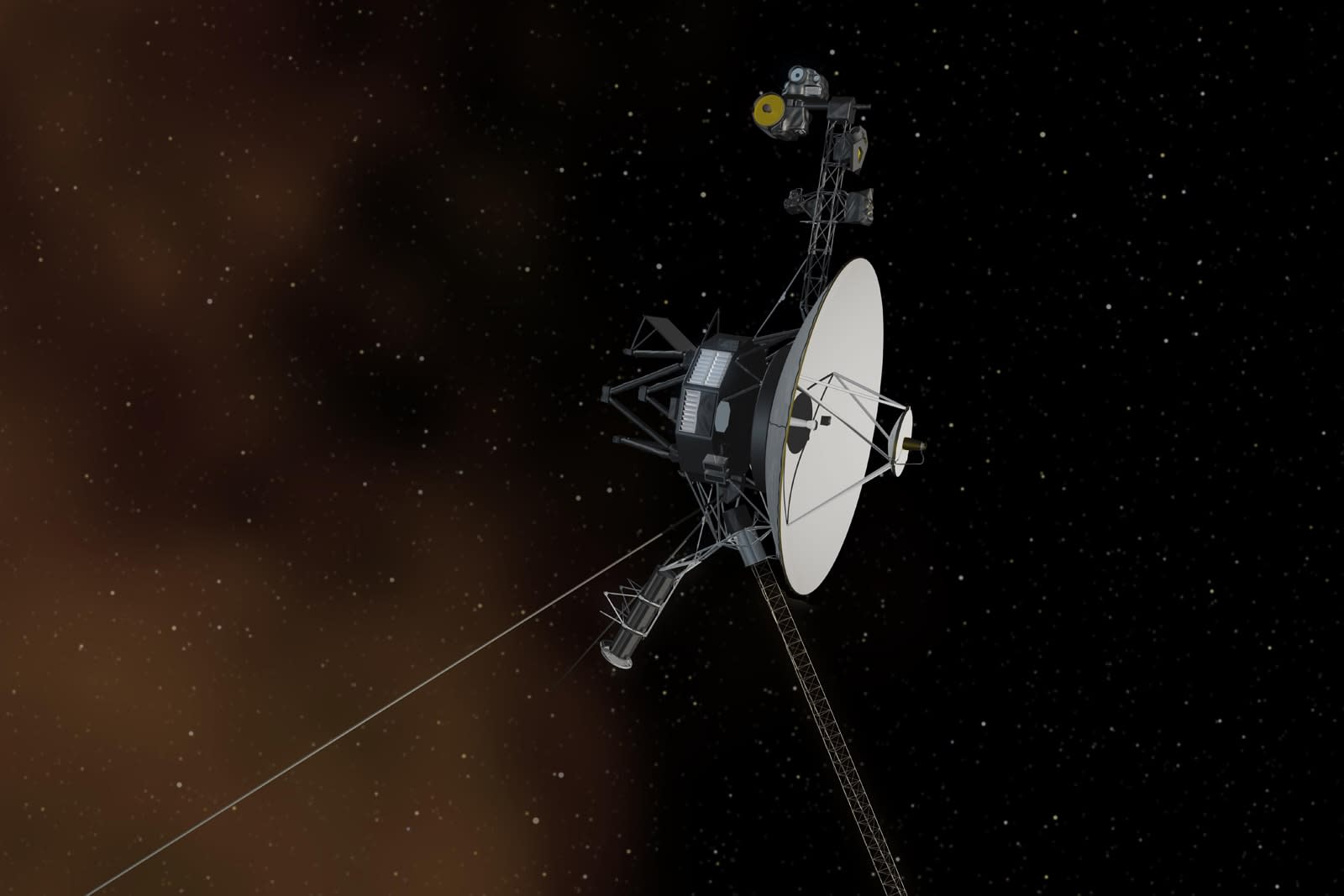 Voyager 2 might already have crossed into interstellar space, but that isn't stopping NASA from providing some technical help. The administration is in the midst of fixing a problem with the probe that led it to shut off its science equipment. When a delay in the execution of a standard rotation maneuver (to calibrate the magnetic field instrument) left two high-power systems running at the same time, Voyager 2 overdrew from its power supply and tripped a system that shut off the scientific gear to conserve electricity. NASA turned off one of the power-hungry systems and revived the science hardware, but has yet to resume collecting data or otherwise restore business as usual.

It might take a while before NASA can safely give the all-clear. As we write this, Voyager 2 is just shy of 11.5 billion miles from Earth. Even with communication at the speed of light, engineers have to wait 17 hours to receive info and another 17 beyond that to verify that a command was successful.

Even so, it's notable that the probe is still viable in the first place. Besides the hazards of space itself, Voyager 2 has to deal with the decay of the radioactive material that provides power. It loses about 4W of available power per year, forcing the team to shut off equipment as the demands become too much to handle. While NASA can't prevent Voyager 2 from going silent (likely no later than 2036), it's clearly determined to keep the craft calling home for as long as possible.

Here's the skinny: My twin went to do a roll to calibrate the onboard magnetometer, overdrew power and tripped software designed to automatically protect the spacecraft.

Voyager 2's power state is good and instruments are back on. Resuming science soon. https://t.co/4buDM32bap pic.twitter.com/4T856Lpxjm

In this article: nasa, probe, science, solar system, space, tomorrow, voyager 2, gear
All products recommended by Engadget are selected by our editorial team, independent of our parent company. Some of our stories include affiliate links. If you buy something through one of these links, we may earn an affiliate commission.