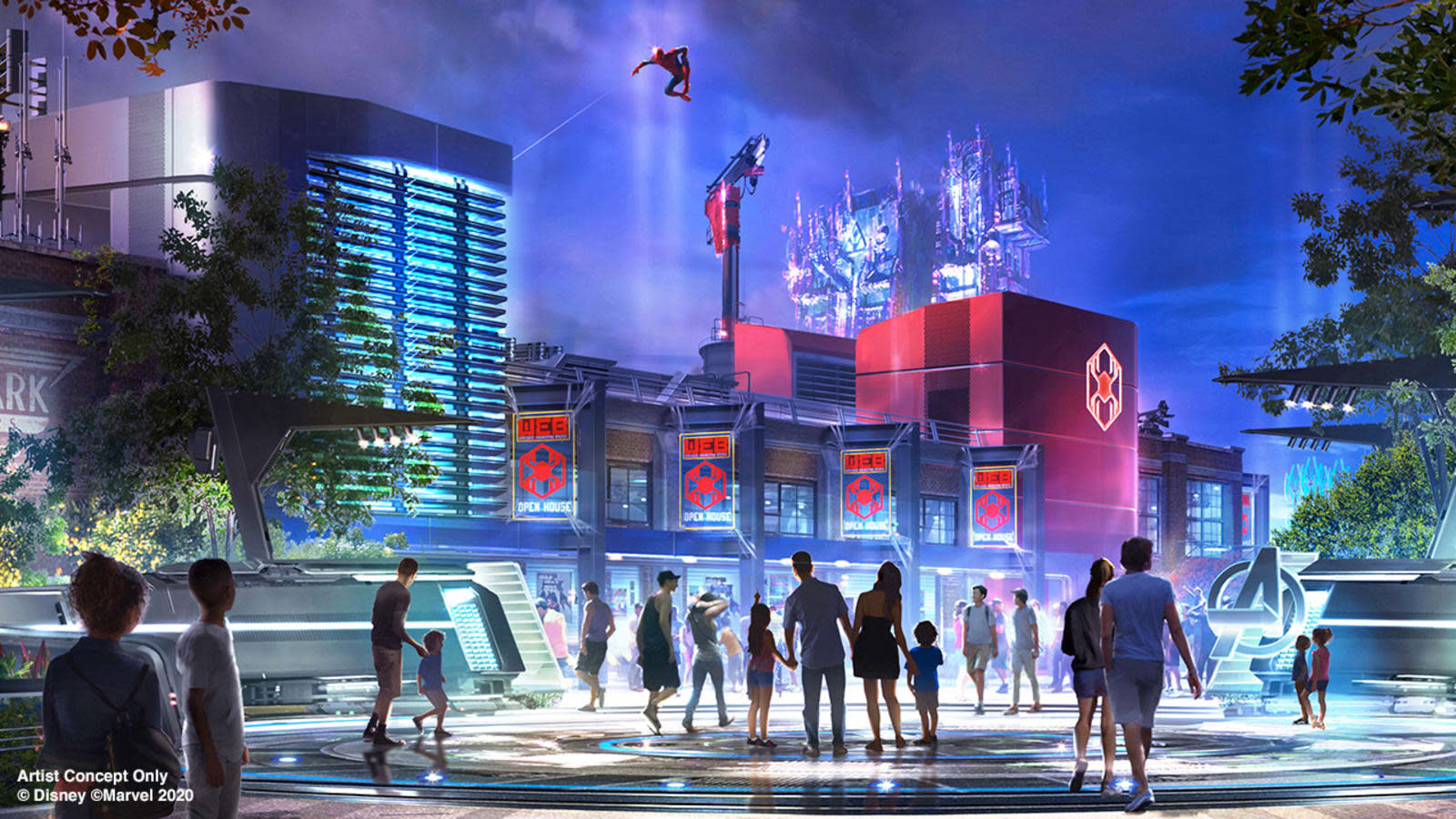 Spider-Man will soar over Disneyland's Avengers Campus in summer of 2020, DisneyParks announced, despite an ongoing dispute over the film version of the character. According to a video released by the park, Spidey will swing high into the air over the attraction, do some cool flips and other moves, then disappear below the buildings. What's more, he'll be wearing a new suit designed by Marvel's head of visual development, Ryan Meinerding.

Disney said that the "World Engineering Brigade" (aka WEB) will house the new Spider-Man attraction and let guests websling alongside the friendly neighborhood hero. You can get an idea of how the animatronic hero will work via a video from the Disney+ series The Imagineering Story dug up by SlashFilm (below).

It looks like the animatronic character is fitted with articulating robotic joints, then flung high into the air by some sort of bungie mechanism. Once airborne, he can do all kinds of Spidey-like maneuvers including flips and legs-akimbo web-spinning. The figure is then captured by a net when he lands.

Other attractions at Avengers Campus will include the Pym Test Kitchen eatery that use Ant-Man and the Wasp's shrink/grow tech to create super-sized and super small foods. Guests will also be able to team up with other heroes like Black Widow, Doctor Strange, the Guardians of the Galaxy, Black Panther, Dora Milaje, Thor, Loki and Iron Man. There's also Avengers Headquarters "where guests may witness Earth's mightiest heroes springing into action at a moment's notice all over the building," Disney wrote.

In this article: animatronic, Disneyland, entertainment, robots, Spider-Man
All products recommended by Engadget are selected by our editorial team, independent of our parent company. Some of our stories include affiliate links. If you buy something through one of these links, we may earn an affiliate commission.